TIPS ON WATCHING THE ROYAL WEDDING

In case you’ve been shunning all media, or media-savvy friends, for the past couple of months, I’m here to remind you that the Royal Wedding, of Prince William to Kate Middleton, will be happening on what is officially tomorrow morning, but what’s really very late tonight. (As they say, check you local listings.) For us on the West Coast, that means we have to get started at around midnight and go to about 6 or 7AM to catch every second of the festivities. Many stations will repeat it all tomorrow, but I’m really hoping to watch it live. 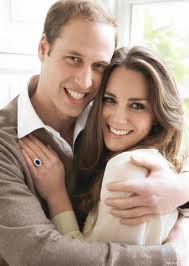 All I’m hoping for, besides the post-wedding kiss on the balcony, is good weather and safety for all in attendance. I doubt that almost thirty years ago, when Princess Di married Prince Charles, anyone even gave a second’s thought to what crazies might be planning. It’s a shame how scary our world has gotten.

But, maudlin thoughts aside, I’m here to give you some clues of how to get the most enjoyment out of watching the nuptials and attending ceremony. I was hoping to be in New York already to watch with my little mo and some fun friends, but then I realized that none of my pals are that much fun, and want to get up that early even less than they want to have fun in general! (And some of them actually have jobs.) So, I’m staying put and hoping that Mr. X will join me, which I think he will. At least until he falls asleep. But, since he can stay out krumping all night once a week, maybe all I’ll have to do is put on some back beats. Fingers crossed.

So, here are just a few suggestions for Royal Wedding watching in the comfort of your own home: 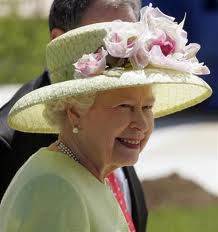 ATTIRE: You absolutely must wear gloves and a hat! It’s mandatory. And not just an ordinary hat–it must be a milliners’ dream. The half hats, that stick close to your head, with tasteful flowers, are the order of the day. The only problem I find for the actual attendees is that everyone’s hat will obstruct another guest’s view! Lucky thing that that won’t be a problem in our own private homes, so go for it. And don’t forget the skinny gloves. Even if the rest of your ensemble is pajamas and a bathrobe. (Don’t forget to take pictures.)

REPAST: As many of you know, my real area of dining expertise is Afternoon Tea, and I’m very serious about it. I was originally going to suggest doing one for the wedding, but could just not bring myself to suggest it at such an improper time. And then I remembered elevenses. It’s actually a meal that’s akin to my precious afternoon tea, but eaten in the morning instead. (At 11-ish AM, to be exact. Hence the name “elevenses!” Duh.) 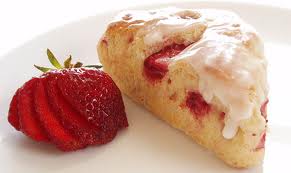 It can have several courses and varieties of food, but should always include cake/biscuits and tea/coffee. As with tea service, I recommend at least scones with clotted cream and jam (my mouth is actually watering as I write that,) and tea with milk and honey. Scones are very filling, so, with all the accoutrements, they should get you though at least the first few hours of coverage. You can supplement them with a basket of fresh strawberries and cream, in any form, and be happy that at least you’re getting a fruit portion in early in the day.

And, for today’s purposes, don’t forget the champagne and wedding cake. And make sure to pick-up your teacup with your pinky out to the side!

EXTRAS: I suggest you have at least one big box of tissues handy, just in case. You may think you’re above the emotion of it all, and are just watching for the history of it, but trust me, I think we’ll all get a little teary-eyed.

And, since this is England we’re talking about, and we want to keep up their traditions for this special occasion, you don’t even have to brush your teeth for the wedding! I’m just saying.

AFTERMATH: I assume that, after staying up overnight, hopefully, to watch the proceedings, I won’t have strength to write a column tomorrow. But I’ll do my best to review the all the pomp and circumstance, and the attending coverage, next week. But don’t expect my humorous bon mots for sure–I take my royal weddings seriously!

Whether you watch live, with me, or later on re-caps, have a fabulous Royal Wedding Day. Remember, they’re few and far between, so enjoy. Ta-ta for now. Cheerio!