Trending
You are at:Home»TRIBUTE»TRIBUTE: LYNN REDGRAVE TRIBUTE
By Karen Salkin on May 4, 2010 · TRIBUTE

I woke-up yesterday to the shocking news that one of our finest actresses, and someone I’ve known for half my life, Lynn Redgrave, had passed away. I’m still in shock today. I knew that she had been battling breast cancer, but for me, this was totally unexpected. What a loss.

My first professional acting job was opposite Lynn! Can you imagine? A young girl fresh off the BMT from Brooklyn, with no acting chops to speak of, and I had to perform with the venerable Lynn Redgrave! I was terrified! But she put me at ease right away. 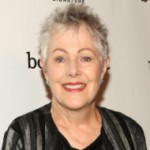 She’s one of the first people who told me to keep at it, and take whatever comes along in the field because “work breeds work.” I know that’s a known statement, but Lynn’s the one who taught it to me.

She was funny, too. Mr. X and I knew her well for a few years back in the day, and had seen her occasionally in recent ones. She always went along with our humor and added to it. When we saw her one-woman show, Nightingale, at the Mark Taper Forum a few years ago, I gave it a good review, and then she won a Los Angeles Drama Critics Award for it. I wrote to congratulate her and said, “We were really happy for you, but not surprised. Actually, I think my glowing review of your show put the voters over the top, don’t you? (Yeah, right!)” Lynn wrote right back, saying, “And yes I’m sure it was your review that did it!!”

Lynn and Mr. X worked together for awhile, and you can tell they had a mutual admiration society. Every time I saw her, she was doing one of his “bits,” which was funny to see–a beautiful, classy English actress trying to emulate the humor of a funny Jersey boy. She never knew quite what to make of me, (I don’t think I was exactly her cup of tea,) but seemed to enjoy me anyway. And I was always welcomed at her many parties, even if Mr. X couldn’t make it.

My first Thanksgiving with Mr. X, we didn’t have any mutual friends, and neither of us cooked. (Shockingly, we do a little now.) I kept praying that Lynn would invite us to be with her family, because her’s had been the very first Hollywood party that he had taken me to. And I was there when she actually did that just, by phone to Mr. X. Him being the shy guy that he is, he declined the invitation, but I sat around his apartment all day, wearing my version of English gear, just in case he changed his mind. Even without going, it meant so much to me that we had been invited to Lynn Redgrave’s house for something so special and private as Thanksgiving!

We hadn’t seen her for a few years, and when we surprised her backstage at her Taper show, she squealed when she saw us, and started doing her Mr. X-themed shtick–same old Lynn. She immediately invited us to her private after-show party, and made sure we sat with her, with a look of bemusement at everything I said. I love a classy woman who can get down in the trenches with my strange Brooklyn-girl mind. She treated everyone with respect and kindness, and I was just one little recipient of that wonderful attitude.

In all my subsequent years in the business, I’ve never met anyone like Lynn Redgrave. I’m sick that we’ll never see her again, but extremely grateful to have known her to the extent that I did. I know that I’ve been a better person to have been touched by her class.

My heart goes out to her children, sister, and grandchildren. Lynn’s passing is truly a loss to the world.