Trending
You are at:Home»Uncategorized»MISCELLANEOUS: 200th COLUMN
By Karen Salkin on November 29, 2010 · Uncategorized

I’m hoping you all had a lovely Thanksgiving and ensuing week-end. Since this was my first one without Clarence, I’m just grateful to have gotten through it. (Actually, since we have always watched the Macy’s Parade together, I’m glad for him that he missed the absolutely dreadful Marissa Jaret Winokur’s inane, full-of-herself-yet-so-obviously-insecure commentary on the already-awful CBS coverage.) 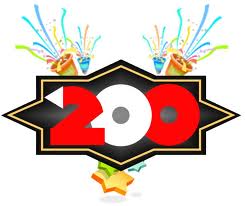 Anyway, I feel like I just got finished posting my 100th column, and here we are already at the 200th!!! I feel like A-Rod celebrating his hundreds of home runs, though not all of my bon mots have been such.

Here is some of what I wrote for my 100th, and all these thoughts still apply:

“I super-appreciate all the support I’ve gotten during this endeavor, from creating www.itsnotaboutme.tv, through all of its growing pains. I’m so happy to bring you an eclectic mix of thoughts and reviews on a daily basis, and plan to continue to do so for a long time to come, knock on wood.

Right up front, I want to thank Mr. X for always encouraging me, my mystery web manager (what’s with all my men who don’t want to be identified?,) my friends, publicists I’ve enjoyed working with, and most of all, you, the readers. If a tree fell in the forest….”

And now, I’ll add some current topics, to bring us up to date.

The American Music Awards basically sucked this year, (they happened last week-end,) so that’s why I didn’t bothering reviewing them.

My thoughts on Dancing With The Stars are more abundant, so here they are:

First of all, even though Mr. X and I gave all our votes to Kyle and Lacey, we’re fine with Jennifer and Derek winning. “Old girl” power. But—- there’s no way she would have won if the producers had partnered her with anyone else. If she had been with Louie Van Amstel or Jonathan Roberts or Corky Ballas, the guys who usually get the older females, (Jennifer is 50,) she would have been out in the first five or six weeks. Period.

Derek is a genius. I always wonder if I would ask to be paired with him or Maks if I were on the show; Maks is sexy and more the type of guy I’ve always dated–difficult and bossy, but fabulous–but Derek is exactly who I’d love to hang with on a daily basis. I asked Mr. X who he thinks I’d choose, and he said Derek, of course, because I’d want to win, and he knows exactly how to present his partners in the best light. And he’s correct!

I had a bunch of questions watching the finale, so here some of them are: who’s this Peter chick who’s been featured in so many of the pro dances this season? I bet they’re grooming her to be a pro next season.

Why didn’t Michael Bolton and the goony chick from The Hills show up to the finale? I know the excuses that were announced, but what if they had made the finals? They couldn’t possibly have skipped-out then, so I call bad sportsmanship. Even heart-broken Brandy was a sport and showed-up, although I’m also stymied as to why she and Maks didn’t show what their freestyle would have been so they could have possibly put the finalists to shame, and pointed-out just how robbed they were the week before.

Why has Jennifer worn that weird netting on her stomach only? If it was to hide a bad stomach when the rest of her old body is great, it didn’t work–it just called attention to it. She should have done like skaters do and had the flesh material go around her whole body. Strange choice.

[Sidebar on the topic of Jennifer Gray: As a fan of the shamefully-cancelled series “…Old Christine,” I’ve known who Clark Gregg, the ex-husband on the show, is for a few years. So, when he and his wife got on an elevator with me earlier this year, after some event, I paid attention. I remember thinking that I was surprised he was married to a mousy little middle-aged woman, who looked kind-of like a tired New Yorker. And now it turns out that it’s Jennifer Gray! I was shocked! I thought the reports were wrong at first. But I have a feeling that now, with this great ballroom experience she just had, she won’t go out looking like that anymore. She needs to show that fantastic body off!]

Was Christina Aguilera performing on the night of the finale or pre-taped? The judges were nowhere to be seen during her numbers, so I think pre-taped, but I’d love to know for sure. No biggie, just love to know how good my detective skills are at all times.

Is Brooke Burke an idiot? I really don’t mind her a lot, in general, although Mr. X can’t stand her, but she never has anything to add, doesn’t listen to the contestants’ comments so she can riff off them, and is basically just a robot, saying just what they tell her in her ear. But at least she doesn’t get in the way as did that last creepy woman they had as co-host. But she was even dumber than usual at the end there, telling Bristol and Mark, on their third place finish, “We’re going to miss you.” Like they were the only ones leaving! Guess what? Everyone was leaving in ten minutes!!! She was going to miss them for the final segment of the show??? What a moron.

My last observations on the final results are that despite all the negativity, including from me, Bristol was very pleasant, and Kyle and Lacey were the most gracious second-placers ever. They were the ones who made the show fun to watch, not anybody else. And we semi-disliked Kyle the first week, so it was his natural personality that really turned us around. Kudos to him.

And lastly, for now, I have to ask everyone reading this to please stop using the word “amazing!” It devalues things that truly are amazing, like face transplants and interplanetary travel. Please save it for occasions such as those. I started to write a whole column on this topic, but in case I don’t post it soon, I just want to give you something to think about now.

And, really, thanks again for making ItsNotAboutMe.TV a success. I really appreciate it! (I could say your support is AMAZING, but…)