Trending
You are at:Home»LISTS»LIST: CELEBRITIES WITH PHYSICAL SITUATIONS MOST DON'T SEE
By Karen Salkin on May 15, 2013 · LISTS

Awhile ago, while watching an early Go On, Matthew Perry held his hand up, and I was shocked to see that the top of his middle was missing! Assuming it was just a weird optical illusion, I (as I do with most things in life nowadays,) researched it.

I was even more shocked to find out just how many very public figures have these situations, with the public never hearing about. Or me noticing them, which is even weirder.

So, here’s a list of the ones I just found-out about (six toes, anyone?,) followed by some of the very old school ones I “heard tell about” from my elders, in my formative years. 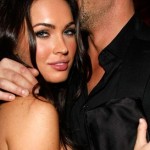 Megan Fox's thumb. I didn't want to freak you out, so I left her face in this photo.

Megan Fox—“clubbed” thumbs. But I’m sure, given the choice, most people would choose to live with those weird little piggies if they could also look like her everywhere else!

Matthew Perry—as I mentioned in the opening, he’s missing the tip of his right middle finger, due to an accident when he was young. I believe he got it caught in a door. That must have been traumatic. But I never once noticed it on Friends! How is that even possible? Especially when he gesticulated all the time!

Vince Vaughn—speaking of thumbs, have you ever seen the right one on this guy? He lost the tip of it when he was a teen, but it looks like the nail still grows.

Darryl Hannah—her left pointer finger is missing the tip due to an accident when she was really little.

Rahm Emanuel—as I just learned on a recent Rock Center, this dude is missing about half of his right middle finger. It looks like a punishment a third world country would dole out to a kid who gave some higher-up the finger!

Jennifer Garner—moving on from the hands, this poor chick has messed-up toes, especially the pinky one. Trust me on this one—I can almost guarantee that Ben Affleck has never sucked those babies!

Kate Hudson—she has six toes on her left foot! Years ago, I had seen a producer with that situation, and it actually freaked me out. Why would they choose to wear flip-flops?

Pat Hingle—lost his left pinky in a near-fatal accident in 1960.

Bill Cullen—I never noticed anything strange about this famous old game show host of my youth, outside of that my mother and nanny couldn’t stand him for some reason. But, he had polio as a kid, which left his lower body really messed-up, and gave him a lot of trouble walking. I wasn’t the only one in the dark,though, because all his producers had him sitting behind a desk as the show began, rather than the big deal entrances they do now.

Herbert Marshall—this wonderful star of so many black and white movies I have watched over the years was missing a leg. You could never tell in those films! He lost it when he served in the British Army during World War 1.

Gary Burghoff–Burghoff’s left hand is withered and misshapen, which I’ve never seen in all the MASH re-runs! But, someone close to me worked with him on a subsequent project and pointed it out. I was shocked that I had missed it!

Aren’t you glad I let you in on this?! Actually, if you’re a schadenfreude fan, you’re probably just a wee bit happy to learn that these famous and wealthy people have pain in their lives, too. Okay, I have to go admire my perfect thumbs now!