THE CORONAVIRUS SITUATION GIVES A NEW DEFINITION TO “MARCH MADNESS”

Today is the day that I was planning to preview the (now-cancelled) March Madness college basketball tournament for you. But what we’re living through right now is the true March Madness!!! 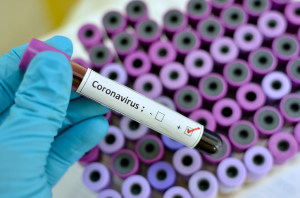 I can’t stop crying. This whole world has become such a a mess. Even having lived through the horrors of 9/11 and its aftermath, I did not in my wildest imagination think I would ever see what the world is going though in 2020. And it seems to get worse by the second.

The plethora of closures, including schools, theatre, and even Disneyland, is just horrible. My biggest recent concern was how I was going to watch every second of the overlapping NCAA college basketball tourney and the Figure Skating World Championships this week, while still going out to many fun parties and opening nights. Never would it ever have occurred to me that absolutely all of those attractive options would be off the table! I feel like we’re all living in a horror movie!

This is not about politics for me, but if we had a non-moron for President, I don’t think the danger would have gotten so prevalent in this country. That disgrace of a human being has only made things worse. Much, much worse.

But that’s the situation we’re in now, so we just have to move forward from here in as good a way as possible. 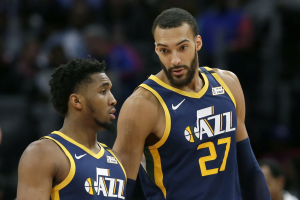 To that end, it feels like the entire world has been cancelled for the time being. It’s all so disappointing, but it had to be done. It’s too risky to allow big groups of people to be around each other. The sacrifice is for the greater good. If Tom Hanks and famous pro athletes, such as the Jazz’s Donovan Mitchell and Rudy Gobert, can contract the virus, anyone can.

Out of all the changes occurring in an attempt to keep as many people safe as possible, the most devastating change to me is that all big, important sporting events have been cancelled or suspended, which is heartbreaking for everyone, especially the college kids who will never get this chance again. I’m crushed. (I just hope this virus will be contained before the Summer Olympics! Tokyo is trying desperately to not have to cancel it.)

This Tuesday was due to be the beginning of the college basketball tournament, March Madness. Sports fans look forward to it all year. Its not just the players—it’s the coaches, cheerleaders, student body in general, fans, and even the bands and mascots!!! The NCAA tourney is so important to college life. And many of these players will never again have this opportunity of a lifetime. Even for the ones who don’t win, nor even make it all the way to the prestigious Final Four, it’s something that stays with them for life. The loss of this wonderful experience for so many is almost too much for Empaths such as myself to bear. I’ve been distraught over it for days. And if I feel this bad, just imagine what the people involved feel like. It’s just an awful situation. 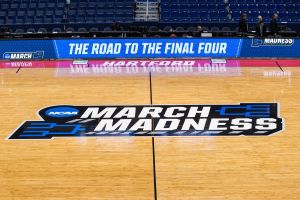 The tournament that is no more this year. So sad.

Another aspect of that cancellation is that how some of the players perform in the tournament is what sets them up for their position in the upcoming NBA Draft! Now that event will be sort-of a mess because the scouts need that extra information to decide just whom they would like on their teams.

Half the time, I feel the NCAA should have either gone ahead with the tourney with only the players’ families in the arenas, so the athletes themselves could have had the experience, or just postponed it, rather than canceling. But for how long? Unlike pro sports, college ones have expiration dates because the school year comes to an end.

But it’s not just sports–I feel awful for absolutely everyone, friends and strangers alike. Every few minutes I think of somebody else this world lockdown will harm. I’m not sharing all of those concerns with you, to spare you the same pain, in case you haven’t thought of those people yourself. But I’m sure we all have personal friends who really need to make money, so magnify that by millions, and you’ll see how many people will need help. One of my friends, a new mother, will be beginning her new nursing job at a hospital any day now. What an awful way to start a new medical job! Another one drove from Montreal to New York to see several pals in Broadway shows, (using all her savings-to-date to do so,) but they were shut down on her second day there! And so were the jobs she went back home to! And a couple I know had just flown to Portugal when they were told they had one day to get to the US, so they had to spend beaucoup bucks to just turn back around. I’m sure we all know horror stories like these. 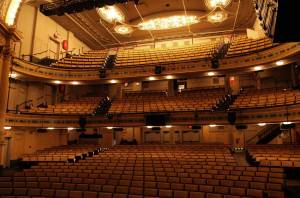 This is what every venue is looking like right now.

I already work from home, so the (so far voluntary) isolation isn’t a hardship for me. But, without going out to events, (because all the upcoming fun openings and parties, all of which I was looking sooo forward to, got cancelled,) I won’t have as much to write about in this week-daily e-zine! But no real worries there–I already have several already-lived events to tell you about in the next few weeks, and I’ve been working on some apropos-of-nothing essays, so please still stay tuned for those. (That is, if I can tear myself away from the world news long enough to finish writing them!)

And, of course, as always, I’ll try to make the best of this unexpected down time. I plan to call one friend a day, (which I never have time to do normally,) clear my DVR, clean-up my long-standing house clutter, and watch old movies. If none of those activities appeal to you, you can always read, sleep, or learn a new home skill, like cooking creatively with foods-on-hand. (I’ve actually been planning on writing an article about that very subject! I guess now is the time for it.)

No matter what, please be aware that the world has been altered, hopefully for just a little while, and be respectful of what needs to be done, by all of us. The people who are proceeding like everything is normal are idiots! Please do not be one of them.