Trending
You are at:Home»HEALTH»KAREN’S RANTS/HEALTH: THE PANDEMIC POLICE
By Karen Salkin on August 12, 2020 · HEALTH, KAREN'S RANTS

When I was on Facebook the other day, I noticed a gorgeous pic of a friend’s family finally returning to Disneyland, which is their favorite place on Earth. And I was surprised to see that he had put a note on his post that was specifically to me! It read, “Karen, yes…we are wearing masks, and there not many people there. So it was easy to social distance.” 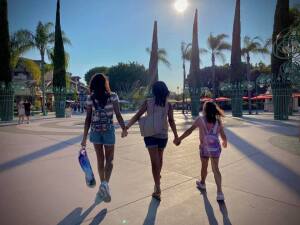 The image that inspired this column–the beautiful picture of the lovely Aquino ladies. Photo by Jedrix Aquino.

After spending just a second being flattered that he had thought to address me in one of his posts, I realized something—I have become the Pandemic Police!!! And proud of it!

When I inquired if that note meant that he thinks of me as the Pandemic Police, (a term I was happy to coin, so feel free to use it yourselves,) he responded, “Ha ha! No, I was reacting to your post asking your friends to tell you if the [pic they were posting] was pre-or-during the pandemic.” And yes, I had recently done exactly that. I need the timelines distinguished because my blood boils when I see pix of so many people without masks and standing right next to others. What is wrong with everyone??? This is a pandemic, people! It’s not the time for playing Russian Roulette! (One pal responded to that Facebook plea of mine by posting a picture of himself as a little kid, and assuring me it was pre-pandemic. That made me laugh out loud.) 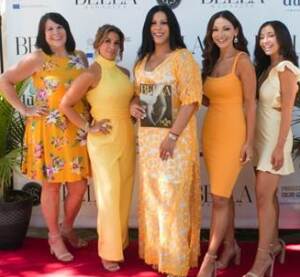 This event was held just the other day in the Hamptons! Notice all the masks and social distancing. Not!!!

I don’t say anything to people in person, of course. First of all, I don’t see others except in the occasional supermarket, when I’m running the other way, and secondly, I’m too scared of the world at large now. It’s filled with waaaay too many lunatics for me.

But I am reprimanding everyone in cyberspace now. As gently as possible. Especially on Facebook. But I’m even pointing it out to PR people who send me pix of their events, (which should not be occurring right now in the first place!,) with everyone standing right next to others, and hugging, too boot, on Red Carpets and Step and Repeats!!! [The big pic at the top of this page is of the jockeys at this year’s early Belmont Stakes, doing it all the right way! Photo by Karen Salkin.]

And this was just on May 16th!!! in the heart of the pandemic! In an upscale neighborhood. And hardly a mask in sight. (And notice the idiot blonde woman in the middle, waving to me because I was documenting their selfishness.) Photo by Karen Salkin.

That mask-and-distance policing may not make me popular, but someone’s got to do it. Actually, many others are doing it, as well. But the people who speak up for right have often been beaten-up, spat or coughed on, and even shot! The world has gone crazy. Because there are some very evil cops out there, especially racist ones, a lot of the American population seems to be very much for “defund the police” movements. So, with fewer police around, (for many reasons,) now gun-toting lunatics feel they can get away with anything. It’s all a horrible situation. On every level. 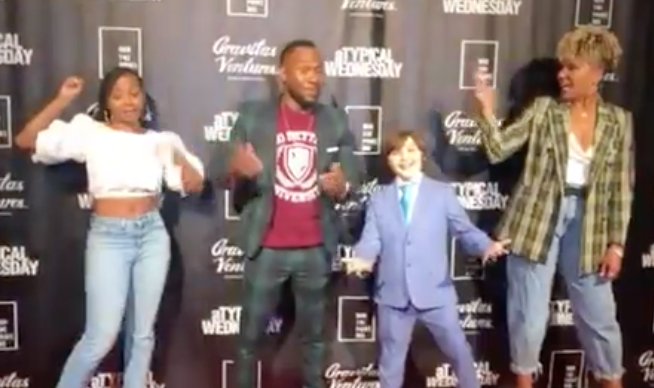 And this event was in LA…on June 24th! Right in the middle of the stay-at-home orders!

And having the depleted police forces deal with mask enforcing is just not a high priority in the scheme of things. They have so much more to take care of than that.

So some local governments feel they can just hire others for smaller jobs, such as traffic stops. But now those offenders feel more empowered to just shoot their way out of it. There has to be a better solution, including making sure cops stop racially-profiling people. (But that’s a more serious issue, of course, for me to address in a different article.) 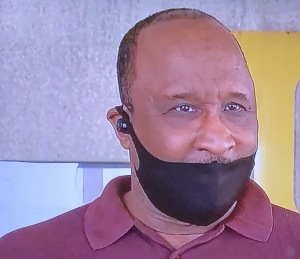 This is the Mayor of a local Los Angeles city wearing his mask the absolute wrong way…on the news!!! OMG. Photo by Karen Salkin.

Getting back to the issue of much-needed Pandemic Police, I noticed something interesting on the local news the other night. There was a story about a new local-government-sanctioned squad, “health ordinance enforcement officers,” who walk around adorable, usually-fun Hermosa Beach, handing-out masks and citations to those who don’t wear them. But what if someone doesn’t have his or her ID on them? Or just says they don’t? There’s nothing these enforcement officers can do about the situation because they have no power to arrest non-compliers.

And in one instance on that news story, they told two people they have to cover up, so the woman just held a scarf to her face. You just know she took it down the second the enforcement officer walked away! I’m sure that’s what all the non-mask-wearing idiots do. There’s really nothing that can be done about those selfish morons. 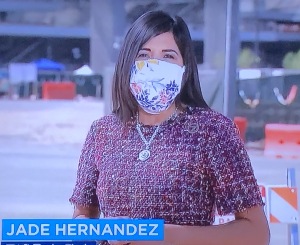 Now, THIS is how you wear a mask! Photo by Karen Salkin.

Another way in which good, normal people try to help convince the world at large to do the right things is on the Next Door app and emails. They post about the dangerous virus situation quite often, and beseech their neighbors to do the right things, like wearing masks and staying physically apart. And to my shock, there are soooo many creeps in my own lovely neighborhood who abuse the posters who are just trying to make sure we’re all as safe as possible! It just proves that you can’t turn idiots into good people just by begging them to be so.

Yes, a ton of this discord and selfish non-compliance comes from Orange Hitler’s moronic followers. But saving lives should not be a political situation. If people don’t care about their own lives, and want to take risks with it, they should at least care about their fellow human beings, and do everything they can to help others. Wearing a mask, social distancing, and just plain staying-the-f-home, are the easiest things in the world to do.

And if you don’t comply, do not be offended when yours truly, the Pandemic Police, calls you out. Consider yourself warned. (I know you’re all shaking in your boots about that prospect.)