Trending
You are at:Home»BREAKING NEWS»KAREN’S RANTS/BREAKING NEWS/HEALTH: HERE’S A NEWSFLASH: THE PANDEMIC IS NOT OVER, PEOPLE!!!
By Karen Salkin on October 20, 2020 · BREAKING NEWS, HEALTH, KAREN'S RANTS

HERE’S A NEWSFLASH: THE PANDEMIC IS NOT OVER, PEOPLE!!!

When I started writing this article, it was about finding joy in little things. But as I continued working on it, I found myself ranting on about the many people in America who seem to think the pandemic is over, when in reality it’s still in its critical stages! 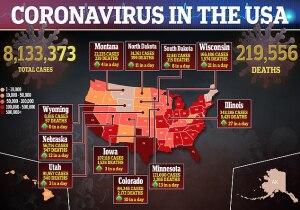 If these numbers don’t scare you, I don’t know what will.

So my suggestions of how to find joy in this crazy year will have to wait a bit, while I break life down for you right now. (And that’s a clue—it gives you the joy of having something to look forward to!)

What upsets me most these days is seeing people acting like it’s all clear now. I don’t understand how anyone can be dancing on TV, dining out, getting their hair and nails done, having get-togethers, going to sporting events (when allowed by the organizers,) etc., like there’s not a care in the world. Even worse is that many of them make believe they’re wearing masks and socially-distancing!

Just last week, I received an invitation for a cocktail party in the tiniest eatery in New York. It’s bad enough that they’re having a soiree now to begin with, but the invite said, “Masks must be worn upon entry; Social Distancing practices apply.” Notice the “upon entry” part—it means you can take it off for the duration of the party since everyone will be eating and drinking. And in this self-described “cozy” fifteen-seat space, no more than a handful of guests will be able to be 6’ apart, which is how “social distancing” is basically defined at the moment. (The experts say it really should be much more than that, though.) Despite my admiration for the food and atmosphere in that place, you couldn’t pay me to attend! (Nor to fly now, to get there!)

And here’s an awful recent experience I had that takes the cake!: I was invited to a friend’s wedding shower in her mother’s massive backyard. I hadn’t been anywhere but the market and an emergency dentist visit in over seven months, (and still have not, other than for the debacle I’m about to describe for you,) but I love this friend. So, even though she was good enough to let me off the hook about it, I decided to attend because her mother and aunt assured me that it would be only fourteen people, who would be staying 6″ apart, and would all be wearing masks, (except when eating.) I even told them both that I would be bringing a pool noodle to make sure everyone was at least that far away from me, (which I forgot to do.)

But…not one single person was wearing a mask (except for me, of course, who was even rocking a shield over my masked face,) they were all sitting together at tables with no distancing whatsoever, and there were at least eighteen guests and six staff members!!!

And the kicker is—a couple of them (not the bride) made fun of me for sitting apart and wearing a mask and not even walking near the others! The mother even had the nerve to tell me that I’m upsetting everyone!!! Needless to say, I was in and out of there in about fifteen minutes, (which the bride totally understood. I have yet to hear from the mother and aunt, though, and it’s been almost a month!)

On top of all that, I know people who: have flown places…for fun, (not out of necessity!); eaten inside restaurants; been in cars with people not from their households; gotten pedicures; had parties; been in very large groups, either for protests, celebrations, or events; and have even gone on blind-dates! [Note: I’m happy for them to be having a good time; I just don’t want to be at their funerals, wishing that they had not engaged in that dangerous behavior.]

What is wrong with everyone??? Why did so few people learn to listen to directions in grade school??? This is really of the utmost importance right now! Are Mr. X and I the only people who are still worried about the virus???

Yes, we are a couple of the lucky ones during all this, knock on wood—we have each other, so neither of us is alone, (though I’m sure he would prefer to be!) I’m especially blessed to be locked-up with the funniest person in the world, who also appreciates my mind and humor, so we’re laughing all the time. We can pay our bills, and don’t have children or elderly parents to worry about. (Which may be why I worry about everybody else!) I’ve become a great cook and don’t mind doing it (too much.)

But it seems to me that people like us are the ones who are flouting the rules the most! I’m not surprised that lunatics who think the virus is a hoax don’t heed the advice of experts in the field. And I totally understand that my friends who are doctors, nurses, medical personnel, supermarket staff, etc., have no real choice but to continue to work, for the greater good. 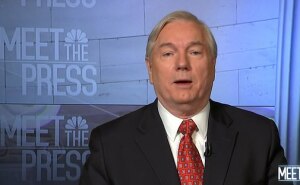 But at this point, other than those essential workers, there is no excuse whatsoever to be going on trips, dining out, going shopping for other-than-necessary supplies, and congregating in general. Just stay the frig home already!!! It’s not that difficult. If the ultimate Bon Vivette of life, moi, can do it, I guarantee that everybody has that ability!

A highly-regarded infectious disease expert, Michael Osterholm, just issued an ominous warning, that we all need to pay absolute attention to. On this week’s reputable news show, Meet the Press, he said, “The next six to twelve weeks are going to be the darkest of the pandemic.” So can everyone please be a good person, if even just to themselves, for the next three months, and stay home, if you have that luxury, so that we can all get back to life safely after that?

Thank you. End of rant.