…saying you might have plans, when you don’t, when someone is going to ask you you someplace. You can admit you’re free, and then still decline if the proposed plans aren’t up your alley! There’s no such thing as “might” have plans—you either have them or your don’t—that’s what “plans” are! 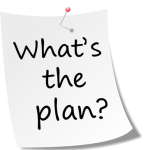 …declining plans by saying that you don’t know what your plans are yet! That just means you’re holding out for something better. Once you accept, those are your plans!!! I hope no one waits for you!

…saying “me and my friend,” “me and him,” “me and…” anything! Has no one in this country gone to school??? The rule is that you put the other person first! Maybe all this horrible grammar also shows how many people don’t put other people first in life. 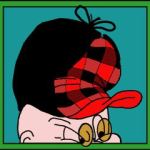 …wearing hats and sunglasses on top of your head and updos to the theatre! Any kind of theatre, even a standing-only festival! Do you really not realize that someone will be sitting/standing behind you?! How selfish can you be?

–saying, “it went to spam!” Do none of you check your spam, or “junk mail,” folders at least once a week??? And if you don’t, why not? You know that things go there, don’t you?! Or are you just an idiot? I do not accept that as an excuse for not answering emails anymore. Just check your junk mail all the time, if only to delete it!

…talking loudly in public. No one wants to hear your conversations, especially not when you’re on your phone!

…being rude in general. Duh.

This last one isn’t a “stop doing,” but rather a “don’t forget to!” I’m reminding you to follow me on Twitter right now, (if you’re not one of the thousands who already does!,) because I’ll once again be live-tweeting the Emmys on Sunday, beginning with the arrivals. @MajorCelebrity. So please excuse me while I go sharpen my fangs in advance!