When I was a little girl, my two best friends were brother and sister Peter and Diane Kosher. We spent a lot of time together, and I talked to them for hours on end every night from my bed, on my bright red phone. My bright red toy phone. Because they were imaginary. To me, though, they were very real. But I was four years old, not a twenty-one-year-old grown man, and in the public eye, as Manti Te’o is.

Even though totally time-constrained this week, I’ve been glued to all the information coming in about this incredible story.

Here’s the quick background for those not following it, or even hearing of it, (though I don’t see how that’s possible at this point.) A major football star at Notre Dame University, Manti Te’o, a guy from Hawaii, is the runner-up for the Heisman trophy, the biggest award in college sports. I’m a major sports fan, and Mr. X is a major Notre Dame fan, so I’ve been hearing his super-sad story all year. It goes thusly: 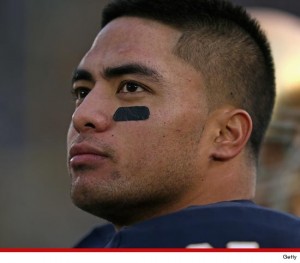 Young Manti informed the world that near the beginning of the football season, in September, he lost his grandmother and girlfriend, supposedly six hours apart. Everyone felt awful for him, but he said his girlfriend wanted him to go on and play. And play he did. Notre Dame had an undefeated season!

[Note: for exact dates and deets, I suggest you search the web; there are a lot of detailed articles out there, with timelines, if you’re interested. But it takes tons of time! And patience!]

Anyway, in December, we, the public, were still hearing about the girlfriend’s death from leukemia, including on the day of the Heisman trophy announcement.

So, here it is now, a month later, and we find-out that it’s all a hoax. Not just the death of the girlfriend, but her very existence!!! It’s unbelievable to me!

So, while all news outlets are scrambling to uncover the truth, readers’ and viewers’ jaws are dropping. And everyone wants to hold someone accountable. Was this a cruel hoax perpetuated on an innocent, naïve boy, or was he in on it, trying to dupe the public and get sympathy to maybe win him that Heisman trophy?!

Many people are withholding judgment until all the facts are in to decide the responsible party. Or parties. It looks like his good pal, or cousin, or whatever (because that relationship could be fictional, as well,) Ronaiah Tuiasosopo, is responsible. 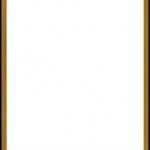 But none of that matters to me. My question is: how does someone think someone is his “girlfriend” if he’s never met her??? Or even video-chatted with her? They just talked on the phone and emailed and texted. Yes, maybe you can indeed fall in love that way. But you can by no means declare it to be your girlfriend!!! Or, as Manti claimed, the love of his life. (There’s a case I heard about last year where there was a woman in the 1970s who a lot of famous men chatted up on the phone and fell for. But there was no advanced technology then! And they didn’t declare her to be their girlfriend.)

So, even if Manti was stupid enough to think someone was his girlfriend, though he’d never met her, what about when she was supposedly dying? (And he also claimed that she had been badly injured after being hit by a drunk driver months before, and was in the hospital then, in very bad shape.) Wouldn’t someone rush to the side of their loved one? Or at least call the hospital? I had a great friend who passed away a few years ago across the country, and, in addition to talking to her family, I called the nurse’s station a few times a day! Are we to believe this guy loved that girl so much, yet never reached out to her in the hospital?

And what about sending her presents? Did he not have a home address for her? And if he had sent gifts to the hospital, like any loving boyfriend would, wouldn’t they have gone back marked “Return to sender—no one here by that name?” Wouldn’t that have given him a clue???

So, back to my original premise: Manti Te’o is either a liar and a scammer, or a moron. There’s no other way around it, no matter how much he, and his college, will try to spin it.

All of this begs the question: is he still hire-able for an NFL franchise? You know this debacle will follow him the rest of his days. And longer. It’s the stuff legends are made of, and not good ones.

So, here are the two possible scenarios of what happened:

~ This Ron guy did an elaborate year-long hoax on his friend, including having people pose, on the phone and internet, as this girl, Lennay, and her family and nurses. In that case, Manti is an idiot, but one who’s fallen for the girl on the phone, which is possible. He’s a poor sucker, but he’s also a mental case to call someone his girlfriend whom he’s never even met! And, being a public figure, who was always in the press this year, didn’t he realize that people would think he’s insane when they found out??? And wouldn’t his friends and family wonder how come they’ve never met her, or even seen a photo of them together? And didn’t the press think the no-photos thing was a red flag? What young person doesn’t have a pic with their significant other nowadays??? Most famous people wish there weren’t so many of them out there!

~ Manti made the whole thing up, which could be for several reasons. Maybe he just wanted the sympathy as he went through the season. Or maybe he just has a sick sense of humor. Or maybe he’s a pathological liar. Or maybe, as a lot of people are thinking now, he’s gay and felt that he needed a “beard,” since he had hot chicks all around him all the time, and wasn’t into any of them. It’s really possible. I used to see girls at my clubs make-up out-of-town boyfriends all the time so that the club guys wouldn’t hit on them so much. (Okay, that wasn’t because they were gay, but it’s still a made-up mate, for a reason.)

Either way, and for whatever reason, Manti is nuts. And a liar. And the whole thing stinks. If you read all the articles about this story, you’ll find way too many holes in his story. He says he knew the “truth” on Dec. 6, yet still gave interviews about his “dead girlfriend” two times after that! And, to a Sports Illustrated reporter earlier in the year, he said that he and Lennay met years ago, through his cousin! So, even if he thought Lennay really did exist, he, at the very least, knew he had never met her!!!

Lying must run in his family because his father in Hawaii claimed that he himself had at least talked to her, as well, but I think it was that he met her.

Last thoughts on the topic:

~ We can’t believe a word any of the people involved with this story say. That includes Manti, his family, and Notre Dame.

~ The one thing we can know is true is that he never met her…BECAUSE SHE NEVER EXISTED!!! Duh.

~ I always have thought something seemed a little “off” about him. Guess I was correct.

~ I think he made the whole thing up, and that he’ll say he thought it was harmless college fun which got out of control. He just meant to make-up a girlfriend, to not hurt other girls’ feelings, but it snowballed and he couldn’t get out of it. So he killed her off, like George does to his and Martha’s imaginary son in Who’s Afraid of Virginia Wolfe. At least, that’s possibly what he should say. (That’s a pretty good way out of it if I do say so myself!)

~ No matter what explanation Manti and his handlers come up with, unanswered questions will always remain. Which means that he’s never to be trusted again. Good luck in the NFL, buddy. Trust in your teammates is of paramount importance there, so I don’t think you’ll be making many friends in the locker room.

Oprah’s mouth must be watering right about now.

[Note: new thoughts on this topic come to me on this topic regularly, so please check-out my tweets on the subject throughout the day. @KarenSalkin.]