Trending
You are at:Home»Uncategorized»KAREN'S RANTS: LINDSAY LOHAN
By Karen Salkin on September 27, 2010 · Uncategorized

I rarely read the plethora of stories about this poor, pathetic girl. The whole thing is just so sad to me. But with all the new news about Lindsay Lohan’s drug problems, I feel it’s time for me to weigh in. 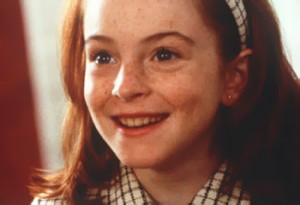 The only story to me is that here was a beautiful, very talented, full-of-life girl who has now allowed drugs and alcohol, and so-called friends, to destroy her life.

From all accounts, she appears to have a worse-than-messed-up family and I’m sure that that’s more than a contributing factor to her being so troubled. Someone should be helping her recover, not continue taking advantage of her. [This isn’t totally conjecture and assumption on my part; her sick father and I, unfortunately, know many of the same people in the Hamptons, so I’ve witnessed some of his craziness. I’ve advised a mutual pal to stay as far away as from him as possible.]

Show business is supposed to be a family of sorts itself, and aren’t there enough people in the biz who’ve gone through similar trials and tribulations who could reach-out to Lindsay? I feel that perhaps Robert Downey, Jr., who’s a perfect example of sinking to the depths and coming out the other side much improved, could show her the way.

Judge Marsha Revel, another person I’ve known (but only socially) for years, (a mutual pal always tells me to let her marry Mr. X and me,) seems to have been correct in her assessment of the situation. She’s the one who chose a rehab program for Lindsay other than the one she ultimately wound-up at locally, which didn’t agree with the judge on Lindsay’s treatment needs. And let me tell you, UCLA’s drug program is looking pretty awful right about now. 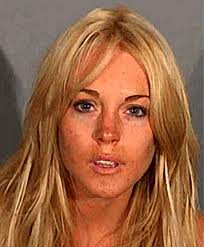 I love that school and am proud to have been a dance major there for a little while. I’ve also had some good, and bad, luck with their medical services over the years. And they’re drug program has always been touted as excellent, from the little I know of it. But to let an addict of Lindsay’s magnitude out early and offer that she’s on the road to recovery is just so irresponsible of them. They should really suffer a black-eye over this one, and I haven’t seen them vilified anywhere in print yet. In this town teeming with addicts of all ilks, couldn’t Judge Revel’s replacement, Lindsay’s lawyers, managers, agent, friends, or family find someway to help her hitherto now?

Come on, people! Get it together! If you can’t do it for this poor girl, just think of how your finances will take a major hit if Lindsay doesn’t come out the other end soon. Oh, wait–as I’m writing this, I just realized why they don’t help her: they think that if she gets clean and sober, she’ll get rid of all of them and then the fun and fortunes associated with her will dry-up for them! So, not only do they not want to help her, they want to keep her mind drug-addled and foggy. It sounds like a plot out of Hitchcock!

Last thing–the only movie I’ve ever seen her in is the decade-old remake of The Parent Trap. I just had to IMDB her because I seriously couldn’t think of anything she’s done since then, except for hosting an episode of Saturday Night Live several years ago. (Actually, it appears she hosted two, but I remember only one.) So that means that the one and only reason I’ve ever heard of her since she was a little girl is her drug and alcohol troubles. And I have a feeling that’s the case for 90% of you. What a supreme shame.

There are millions of people out there with her same problems, who are allowed to go through the process without worldwide scrutiny. So, I wish that everyone would leave the poor girl alone, unless they have some way to heal her or be there and support her. It’s really none of our business and I just don’t think that it’s even interesting reading.

Worldwide schadenfreude seems to have gotten way out of hand, and I can’t state strongly enough how disappointing that is.