Trending
You are at:Home»HOLIDAYS»HOLIDAYS: HAPPY PASSOVER AND EASTER 2019—TOGETHER AGAIN!
By Karen Salkin on April 19, 2019 · HOLIDAYS

HAPPY PASSOVER AND EASTER 2019—TOGETHER AGAIN!

As rare as it is that Passover and Easter happen exactly in a row, those Spring holidays happened like that last year, too!  And also in 2015.  I don’t remember any other years like these since I was a teen out here in LA for the first time.  Those three days and nights were magical; everyone was so good to me, which I still appreciate after all these years.  I had been in town for only about eight months, but already had made enough good friends that I was included in both seders at different parents’ homes, and one of the best Easters ever at another’s. 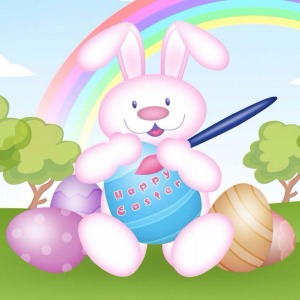 The triple-holidays dates since then have never been as fun ensemble, but some are still fun individually.

I expect to have another fabulous Easter this year at the Malibu home of Stephen Cordrey, who is being especially kind to host once again, because his stunning property was negatively affected by the recent fires.  No one would have blamed him for passing-over the fete this year.  (Get it?  Passing-over.  Passover.)  So I thank him for his generosity in advance.

I was actually due to be on the east coast right now, driving up the coast from Florida to New York with one of my homies, Lauren.  But I realized that we would be on the road for both holidays. Even though I’d be with one of my besties, I think I would have felt lonely without big, traditional celebrations. 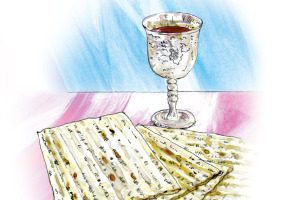 That concern most likely dates back to what was inarguably my worst Passover in my life!  It happened in Florida (so, that state factors in again!,) when I was a teen, the year before I came out here to LA and had those happy holidays I mentioned above.  I was there with my best friend for Spring Break, but she allowed the idiot guy we were staying with to bring just her to his parents house for a seder.  Of course she should have said she’s not going without me, which I assume she always feels bad about.  (Yes, we’re still great friends, after all these years!  And I doubt she would ever flat-leave me like that again!)  I’ve been in that state only two times since then, and my straight tresses and I are just as happy to never set foot in it again. (“Monica in the Bahamas” is not my best look!) 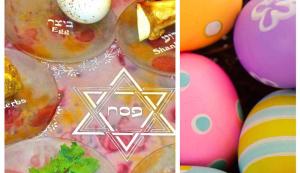 Getting off that sad subject, here’s something interesting about this time of year, which just hit me for the first time ever.  Despite that I love both holidays, they have something in common that I absolutely detest!  No, rudesters, it is not religion.  Have any of you figured it out yet?  Ready?  It’s…e-words!!!  Ugh.  (Of course, Easter has colorful, candy, and chocolate e-words, while Passover has disgusting real ones on the seder plate.)  How did it take me so long to realize that?!  And why did it finally occur to me just this very second, of every one in my whole long (knock on wood) life???  (Perhaps it’s because Mr. X just made himself some e-word whites while I’m writing this, and the stench is making me sick.  I actually think that’s it!)

Okay, so that’s my potpourri of thoughts to commemorate these hopefully happy 2019 occasions.

No matter how you guys celebrate, either or both, I wish you great times.  And, of course, good food!!!

Happy Passover and Hoppy Easter, everyone!