MR. X AND MY HUNDREDTH ANNIVERSARY!

I’ll be giving you all my final thoughts on this year’s Wimbledon tournament, sad as the end was for me, for the rest of the week. But right now, I have to turn my attention to an event that’s much happier for me than yesterday’s Men’s Final was, if not as stressful and hard-fought! 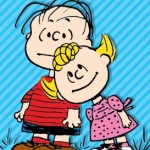 Yes, it’s Mr. X and my anniversary once again! (Thank goodness for the distraction.) Since I try to never repeat myself, I just looked back over the anniversary columns I’ve written in the years since this e-zine has been in existence, and I was surprised to see that I missed lauding the occasion in print last year! So, I have some making-up to do.

Nothing can explain our relationship better than the column I wrote about it in 2010 (which you can read here: itsnotaboutme.tv/news/gossip-happy-anniversary-to-mr-x-and-me,) so I won’t even try. But, he did utter another winner the other night, so I’ll share that one here.

He knew that I was down about a few personal issues, so he declared that we need a “Karen Appreciation Day.” That sounded great to me, (even though, trust me, every day is that with Mr. X!,) so I thought it over a sec.

Then I said, “I’d say let’s make it a big event, but I’m afraid you’re on your own with this one, because I don’t think any of my friends really appreciate me.” To which he replied, “Yeah, and I’m a little like this,” and he did the “iffy” sign with his hand. I loved the comic abuse! (But only from him—I get really upset when others try to emulate him.)

Anyhow, that’s all I can tell you right now, because I have to make time to try to force him to leave the house to go celebrate for a bit. Either that, or just stay home and have my appreciation day. Either way, Happy Anniversary to Me! Oh yeah—and Mr. X!