Trending
You are at:Home»HOLIDAYS»HOLIDAY: HAPPY THANKSGIVING 2017
By Karen Salkin on November 22, 2017 · HOLIDAYS

Thanksgiving is here very early this year, which is always a good thing for me.  Yes, I know it makes the lead-up to it maybe a bit too short, but it gives us more time between Thanksgiving and Christmas, which I appreciate.

Mr. X and I usually just law low for the entire five days of this holiday, beginning today.  We used to throw really fun Thanksgiving Eve soirees, a tradition I took with me into the hip-hop clubs I used to run.  It always cracks me up when I see a club party listed as a “bash”now, which is a very old-fashioned word I used to herald in my Thanksgiving Eve Bash in the clubs.  My younger guy partners had never heard the word, and laughed at it at first, but then they all started using it.  And it got passed down to each new group of club promoters, and is used to this very day.  I’ve always loved being a trend-setter!

And Mr. X and I didn’t let our occasional Fall trips to New York deter our holiday-partying ways; we continued our traditional Night Before Thanksgiving fetes whenever we were in Brooklyn at that time of year, as late as five years ago.

If you want to copy our blueprint, this is how those low-key evenings went, which began in my days at my last college, when we were a big group who always hung-out together.  (It was more of a big drinking fest back then, with me being the only teetotaler. So, trust me, the get-togethers with Mr. X were a lot more fun than my college ones!) 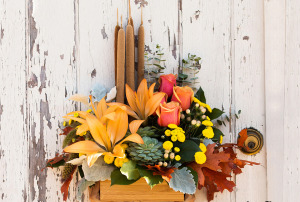 Here at our house in LA, we tried to keep the guest list to just about nine people, (which we amended to more as the years went on and people begged to come,) and we all just rolled into the night, with people showing up whenever they wanted to.  The fare was really casual; spaghetti, Caesar salad, and all kinds of desserts.  And it’s the only party all year at which we played a game, which, despite Mr. X’s complaints, was a blast!  (Mainly because he made them so.)  If my house wasn’t overrun with my possessions now, we would still throw them, because nobody else we know is fun enough to do so!

But in recent years, we just chill for the whole holiday week-end, except for going to various pals’ houses for actual Thanksgiving.  Since we should all be giving thanks tomorrow (duh,) I’m grateful that we usually have several choices of invitations for that feast.

This Thanksgiving week-end will be especially entertaining because, in addition to reviewing a couple of amusing (I hope) plays, Mr. X and I will be attending…an L.A. Rams game!  And not just going to it—we’ll be living the VIP Experience there!!!  That means rides both ways, food, drinks, a suite, a trip to the field, you name it—as I said VIP!  I’ll possibly tell you all about it, (whether it goes as planned or not, the latter of which I’m sure you’d rather hear about, right?,) either here or in one of my YouTube videos, so look-out for that. I’m sure I’ll have plenty of tales to share from that day! 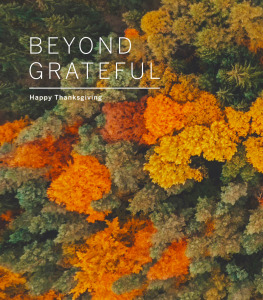 Speaking of which, if you’re bored this holiday week-end, why don’t you subscribe to my YouTube channel, and catch-up on what you’ve missed-out on to date?  (If you haven’t seen my Casting Couch story yet, you’re missing out.) I often get asked to resurrect my former cable show, Karen’s Restaurant Revue, and this is the closest I’ve come so far.  If you weren’t in LA during my heyday, the shows were a half hour of me just talking in row, off the top of my head. But with shorter attention spans these days, you’ll be happy to know that these vids are much shorter.  And I have no studio audience.  And these production values are even worse than my TV studio ones.  But it’s still me, which is all you need! (Here’s the link to subscribe, or even just watch any of my vids): www.youtube.com/channel/UCF7mwI2jwcB2xB9dBCBxLZg.

And, as always, I’m giving thanks that you’re even reading this!  Entertaining you guys is my raison d’être.

No matter how you spend the next five days, I wish you all a fabulous, delicious, and gratitude-filled Thanksgiving! And I’ll meet you back here on Monday.