Trending
You are at:Home»HOLIDAYS»HOLIDAY: HAPPY PASSOVER 2021
By Karen Salkin on March 26, 2021 · HOLIDAYS

I can’t believe another Passover is upon us tomorrow night, and we’re still in our houses!  Well, the smart and conscientious among us are, anyway. 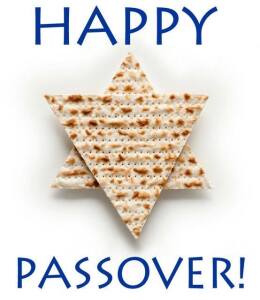 During last year’s lockdown, I made a little seder dinner for just Mr. X and me, even though he’s not even Jewish!  (So it was akin to a little girl having a tea party with her stuffed animals.) And at that time, I was just beginning to cook, thinking that little endeavor of mine would last for another month at best.  Now here I am, practically a gourmet chef!  Who woulda thunk it?!

So I’ll be cooking our own Passover meal for what I hope will be the last year I’m doing it myself.  Mr. X doesn’t even like chicken much, which is our main dish, and he doesn’t eat brisket, (which, unfortunately, I can’t eat anymore,) but he’s definitely looking forward to my special holiday fare this year.  Can anyone guess why?  (I would think not, unless you’re a major follower of my recipes section.)

It’s because of my…Tower of Matzahs!!! Yes, I’ll be making that delicious dessert dish once again, this time with the correct ingredients. (Well, most of them; I forgot to buy heavy cream on my last foray out of the house, and I’m not going to chance going out again for just one ingredient. So I’ll be whipping up my own cream out of 2% boxed milk and unsalted plant butter! Wish me luck with that one.)

I created the Tower last year at this time with a couple of incorrect ingredients, (which you can read about here, including the recipe that I highly recommend to everyone, not just the readers of my ethnic persuasion: itsnotaboutme.tv/news/recipe-tower-of-matzahs-recipe,) and then made it again later in 2020, just for fun, following my own recipe exactly. And the verdict was…they were equally delicious! (Of course, there were only two judges–Mr. X and myself–but still…) 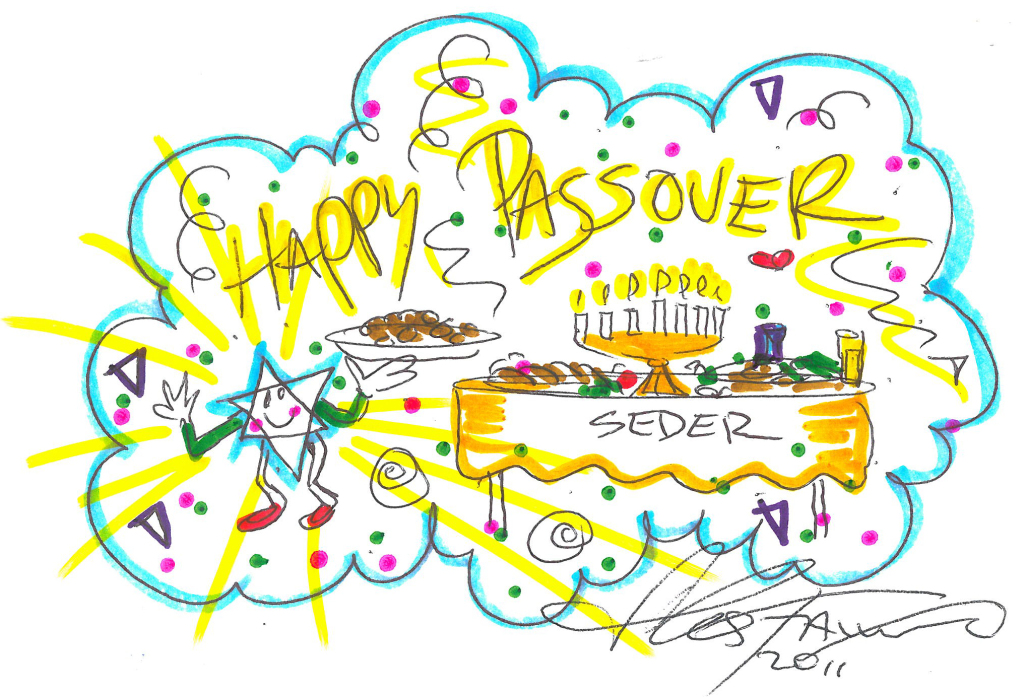 I wish I could read this artist’s name to give credit to him or her. But it’s such a happy image that I just had to share it.

So there you have it—my Passover plans. And if ever there was a Passover that we all really needed to stay at home for, I’m glad it will be this one—tomorrow, March 27th, the night of the first seder, is also the first day of the Sweet 16 of March Madness 2021! That means that I wouldn’t want to go to any friends’ houses for the seders this year, anyway, because I don’t want to miss any games in this wonderful college basketball tournament! (One year, the Championship game was on during the first night of the holiday, but I still chose to go to my friend’s house for the seder because I thought it was the right thing to do. Her husband and I could barely contain our disappointment in missing the game. We kept coming up with excuses to leave the table and run into a room where we had kept the TV on, so we could see little snippets of the game! It was torture.)

So Mr. X and I will just say, “L’Chaim” to each other, (or whatever we’re supposed to say on this occasion—my Jewish holiday skills are a tad rusty right about now,) and chow down on my home-cooked ethnic food in front of the TV. And that’s just the way we like it.

To all of you who celebrate, whether alone or with others, I wish you a happy and healthy Passover! (And if you do make my Tower of Matzahs, please let me know how it turns-out, in the Comments section below.)