Trending
You are at:Home»HOLIDAYS»HOLIDAY: HAPPY PASSOVER 2017
By Karen Salkin on April 10, 2017 · HOLIDAYS

Passover begins tonight, and, as it approached, I realized that I didn’t have a clue of what to write here for this holiday this year. And then a situation presented itself the other night, and I knew that was it. 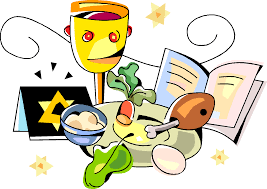 I was out with someone I thought was a good friend the other night. I had met her several years ago because she was a fan of my show first, so that should mean that she double-likes me, shouldn’t it? And she’s an observant Jewish woman who lives very close to me, with a husband and two grown children.

I had invited her out somewhere last week, and on the way, she mentioned that she was cooking for Passover. In surprise, I asked, “You’re doing Passover at your house?!” (Most of my pals go elsewhere for this holiday.) When she answered in the affirmative, I followed-up with, “And you didn’t invite me?” (Here’s where I have to remind you all that, even though I have Mr. X, for whom I am grateful on a daily basis, we’re not of the same ethnic persuasion, and I have absolutely no other family. So Jewish holidays can be hard for me. I’ve already had some pretty painful ones, and always hope to never have any others like them. If you’re curious about my three worst ones, you can read about them here: itsnotaboutme.tv/news/holiday-happy-passover-2013.) 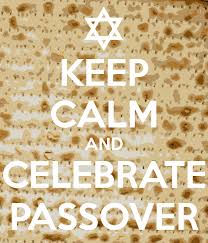 She laughingly told me that it was just her family, which I could have understood, but then she added, “And I have so many people coming!” That really chapped my hide because—why couldn’t she have added one more?

Before I reveal the unbelievable bon mot she ended with, let me tell you something right here, so that you don’t spend even one second feeling bad for me–I’m going to a seder at another friend’s house, where I often spend these family-oriented holidays, knock on wood. But the woman that night didn’t know that.

And the Jewish way is to include everyone who wishes to celebrate, even if they’re not Jewish themselves. We’re not supposed to ever leave anyone out.

So, I reminded that friend, who prides herself on observing Jewish tenets, of that. And I told her of another time I had been left out as teen-ager, which somehow still causes me pain. And also of another time I was forced to uninvite a young friend to the seder of a family I very close to, which made me decide that I had to end my friendship with the couple who was hosting it. (Just to clarify—they knew the girl very well, and were aware that she had just lost her grandmother. And the husband had already given me permission to bring her with me, and then made me uninvite her, which is even worse than saying no to begin with!)

And after all that pain came pouring out of me the other night, to that supposed friend who was telling me about her own upcoming seder, this is what she answered with: “Don’t worry—you never have to be alone on Jewish holidays here ever again, because you can always…go to Chabad!!!” I still can’t believe it! It actually makes me laugh, rather than feel bad, though. 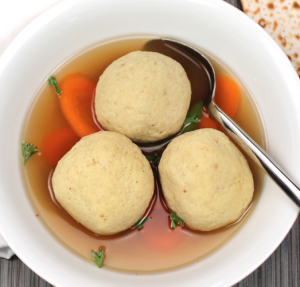 I’m glad that community places like that are there for others, by the way; it’s just that I’ve lived in LA so long, and have so many Jewish pals, that the thought of having to have a holiday with a bunch of lone strangers is very strange.

But much worse is the thought that a Jewish person I know, who’s supposedly a friend, would tell me to go there, rather than to come to her own house!!! How shameful is that?!

So, anyhow, I’m sharing this to remind all my Jewish readers of the proper way to celebrate this important all-inclusive holiday for us. And, if you are hosting a seder yourself, please keep all of this in mind.

And to everyone who does this holiday, in any way at all, no matter your official religion, I wish you a very happy and peaceful (and delicious, too, of course,) Passover!