Trending
You are at:Home»HOLIDAYS»HOLIDAY: HAPPY PASSOVER 2016
By Karen Salkin on April 22, 2016 · HOLIDAYS

I’ll be addressing the horrible shocking death of incomparable Prince on Monday, after I’ve had a few days to wrap my head around all the sadness. But today, let us celebrate Passover. 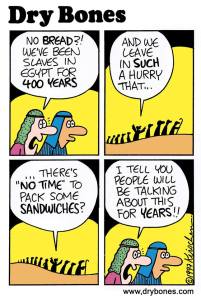 I don’t know if I’ll be celebrating with a seder this year. I always hope and pray that I’ll be invited to at least one, if not both, of the seders, and, surprisingly, sometimes I’m not! I don’t really want to attend the religious ones, and I guess many of my other pals just don’t think to include me. (Nice friends I have, eh?)

But this year, I’m invited to several other events on these two nights, which have nothing to do with Passover. (I guess those hosts don’t have many Jewish cronies, or else they would have not made their own fetes on those dates.)

So, of course, ironically, this year I am invited to a seder. Not only that, but because the hostess is now on a diet, she hired a chef to cook the dinner, with her new restrictions, which have already been my restrictions for six months, since my mini-stroke! I was so worried that Passover food, which I love most of, would be hard for me this year, and now that it won’t be, I think I’d rather go to my other soirees instead!

At least that’s a good conundrum to have, don’t you think? Some years I’m not popular at all, and in others, I’m too popular for my own good!

So, by my column topics next week, you’ll be able to figure out just what I did this week-end.

And no matter what you do, if you’re of my same ethnic persuasion, I wish you a very Happy, and delicious, Passover!