In looking through my archives (to the right of this page) for something else recently, I noticed that last year was the only year in the existence of this e-zine that I had neglected to commemorate Mother’s Day!  I don’t remember why that was, because even after I lost my own beloved mother, I still wrote about the day for everyone else. (See?  It really is not about me!!!) 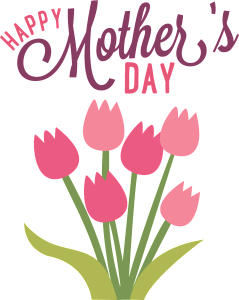 So now I’m back here, celebrating all the good mothers in the world (which I assume all the mothers who are reading this are) on their special day this week-end.

This concept hit me the other night—I never ever saw my little mother as a burden.  I never thought, for even one second, that I had to visit her—I was more than happy to do so!  Not only did we have fun together, but my good times were doubled by seeing how much joy all the activities I planned for us brought her. Something as little as having her favorite restaurant lunch thrilled her.

Even though, in her later years, we argued almost as much as we laughed, she told me that her “favorite activity” was “fighting” with her “favorite child.”  So I went along with it.  She actually never said a harsh word to me until right after my father died.  I remember the first time like it was yesterday.  It was the first official day of sitting shiva, (the day after my father’s funeral,) and late at night, there were two couples left visiting with my mother and me—one was her friends and the other was mine, although we always shared our peeps. Hers left and, out of the blue, she yelled at me in front of my pals.  For the first time in her life and over absolutely nothing.  I was in shock.  But, she had just lost her husband of a zillion years, so I just went with it. 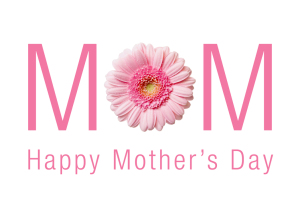 The husband of the couple who witnessed it turned to me and said, “I think you just became your father substitute.”  And he was correct.  They had always argued, over nothing usually, but loved each other madly.  Fighting occasionally was just their way, and it was especially useful because they spent every single second of their lives together, except for the five hours every weekday that they were each teaching in different schools.

So, with my father now gone, my little mo still needed someone to spar with.  And tag—I was it!  She always told me that she was scared of my brother, (because he yelled at her all the time,) and she felt bad for my sister, (for various reasons,) so the job fell to me.  Which I was totally fine with, forever after. 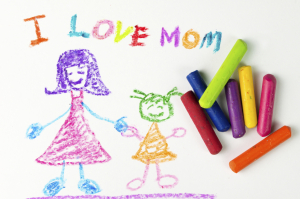 This looks like every picture I drew for my mother! (And still draw now!)

So that whole memory made me realize what message I wanted to give you all for this Mother’s Day.  It’s this:  Children—please cherish your moms, as I always did mine.  And step up to the plate always. But if you just can’t find it in your heart to do so all the time, please make your mother feel special on this one day.  I’m sure that even the ones who say they don’t want a fuss would feel awful if you didn’t make at least a little one over them.  And I can’t bear for any mother to be disappointed.

So I’m wishing a very Happy Mother’s Day to all my readers who are mothers. You deserve it!