Trending
You are at:Home»HOLIDAYS»HOLIDAY: HAPPY MOTHER’S DAY 2016
By Karen Salkin on May 6, 2016 · HOLIDAYS

Just because I don’t have my own mother on this level of life anymore, nor am a mother myself, that doesn’t mean I don’t want to celebrate all the good mothers in the world on their special day this week-end. 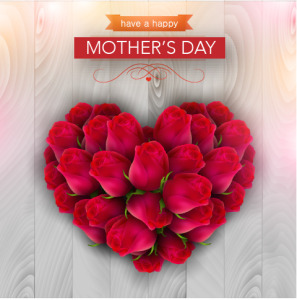 I chose not to have children, mainly because I’m still waiting to grow up myself! (And I didn’t want to share my crayons. And I’m not even kidding about that.  Good mother material, eh?) And I’ve never second-guessed that decision. There’s actually only one day a year that I wish I had a child for a few hours. Can you guess when that is? No, it’s not Mother’s Day. (You thought I was all about getting gifts, didn’t you?)

It’s Thanksgiving, but only the morning of. That’s not because it’s a family holiday, though—it’s solely because I need someone to watch the parade with!!! Mr. X is really not interested. I used to force Clarence to watch with me, but he really did not seem to care at all about the Broadway numbers. (Since he was the famous Singing Dog, though, he did sing along with the songs the famous-peeps-on-floats sang later on.)

Here’s one little story about that day, that I get a kick out of. I was rarely home in New York with my family for Thanksgiving after I moved to Los Angeles as a teen-ager. I had even lived in Rhode Island for a few years, but always stayed there for that holiday, as well, because my second family, the Hazels, cooked better than my Salkin clan!

So, one year, I decided to go home from LA for Turkey Day because my mother always missed me. I had spent a couple of days in Manhattan with my friends before returning to Brooklyn the night before so that my mother would have someone to watch the parade with, because that wasn’t really my father’s thing.

It sounds like an easy thing to do, but it was not. For years, I had been hearing about the wonderful “night before” fete at my friend Amy’s apartment. It was right across from the museum where they blew-up all the balloons for the parade, and, knowing these hosts like I did, I knew it would be a fun and elegant affair. I had always wanted to attend, but was never in that town then.

So, finally, here was my one chance. I was already staying with them, and Amy and her game husband, Freddie, were begging me to stay. But, no—being the thoughtful daughter that I always was, I would be there for my little mo on Thanksgiving morning, to get up bright and early and watch the parade with her! I just knew how happy that would make her, and doing that was always my mission in life. 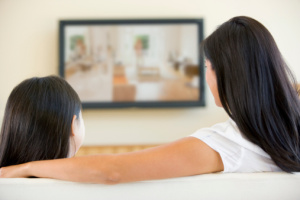 So, I slunk home on the subway on Wednesday day, went to sleep early, (wondering how Amy’s soiree was going,) and arose at the crack of dawn to be there for my mom. I went downstairs, and put on the parade right at the beginning, calling for Maybelle to come on already.

She arrived in the living room a minute later, and immediately put on her coat. In shock, I asked where she was going! The answer? To breakfast!!! I pleaded, “But the parade is on!” To which she said, “Come on, Karen, you love that stuff; I don’t care about it.” OMG! She didn’t know about the wonderful event I gave up to do this with her; I hadn’t wanted to mention it because, always self-sacrificing, I knew she’d tell me to stay with my friends.

So, there I was, in my childhood home, once again watching the parade by my lonesome. It was sad, but at least I knew that I had made the correct decision. If I had chosen Manhattan instead, I would have always felt that I had let my mother down, not knowing that she would rather go to breakfast by herself, and then get ready for Thanksgiving dinner, than be tied to the TV for three hours, even with me by her side! [Note: In those days, I never thought to stay at Amy’s late, and then take a car service back to Brooklyn. It’s one of my biggest regrets that I didn’t think to do it that night. Had I just told my mother about my choice to begin with, she most likely would have suggested the car service! Or even volunteered to come get me in the morning, as long as we could go out to breakfast.]

I know—this is perhaps a story for my Thanksgiving column, rather than my Mother’s Day one, but it is about the only day each year that I wish I was a mother. And one of the few days I don’t miss my own, because it obviously wasn’t one we shared often.

Now back to the present. Speaking of presents, I’m sorry I got too time-constrained recently to bring you a Mother’s Day Gift Guide this year, but if you’re stuck for ideas at this late date, why not check-out all the ones in my archives, to the right of this page? (Just go to “Gift Ideas” or even “Gifting Suites,” and you’ll be sure to find something for every female you know!) Hope that helps. (I’m confident that it will.)

I wish all the mothers out there a super Happy Mother’s Day!