Trending
You are at:Home»HOLIDAYS»HOLIDAY: HAPPY FOURTH OF JULY WEEK-END 2022!
By Karen Salkin on July 1, 2022 · HOLIDAYS

First of all, I wish you all a happy whole month of July! With the world being what it is, we’re never quite sure that we’ll get to another month these days, are we? 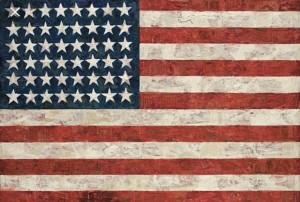 A flag that looks a bit tarnished, to mirror what this country is going through now.

So now, let me bring the room up again by celebrating this happily long holiday week-end. It’s always special when July 4th falls on a Monday, which hasn’t happened since 2016! And it won’t be so again until 2033!!! So enjoy it now.

The reason I deem it to be “special” is that if you take Friday off from work, too, (which—why not?!,) you’ll have a full four days to celebrate! And right at the start of the summer. That sets your entire season off in such a fun way.

When I was a kid and then a teen, and even for a long while after that, I had great Fourths. It was always a time for friends, fireworks, and fun in general—barbeques, pool parties, and later on, even my club nights on the eve of the actual holiday. Then, for several years in the mid aughts, none of my pals wanted to do anything for the holiday. They just wanted to sit home like lumps.

Okay, I confess that I often wanted to stay put at home, too, but only because the July 4th week-end always falls right in the middle of the Wimbledon tennis tournament, and you know I just can’t bear to miss even one second of those proceedings. 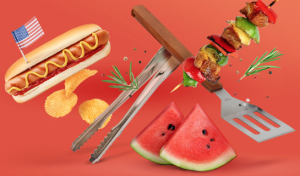 But occasionally, I would have done something fun on at least one day of the holiday week-end, except for the fact that…there was no one to do anything with! Mr. X has never wanted to do much outside of the house, which I sometimes feel bad about, but mostly love because that means that I get to have him and his humor all to myself at home while also enjoying quality time out with my many pals. So the situation has always been a win-win, for my entire circle.

But when it’s a holiday, and absolutely no one I know wants to celebrate, then I feel bad. But guess who has come through for me in the past four or five Fourth of Julys??? Mr. X! I know, right? Though he complains about being out and about for around half of the time we are, we laugh our butts off the whole time, and we’ve had some fun and funny times during those 4ths.

Pulling up to a really fun Fourth of July event. Photo by Karen Salkin.

So that’s what I’m hoping for again this year. My perfect July 4th week-end will be just staying home and watching Wimby on Friday, Saturday, and Sunday, and then on Monday, going to the early hilarious barbecue we’ve been to before on occasion, and then more tennis watching, and and finishing up with fireworks in a secret location, after grabbing some snacks on the way down there. And then watching the Macy’s Fireworks show on TV when we get home. And then finishing it all up around midnight with a romantically-lit dip in the pool/hot tub. 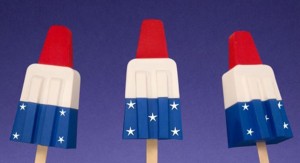 How yummy do these look?

Whew—I’m exhausted just writing about it! That made me sort-of understand Mr. X’s stay-at-home policy. So I’m going to take the next three days to reconsider my Fourth of July plan for Monday. But you know that no matter how we celebrate, there will always be fabulous Fourth-themed food at the ready.

Now, no matter how you spend your (hopefully) quartet of holiday days, I wish you all a wonderful, and most importantly, safe, entire week-end, especially the actual Fourth of July on Monday!