Trending
You are at:Home»HOLIDAYS»HOLIDAY: HAPPY FOURTH OF JULY 2020
By Karen Salkin on July 3, 2020 · HOLIDAYS

In looking back at my previous five Fourth of July columns, (which I’ve obviously written only every other year of this e-zine,) I noticed that in every one, I end by wishing you all a safe holiday. Well, this year that sentiment means more than ever. On so many levels. 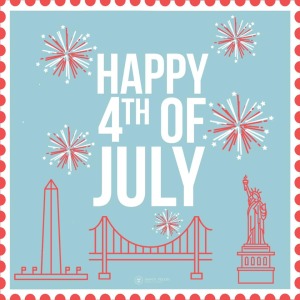 It mostly means that this country is in such a precarious situation with the coronavirus right now, with sooo many people letting their guard down. I know that after months of staying at home, summer has brought a hard-to-curb desire to be out and about. No time is more prime for being out in the summer air than on July 4th, when absolutely everyone wants to celebrate.

But now is not the time. I’m begging you all to try your best to stay home. I promise, the fireworks on TV are really spectacular. Yes, of course it’s not the same as being there in person. But when coupled with knowing that seeing them on your screen instead of in person may save your life, they get even more beautiful.

And it’s just one year! So far. Not to be Debbie Downer, but it’s official—if enough of us do not sacrifice this year, who knows what will be what with the world in 2021. So please just chill this week-end. (And if you’re bored, how about watching my latest YouTube video? My face isn’t even in it! I’ll explain in a minute. Here’s the link: www.youtube.com/watch?v=dmhsAI5f16U&t=3s.) 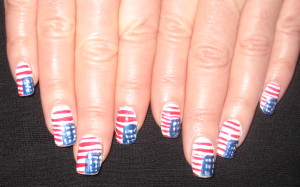 My flag nails one recent year. (This pic was taken about ten days after I handpainted this design, so they’re already a tad messy.) Photo by Mr. X.

Hey, I love July 4th as much as the next guy. Actually, probably even more—it’s one of the occasions I usually dress-up for, in one of my many—and I do mean many—outfits. I have multiple flag: pants, shorts, tops, earrings, scrunchies, scarves, hats, socks, ties, shoes; I even have a flag bikini!!! And, of course, I even paint flag fingernails! They take almost the previous three days of July to get done! But it’s always worth it to entertain anyone who sees me.

One year, I even wore a light green hospital gown and a tiara, and carried a book around, to emulate—think about it a second—the Statue of Liberty, of course! Nutty, I know.

But that brings us to another reason for safety at this time in history. We’re experiencing so much unrest, rightfully so. But it’s been scary at the same time. I’m not even sure what is exactly politically correct right now. I was choosing beautiful Jacquie Lawson* e-cards to send to my friends, and I kept cringing—one card featured an adorable teddy bear parade going by…the White House, so I had to nix that one, of course. And in her cards depicting crowd scenes for the holiday, I had to check to make sure that all ethnicities are covered in there. I even worried about sending a stunning depiction of a picnic to my vegan pals! Oysh. I’m trying to do a nice thing to cheer everyone up, and all I could think about is: is anyone going to have a problem with any of it. A holiday card! And here I am–having to be so sensitive for the lucky recipients. That’s just crazy. *[Note: You should really check-out her site, if you’re not familiar with this talented artist’s gorgeousness.] 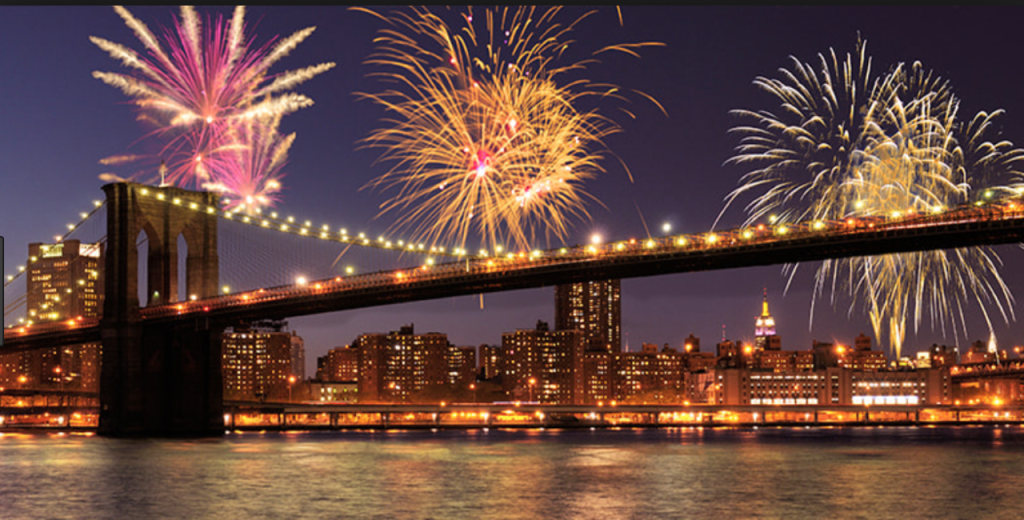 The famous Macy’s fireworks, near the Brooklyn Bridge.

Then there’s the usual Fourth of July admonition about fireworks safety. Shamefully, there have already been a plethora of them, for weeks now, all over the country. Some people are insane. No one seems to be really certain of the purpose of this new nightly terror, but I see complaints on every news site and social media platform. No one is reaping the benefit of seeing the fireworks—they seem to be being set-off just to annoy others. I don’t get it. 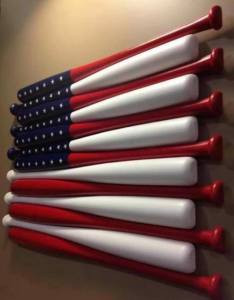 This pic is for us sports fans, in case we don’t get any baseball in 2020. I know it’s supposed to start this month, but with the way the world in going now, you never know.

I usually remind you all to be safe on July 4th because I worry about people drinking and driving on holidays. Or just drinking, period. Or just driving, period. But this time, I really hope, from the bottom of my heart, that none of you will be driving anywhere. Please, I’m begging you, just stay home! Going out right now is sooooo not worth it!

To end on a semi-humorous note, there is one more danger this holiday that I feel I must warn you to be safe about—worms…in strawberries! No lie. Every year around this time, I make my favorite repast of all time—strawberries and cream. I don’t do it for July 4th, per se, although it often falls on this date. I make it to enjoy while I watch my beloved Breakfast at Wimbledon. But, major alas, this beautiful British tennis tourney is, of course, cancelled this year. But since I allow myself this majorly caloric treat only this once a year, I plan on having it for the Fourth. 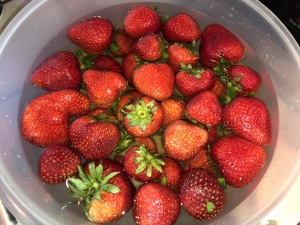 The exact strawberries I used in my “worm” experiment. (But I didn’t throw them all in like that until my video was over–I didn’t want to overcrowd the bowl on camera.) Photo by Karen Salkin.

And then I had to see a video of some obscure woman showing us that, when soaked in hot water and salt, little beige worms come out of the strawberries!!! Say it with me—Ewwwww. So I’ve been researching the topic ad nauseum, and it does appear to be true. After mulling it over, and worrying, for about two months, I decided to go ahead and buy the berries. And now, for your viewing pleasure, I tried the experiment for myself! Just last night. I was really planning on Tom Sawyering Mr. X into doing it for me, so I wouldn’t get sick to my stomach. But I’m proud to say that I bucked-up and did it myself, even rotating the berries with my hands, just to see what’s what, very up-close and personal. (And I even polished my nails blue, because the strawberries are red, and then donned red, white, and blue jewelry, and a shirt with blue and white sleeves for the video!) If you’re curious as to the results, here’s the link to this latest YouTube video of mine: www.youtube.com/watch?v=dmhsAI5f16U&t=3s. (Just be a tad patient because they need to be soaked for at least five minutes.)

So, all the above are what I’m wishing you safety for in 2020’s Fourth of July—being out of the house at all, drinking, driving, looking out for dangerous fireworks, being politically correct at this volatile time, and, of course, the strawberry worms. Whew.

Other than all that, I really do wish you all a somehow-wonderful, and, of course Happy, Fourth of July! And STAY SAFE, now more than ever.