Trending
You are at:Home»HOLIDAYS»HOLIDAY: HAPPY EASTER AND PASSOVER (WITH A SPECIAL EXTRA DAY THROWN IN FOR GOOD MEASURE!)
By Karen Salkin on March 30, 2018 · HOLIDAYS

HAPPY EASTER AND PASSOVER (WITH A SPECIAL EXTRA DAY THROWN IN FOR GOOD MEASURE!)

Once again, Passover and Easter share a week-end! I love when that happens because it reminds me of my very first Spring in LA as a teen-ager. I had been here only a few months, but had made so many wonderful friends that I was lucky enough to be invited to one’s mother’s house for the first seder and her father’s house for the second, (which was especially interesting to me because I had never seen divorced parents yet at that point in my life—I guess Brooklyn ’rents stayed together back then.) And then for Easter, I went to the home of my friend, The Beautiful Desdemona, whose family was the most fabulous, disparate group of people I had ever encountered! I actually named my circus character, Little Mina from Copenhagen, after her mother! 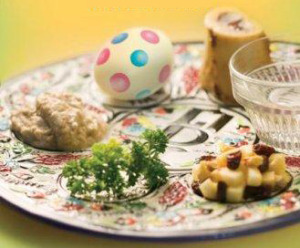 Even though the two holidays being on the same week-end is a rare occurrence, it did happen very recently, in 2015. But back then, none of my pals in Los Angeles were very much fun. This year, though, I’ll be going to one seder, followed by what I know will be a fabulous Easter because Mr. X and I are joining some uber-fun new pals in Malibu for that occasion. We did the same thing last year, so I already know that after a marvelous lunch, which features party favors at each place setting, we’ll have an Easter e-word hunt on the amazing property, complete with prizes, and then we’ll follow all that with a fun, easy-to-play, money-winning game. We had such a good time there in 2017 that we had considered hiding out in that beautiful house until this year’s festivities!!! 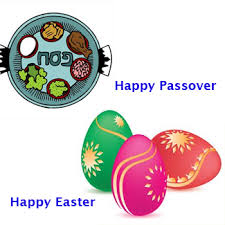 I have only one conundrum for the whole week-end, (and, no, giving up watching the Final Four of the NCAA basketball tournament is not even a consideration!) I usually wouldn’t even tell you this now, so that I can catch everyone off-guard that day, but Easter is also—wait for it—April Fool’s Day!!! You’re all safe, (I’m talking to you Carol Rampino and Lila West!,) because Easter dinner begins at noon that day, and the party goes on until late, and it’s about an hour each way, so I won’t have time (or energy) to pull my usual pranks. (And therein lies my aforementioned conundrum—which to give-up that day—a beautiful Easter party or my favorite activity of each year—getting all my friends with my fabulous April Fool’s Day gags! But, reading this paragraph back to myself, I see that I’m going with the Easter fete. Who needs a shrink to bounce things off when you have your own e-zine?!) 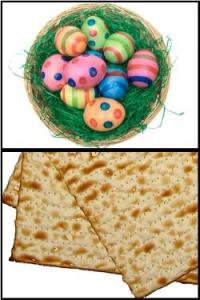 So, I’m going to very unselfishly give you a primer on the correct way to do April Fool’s jokes right now. Here are my hard and fast rules:

1) Most importantly, under no circumstances scare people too much, like with something about death or awful health. Those topics are absolutely unacceptable.

2) But you do have to make it something semi-bad, so the recipient will be relieved when you take it away.

3) You absolutely cannot tell them something great, like that they got a job or somebody likes them, etc., and then take the good thing away. That would just be a bummer all the way around. (And sadly, that’s how most people do it. So wrong.)

4) The more based in truth the joke is, the more believable it will be. (Like telling someone who’s counting on you being someplace, as when I visit pals in New York, that you won’t be able to make it, after they’ve planned a big party for you.)

5) And, most importantly, it has to be quick. You can’t prolong the pain, or it will lose its goal of making everyone laugh. It will just make you look like a douchebag.

And there you have it! Just do not try to get me! It has rarely been done.

I wish all of us a fantastic week-end: Passover seders, the Final Four, Easter, and April Fool’s Day; a week-end does not get better than that! (For me, anyway.)