Trending
You are at:Home»HOLIDAYS»HOLIDAY: HAPPY EASTER 2017
By Karen Salkin on April 14, 2017 · HOLIDAYS

Easter is a weird holiday for me. Most of my pals in LA don’t care about, especially when, as it does this year, it comes in the middle of Passover. Even my non-Jewish friends, with little kids, to boot, don’t seem to get into it. 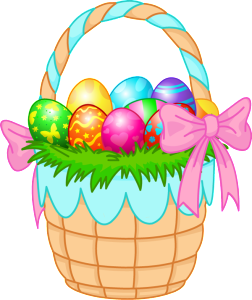 But I love it! How could you not, with all those fabulous colors, and candies, and foods?! (I do my best small candy shopping, such as light-colored M&Ms, [for Mr. X, not moi,] right after Easter.) I love doing my nails in assorted pastels, and, when I have the time, (which I absolutely do not this year,) I paint each one to look like a different Easter e-word! Even my Jewish pals appreciate that supreme effort.

And even though I’ve spent a few Easters doing nothing, I’m always up to celebrate it, even if just to grab a pizza with a few pals, and sit around one of their pools, as I did two years ago. That was an easy, peaceful one.

But this year, I’m happy to report that I’ll be going to a private brunch in Malibu. And we’ll be doing my favorite holiday activity—an Easter egg hunt! For grown-ups! I’m thrilled about it because, since most of the Easters I’ve celebrated have been with children, I’m always the one doing the hiding of the ovals, while simultaneously hiding my disappointment at not being one of the finders! 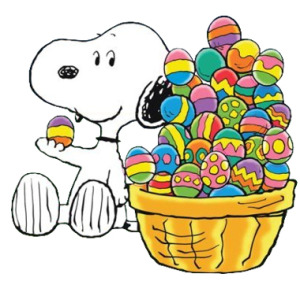 I actually got to do the hunting once only, at the Playboy Mansion Easter soiree, many years ago. Of course, being the competitor that I am, I wound-up finding the most e-words. And let me tell you—it was thrilling. For reals!

But Hef didn’t really know me, except to say hi, (even though I went there often, he had people who handled those guest lists for him; he didn’t do anything personally,) so he didn’t want me to win, because the prizes were big ones, like TVs! He wanted to give them to his close pals. So, he let couples and families combine their finds, and crowned one person in those groups as the individual winners, which I really was!

But I have higher hopes for this group of peeps I’ll be joining on Sunday. Plus, I have a feeling the prizes will be a lot lesser than televisions. But no matter—I’ll be happy to just come out the victor. Or even just to be a participant. (Yeah, sure.)

No matter what you do this week-end, if you’re a celebrant, I wish you the happiest, hoppiest Easter ever!