This is usually my favorite day of the year. And that’s no April Fools’ Day joke! I lie in wait to “get” as many people as I can. But this year, the joke is on all of us. The entirety of 2020 so far is the joke. So I really don’t want to torture anyone more than the world is doing to them already. 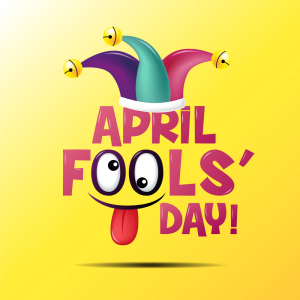 If this were a regular year, I would not even be posting this today because I don’t like anyone to realize what the day is; I don’t want anyone to be prepared for my jokes. Even when they are, though, I still usually get them, sometimes twice in one phone call! I laugh with such glee, like a Marvel villain, every time I fool someone. I even plan some of my April Fools’ Day jokes beginning April 2…the year before! And then I keep lists of everything I pulled on people, so that whenever I come across those lists, I have the feeling of that joy again.

But there’s one more reason that April Fools’ Day is my favorite day of the year—it’s the one day that Mr. X tells me he loves me! All day. I swear, I really love that. I was really disappointed when he started telling me he loves me on some other days of the year because it’s taken some of the fun out of April Fools’ for me.

Okay kids, I’m going to tell you just how to do April Fools’ jokes, even though I’m heavily suggesting that you wait till next year to pull these stunts. But there is most definitely an art to it, and I’d venture a guess that most of you do it wrong.

This is what not to do: do not tell anybody that something good happened or is about to happen, and then take it away from them by saying, “April Fools!” That’s just depressing, and there’s no fun to it.

This is what you do need to do: make-up something semi-bad, so that when you say “April Fools,” they’re relieved, and laugh. But don’t make it anything horrible, like death or surgery, or they’ve lost all their money, or anything along those lines. And do not say something stupid, like that you have Coronavirus, this year! That whole topic is off-limits. 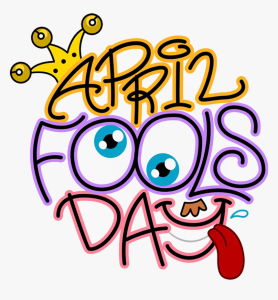 But make sure to base it all in any other reality so that they believe it, even if they realize what the date is.

And, most importantly, you have to make the joke a quick one. Definitely do not prolong the pain, or it will lose its goal of making people laugh. It will just make you look like a major douchebag. (And you will be one if you don’t do this right!)

Here are some examples of ones that I’ve done in the past:

~ I told my hand therapist, who had become my friend, that my doctor told me not to use her!

~ I told my assistant that the PR people for events we had been to in the past told me to not bring her to the next one.

~ A friend gave me e-words from her own personal chickens, so I told her that I got a notice that everyone who ate them the night before had to be tested for salmonella!

~ A friend had recently told me a secret about a mutual friend of ours, so for AFD, I told her that I had let the secret slip out to the friend it was about! She almost had a heart attack over that one!

~ I had referred a pal to my doctor, and told the pal that the doc said he was difficult! 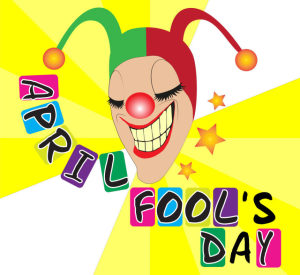 So that you can have some fun today, too, here’s the link to my more detailed tutorial on the topic: itsnotaboutme.tv/news/special-days-how-to-do-april-fools-jokes. But remember–do not use today to tell people the current horror is over! Or worse, that you, or they, have the virus!!!

Even if, like me, your heart is not in doing April Fools’ jokes today, now you’ll be ready for next year. (If we ever get out of our houses again, that is!)

And no fooling—I wish you all a Happy April Fools’ Day!