This is the only column I’ll be publishing this week, so that everyone will get the chance to read what I’ll be doing on Friday, and how you can support me, if you like this Ezine. (Don’t worry—it’s not a monetary pledge or anything like that.) 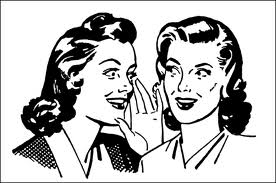 This Friday, August 12, at 2:10PM east coast time, and 11:10AM west coast, (if you’re in Mountain time, please figure out what that means for you,) I’ll be doing a gossip segment on an internet radio show called Daytime With Donna, on http://toginet.com/shows/daytimewithdonna.

I guess that makes me the same as one of my favorite shows–a Gossip Girl!

I would tell you about it anyway, just to listen and hopefully enjoy, but there’s a twist I wasn’t aware of when I originally agreed to do it. It’s actually a contest to chose the best “Celebrity Gossip Person” from a group of twelve, which includes yours truly. I’m usually only competitive in brainy endeavors, like Jeopardy and, back in the day, Trivial Pursuit, so this will be new to me. They’re going to have the listeners vote on the best, so it would be great if you guys can do that for me.

But the voting isn’t until the first week in September, and I’ll give you the deets then, when the show tells everyone how to do it. For now, I’m just letting you know about it in case you have the chance, and interest, to listen.

And remember, I’ve done nothing but sit in a hospital room with my mother for the past three weeks, so my gossip may be a tad rusty. Unless they’re looking for an expose of what goes on in these Brooklyn medical facilities!!! Not as interesting as the recent JLo-Mark Anthony spotting in the Hamptons, I know, but in the scheme of things, much more important.