Trending
You are at:Home»GOSSIP»GOSSIP: STEVE EDWARDS SCANDAL
By Karen Salkin on December 13, 2017 · GOSSIP

Last night, people started asking me if I had any insights into the sudden firing of Steve Edwards from his morning show here in LA yesterday. That news came as as much of a shock to me as it had to everyone else in town! Steve had been a fixture on local television for as long as I can remember, and he was always thought of as a good guy, by everyone, including yours truly.

Digging deeper, it seems that there might be some “allegations of sexual misconduct,” as they say nowadays. I really can’t imagine that because of my own personal relationship with him, where nothing untoward ever happened! And there were plenty of opportunities. [Note: As of yesterday, the station hasn’t given a reason for his firing; this is all speculation, fueled by the extreme suddenness of the decision.] 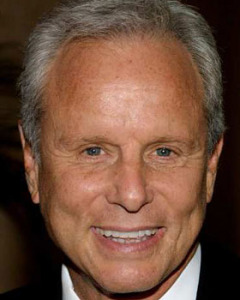 I’ve known Steve Edwards for decades; I even used to do a morning show with him. And he was one of the most supportive people of my career, and always made it known that he was a fan. But he never once tried anything inappropriate with me, even if we were alone together in his office. He never even said anything sleazy to me! And trust me, that put him in the minority of the show biz males I’ve run into over the years. (If you haven’t seen my Casting Couch video on my YouTube channel yet, now would be a good time. But finish reading this either before or after. Here’s that link: www.youtube.com/watch?v=OYKn2_EWaJM&t=10s.)

I first met Steve when I was doing my television show, Karen’s Restaurant Revue. I was at a party with my then-manager, Larry, who was friends with Steve. He told me right away that he was a big fan of my show. Then he told me that he had spied me at another recent event, something that he would tease me about endlessly ever after. The story goes that we were both in the Green Room for a private party after a music radio show on which Weird Al had just guested, and Steve said that he tried to catch my eye, but that I “snubbed” him. I really hadn’t even noticed that he was there. But even if I had, he was just a stranger who was on television, so I told him that, since he was the grown-up, especially one who was a fan of mine, and the more famous one of the two of us, he should have come up to say hi to me! He said that he had also seen me in another invited audience, so it was my turn to harangue him about not introducing himself.

But it all worked-out, and we wound-up doing several gigs together, always with him hosting some show or other, and me being either a guest or regular correspondent. And here’s a news flash—he was always lovely to me!

Now, mind you, I was a pretty young thing at the time, and got hit on all the time. All…the…time!!! Steve Edwards was one of the very few who was never, ever inappropriate with me!  Not even once! Heck, he never even flirted with me!

The first time we worked together is when he was interviewing me for some taped entertainment show. I remember what we were wearing, the outdoor location of the taping, and what we said, but not the exact series it was for; I did a lot of shows like that early on in my career, so many of them blend together. Steve was very kind to me. He said that he felt that I should have become nationally famous by that point, and not just in L.A., and even offered me a substantial amount of money to “seed my career.” How generous was that??? And there were no strings attached! Perhaps I was just naïve, and there would have been some down the line, but it sure didn’t seem that way. Even Mr. X said the offer was on the up-and-up. (And looking back on it now, maybe I should have taken it!) 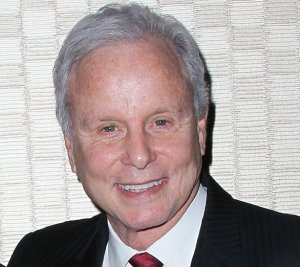 And then a few years later, I got to I work with Steve Edwards on a morning show back in the day. I loved working with him! He even went to bat for me, asking the powers-that-be to let me be one of his temporary co-hosts, (while they were working on finding a permanent one.) While he was trying to get that worked-out, he told them to have me do special remotes for the show, like showing affordable restaurant meals, cheering with football cheerleaders, and making healthful drinks at the beach. It was all so much fun, and all because of Steve. He was even kind enough to call me himself to give me the good news that my talent coordinator would be calling me with my first assignment. And again, not even a hint of impropriety.

And Steve gave me one of my favorite compliments ever! He said that he loves working with me so much because he’s “vanilla,” and I give him so much material to work off, which makes him look interesting and funny. I love that! But I always saw him as entertaining on his own because we laughed so much, both on and off camera.

And I never heard him say a disparaging word about anyone! He worked with some not-so-amusing people over the years, and wouldn’t even go along with me when I pointed it out. He basically told me that he enjoys everyone he’s ever worked with. How nice is that?!

I also have never heard even a whisper of him “sexually harassing” anyone! The only slightly negative talk I’ve ever heard about him was people wondering if he was faithful to his wife or not. But don’t people wonder that about everyone in show biz?!

So I, along with everyone else in this town, will keep an eye on the situation. I do realize that when TV personalities are let go with no notice, such as this case is, that usually means they have indisputable proof that at least one allegation is true. If that is the case, I feel sorry for the poor victim(s.) But I felt compelled to weigh-in and apprise you all of my non-story. And I’m, of course, hoping for the best for everyone concerned.