In all my years of observing every kind of cultural event, even going back to when I was a wide-eyed child in New York City, I’ve never seen anything that comes close to a Cirque du Soleil show. I haven’t seen nearly as many of their thirty different versions as I would like, but each one I have been lucky enough to observe has been spectacular. OVO is no exception. 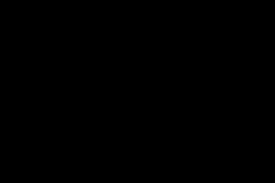 Adding to the spectacle is the venue; it’s back in it’s original Los Angeles spot, the Santa Monica Pier, where it all began back in 1987. (In the U.S.; it was born in Canada and appeared there for years before we were lucky enough for the company to come here). The romance of the event being staged there has endured.

As most of you already know, I absolutely hate e-words, making it hard to even write the word out for you! But, since Ovo means “egg,” I have to tell you that this is the first e-word I’ve ever enjoyed! I did try to avert my eyes when they were carting the giant one around the stage, but it wasn’t often, thank goodness for me. I wonder if Lady Gaga had already seen this show somewhere before she was brought to the stage in a giant one at last year’s Grammys. Hmmm.

I obviously couldn’t take notes during the show as I was riveted to the on-stage action. For the few of you who have never seen any Cirque du Soleil, let me tell you that one of their hallmarks is to have action at all times with no down time and no breaks, save for intermission. There’s constant music and the players do all the set changes, which are seamless and creative.

They do have comedy, of the mainly physical variety, in between the death-defying acts, but it’s still action, which the audience really enjoyed. The man next to me was downright guffawing over some of it! (For full disclosure, I’ve never liked their comedy, but then again, I’m not big into clown acts. When I was in the circus myself, back in the day, I had planned on training to be a clown, while being the star of the sideshow, but realized I’m just not into silliness, so I chose to stay being The Divided Lady and be cut up in a box. Good choice, eh?) 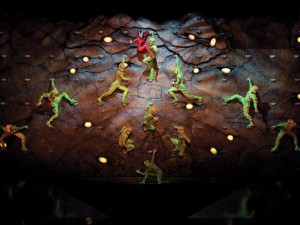 Comedy aside, Ovo’s acts are wonderful. My favorite, (though with so many uber-talented performers, it was hard to choose,) was the final one–frogs jumping on a giant wall. Any humble description I could offer would not do it justice, so you really just have to see it for yourself. The single guy on the most interesting high-wire I’ve even seen is a close second.

I’ve always felt that Cirque’s acts simulate fireworks—they just build and build, and just when you’re sure you’ve just witnessed the finale, they go even deeper. I really can’t figure out the minds of the amazing creators of each show. They constantly out-do themselves! 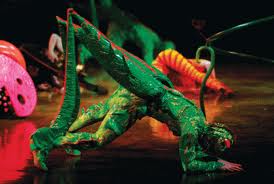 Each show has it’s own concept, some which I understand, others not so much. But they’re really beside the point. The concept helps fuel the set, costumes, and original music, so each is unique in those aspects, as well as the acts. Ovo is something about insects, and the costumes are stunning. I especially loved the grasshoppers, and how the costumes dictated the movement of the dancers and acrobats.

A couple of people I recommended the show to have told me that they’ve already been to another Cirque du Soleil show. To that I must say—are you nuts? Each one is unique! And even Cirque’s worst show, if there even is one, is better than even the best other entertainment, so you’re missing out big-time if you miss any Cirque du Soleil. One of my dreams is to see all their shows, and if you have the opportunity to do so, I say go for it! Every person in this amazing company always gives it his or her all.

This Sunday, January 29, the one PM show will be Ovo’s 1,000th! Even if they do nothing special for it, you’ll be witnessing history, so it should be a really fun time to attend. 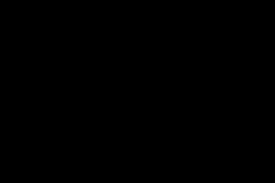 Also, if you’re like most people I know, and worry about getting there, parking, etc., it’s so much easier than you’d think. There’s affordable parking right by the Grand Chapiteau itself, (that’s the colorful moniker for their tent,) and on the Pier. And the portable bathrooms are not gross. And, surprisingly, there really aren’t any bad seats under the big top; we were kind-of high-up and semi-view-obstructed, but the show looked great. The designers make sure that there’s something going on on all levels of the stage, and for trapeze, higher-up is actually better. And the colorful sets and costumes are so entertaining that there’s always something wonderfully visual going on, from every vantage point. I was so busy eyeing the amazements on the stage, that I forgot to peruse the audience! I don’t think there are any other entertainments that can claim that, so extra kudos to Ovo!