Trending
You are at:Home»DINING»DINING/KAREN’S THOUGHTS: ISOLATION PART VI–WHAT IT’S LIKE FOR A RESTAURANT CRITIC TO BE STUCK IN THE HOUSE FOR OVER TWO MONTHS! AKA NATIONAL EAT WHAT YOU WANT DAY (WITH A NEW VIDEO)
By Karen Salkin on May 18, 2020 · DINING, KAREN'S THOUGHTS

ISOLATION PART VI–WHAT IT’S LIKE FOR A RESTAURANT CRITIC TO BE STUCK IN THE HOUSE FOR OVER TWO MONTHS! AKA NATIONAL EAT WHAT YOU WANT DAY (WITH A NEW VIDEO)

I actually began writing this article almost two months ago! I had been in isolation for just over two weeks at that point, and people kept asking me how a bon vivette such as myself was handling it. 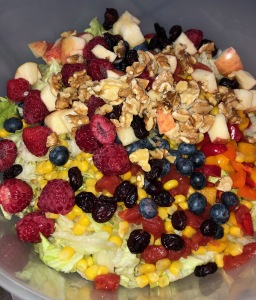 One of the few salads I made. It was far from basic–just look at all the fun items I included! Photo by Karen Salkin, as is the big one at the top of this page, of a black bean burrito buffet.

Now I’ve been in the house for almost ten weeks, so I figure that it’s time to discuss my worst cooking disaster ever in a new YouTube video. Here’s that link: www.youtube.com/watch?v=RqZEk2DNVts.

As far as celebrating that today is National Eat What You Want Day, isn’t this what we’ve all been doing during our basic house arrests? Shockingly, I’ve gained only half a pound in all these weeks! I can’t believe that’s to be considered a triumph these days. (I have one friend who has actually lost sixteen pounds! Maybe I should be quarantining with her instead of the candy-gobbling, soda-guzzling, bad influence, Mr. X!)

But I do have to admit that I’m not being as careful about what I eat as I’ve been for the past four and a half years, ever since my mini-stroke. Being contained for so long feels kind-of like we’re living in a doomsday bunker, so I’ve occasionally just been going for it. I’ve even been drinking some soda, an awful-for-you substance I gave up back then. But thank goodness I’m still not eating ice cream or red meat, (except for the small bit of pepperoni on a frozen pizza, or the one day Mr. X and I broke down and grilled hot dogs.) 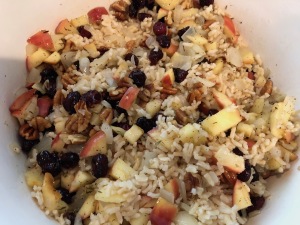 The weirdest thing is that this restaurant critic, (who’s been going out to eat for probably 95% of my adult life,) has been cooking up a storm! Almost non-stop! In all these weeks, (and, actually, months,) we ordered pizza twice, a friend brought us a homemade casserole once, and we drove-thru a fast food joint the three times that we went out for supplies. And that is it! I’ve made all of our meals for the rest of the entirety of the quarantine!!! OMG—that concept just boggled my mind! I may have to get a job in a restaurant after this! [Note: I have cooked on several TV shows over the years, to much success. Well, the cooking itself wasn’t great, which meant my segments were funny, which is all the producers and viewers really cared about.]

And here’s the best news—most of what I’ve cooked has been downright healthful! (I know that last week, I promised to tell you guys about all my dishes, but that would be waaay too long, so I’m just giving you the highlights. And lowlights, too, of course. And then, maybe one day, I’ll publish the extensive Isolation Food Diary I’ve been meticulously keeping for all these months!) 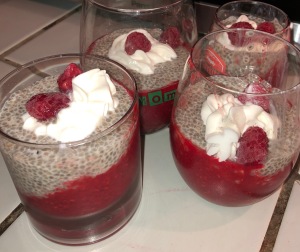 There have been some hits and some misses, as well, which, as always, I own up to. The hits include my quartet of perennial dishes: checca with whole wheat pasta, brown rice pilaf, vegetarian casserole, and healthful banana-peanut-butter-chocolate-chip pancakes. And some new faves, such as raspberry and chia pudding parfaits, cheesy potato pancakes, homemade guacamole, and the surprisingly delicious Tower of Matzah cake. (In case you missed them when originally published, links to some of the “hits” recipes is at the bottom of this article.)

The misses were, sadly, a tad more plentiful, including vomititious ricotta cheese chocolate mousse, chocolate “water cake,” (which Mr. X couldn’t even choke down even one slice of,) and the worst one—I tried making a banana sauce for a fruit salad, and suffered not one, but two mishaps! Well, the first one was a mishap; the second was a disaster. (Hint: They both involved the blender. Don’t ask.)

But my efforts in the kitchen will continue for the foreseeable future. That’s because I definitely do not recommend going out soon, which I explain in that latest foodie YouTube video of mine, right here: www.youtube.com/watch?v=RqZEk2DNVts. 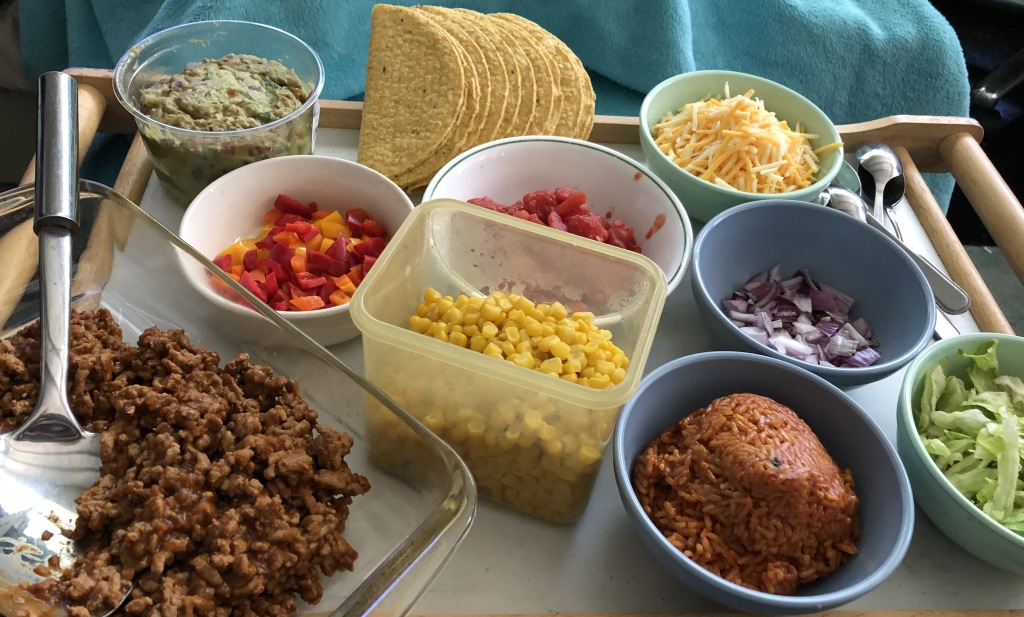 As we should all know by now, especially in Los Angles and New York, (where I was due to be right now,) it’s still not really safe to spend time outside of our homes. But when it is safe to live our normal lives again, the first two places I’m heading to are the restaurants Back on the Beach in Santa Monica and Westwood’s Emporium Thai. There will be no more cooking for me! At this point, I cannot wait to stop.

And please, everyone, stay home to stay safe.

Now, as promised, here are those recipe links: 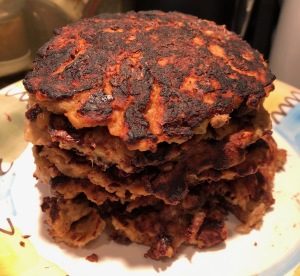