As a restaurant critic, and a restaurant lover, I’m always happy to see a Restaurant Week, no matter where it is. I’ve been to them first in New York, then here in L.A., and in Brooklyn; Newport, Rhode Island; and even Connecticut.

I’m always happy to report on them and suggest the best eateries for the bargain. And bargain it usually is. But not this time. 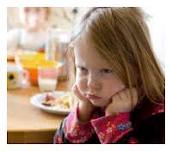 This go-round in Los Angeles, with the moniker DineLA, I’m afraid I must suggest we all refrain. I always spend hours, no exaggeration, perusing each and every menu to determine for my readers just what the best deals are. Often, sadly to say, the prices for the three courses are very close to the regular prices. And you might not opt for all three courses on a regular day, so you’re actually spending more money, which is kind-of a small scam.

This time, which begins today, it’s worse, though. For the lunches, I couldn’t find even one of the lowest-priced places that’s offering three courses! It’s the same price as DineLA always is, but this time for just two! How silly of them! Do they think we diners are morons who won’t notice the difference???

Granted, as I just stated, some of us really want only two courses. But the fun is getting all three, for the same price! I swear, Mr. X would never think of ordering dessert because he tries to limit his sweets. But on the odd occasion that he joins me for these special meals, he gets a kick out of the small desserts they bring us. And he’s the furthest thing from a bargain hunter any of has ever seen; he actually likes to pay just a little over retail!

So, I’m sitting this one out, and I suggest you do the same. DineLA went from being a fun event that pulls me out of the house, to sample what all these eateries have to offer, to being one I resent for trying to bamboozle us.

[Note: on the dinners, though, which are always higher-priced than the lunches, most restaurants do see to be including dessert. But, for some reason, I always like the lunches better, perhaps because when they were all three courses, I left fully-satisfied, and full for the rest of the day. I don’t want to eat that much at dinner.]