Trending
You are at:Home»DANCE»DANCE/PREVIEW: LUX AETERNA DANCE COMPANY IS COMING TO THEATRE RAYMOND KABBAZ
By Karen Salkin on October 24, 2014 · DANCE

As a lover of both circus (one of which I was in,) and all things dance, I’m so excited to be going to this show at the Theatre Raymond Kabbaz next week! I’m letting you know about it now, instead of just reviewing it after the fact, because I’m sure that many of you fellow culture-lovers would love to witness it, too. 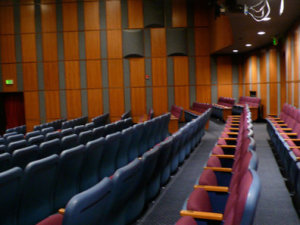 The interior of the very comfortable theatre. Photo courtesy of Theatre Raymond Kabbaz.

I, of course, haven’t seen this show yet, (no one in LA has, so we’ll all be the first!,) but I have high hopes for it. This company, Lux Aeterna, has been around for awhile, and this particular show, entitled Eponym, was created over three years ago, but never been performed here in Los Angeles. Until next Thursday night, when we’ll all have the opportunity to experience it together.

I did some research on it, so I feel that I can vouch for the show, and I’m totally vouching for this theatre that I’ve only recently discovered. And now love! (You can read my review of their opening show of the season here, to see what I had to say about the theatre itself: itsnotaboutme.tv/news/theatremusic-the-lost-fingers-at-theatre-raymond-kabbaz.) 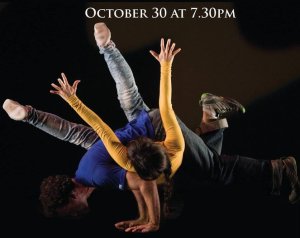 I can’t even figure out what’s happening here, but I’m excited to see it in person next week!

The Lux Aeterna company is described as being a “fusion of a wide variety of art forms, including breaking, contemporary dance, and circus,” all of which I’m a fan of. I really can’t wait to see it. Their choreographer, Jacob “Kujo” Lyons, says this piece they’re performing “is the hardest thing we’ve ever done.” Hey, even as a former dancer and circus girl myself, everything this company does looks hard to me! I’m in awe of what talent these people have. [Note: Even though as I stated above, I haven’t this troupe in person yet, I’ve researched them, so I know a bit of what fun we’re in for.]

Next Thursday night, October 30, can’t be here soon enough for me! This is the first year that I’m looking more forward to the night before Halloween than the actual holiday itself. Even tons of candy, haunted houses, and dressing-up as a pizza slice cannot hold a candle to dance and circus! Hope to see you all there. (For tickets, check-out the site below.)