Trending
You are at:Home»DANCE»DANCE: BLUE13 DANCE COMPANY AT THE WALLIS
By Karen Salkin on February 24, 2020 · DANCE

BLUE13 DANCE COMPANY AT THE WALLIS

First of all, the Wallis is the best place in Los Angeles to see dance. Dot, dash, end of story. The seats are the most comfortable ever, all the sightlines are wonderful, and the sound system is great!

And they bring us more of that art than any other venue does. So even the few times I’m not in love with a show there, I’m still enthralled by the experience. 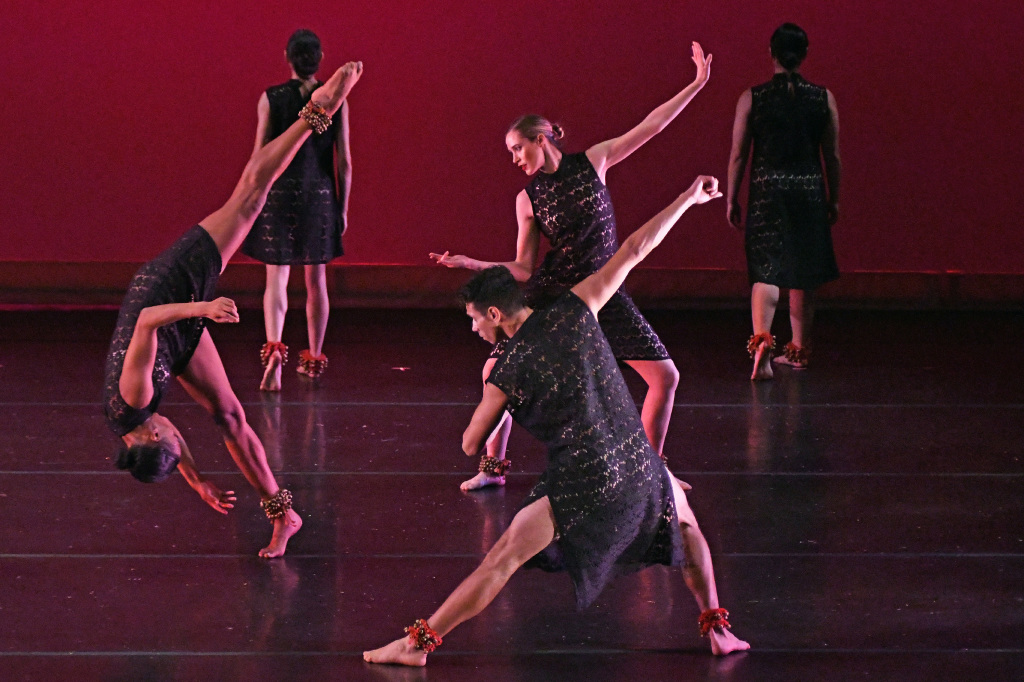 Photo by Kevin Parry, as is the one at the top of this page.

And that’s sort-of my feeling on this one. Blue13 Dance Company put on a good enough show over the week-end, but I never uttered even one little “Wow.”

Mr. X pointed-out that a lot of my dance affection has been colored by the works of Sir Matthew Bourne—nothing in that arena can compare to his choreographer and dancers, so every other company falls short.

That being said, I still love to see dance in any and all forms. I appreciate the work and having my horizons broadened.

So, even though this performance was not one of my favorites of all time, seeing Blue13’s Bollywood program was still enjoyable. It wasn’t exactly the full-on Indian dance that I’m used to; the many influences of contemporary dance made it more like Indian-adjacent. It was all pretty interesting. I didn’t love this show, but I far from hated it, which is always a positive. And the dancers themselves were excellent.

I have to admit that I couldn’t enjoy it full-out because I had read somewhere that hip-hop would be a major part of the program, so when there was zero hip-hop in the trio of numbers presented, I was beyond disappointed. Towards the end, as part of one of the numbers, a sign came up on the backdrop reading, “This is not what you think.” My thoughts at that point exactly. If I had been expecting just Indian dance, I think I would have admired the show more.

Now let’s get to the specifics. It began with a powerful opening tableau, featuring smoke and silence. That number, which has the lamentable title, F**k Fusion, was lovely. At the time, I really appreciated the musical bells around their ankles, (which are called “ghunghroos,” hence the overall title of this production,) especially because they reminded me of an old pal who wore them occasionally, when she wanted to make a lot of noise. But as the evening wore on, it was enough of that sound already. 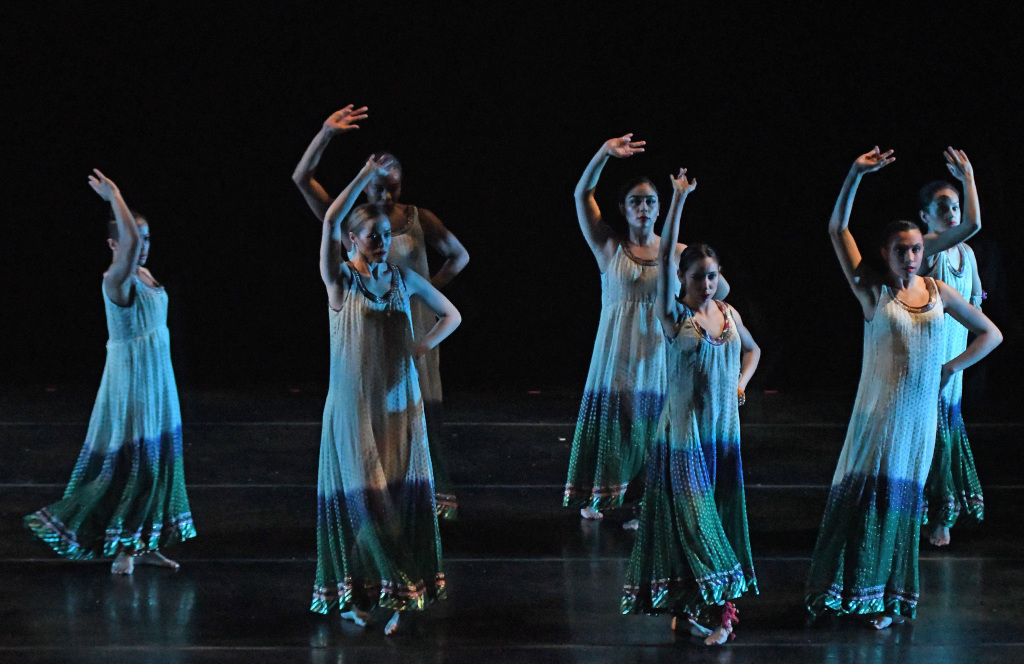 The second number, Diya aur Toofan, was by far the best. Part of that fabulousness was due to a trio of live North Indian Drummers, (a sister and her two very handsome brothers, who go by the moniker, Dhol Nation,) who accompanied the dancers right on stage with them, in the middle of all the action! That entire dance was joyous and colorful and rhythmic and varied and tons of fun. It brought the entire assemblage into intermission in the most upbeat way, which is always a bonus. 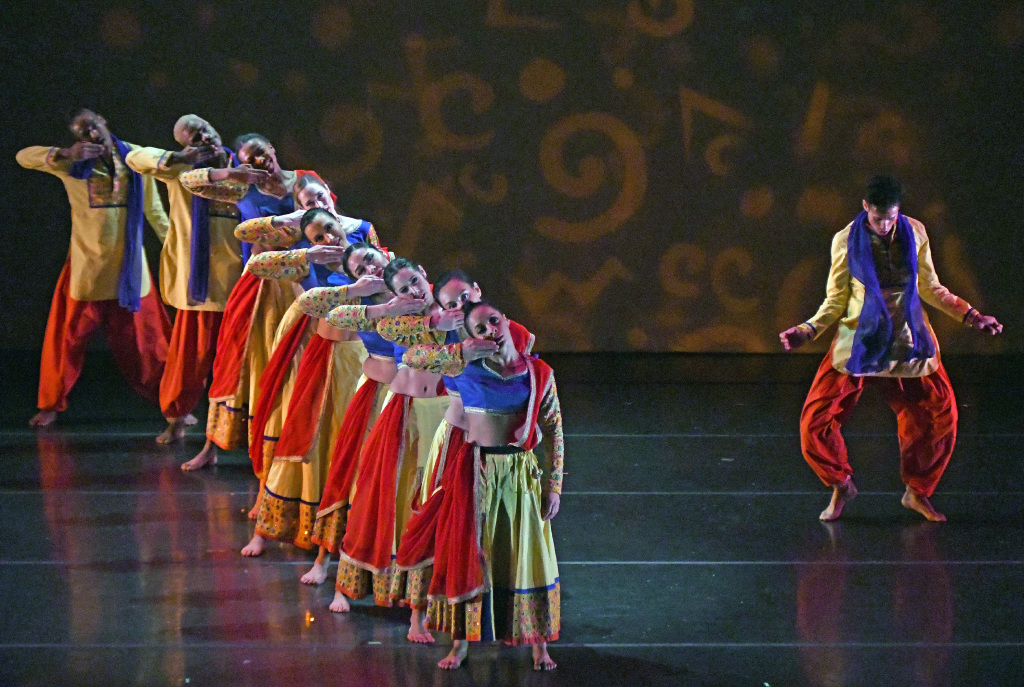 The entire second half was comprised of one act, Terpsichore in Ghungroos, (that last word meaning there would be another plethora of ankle bells.) The program listed three “chapters” of it, but there were four, so that confused me a bit. (But come on—these are accomplished artists—you can’t expect them to be math whizzes, as well!) I had no idea what all the angst-filled action was about, but it was the most musically enjoyable part of the evening because there were live musicians (on cello, violin, and drums,) for the last three-quarters of it. And Dhol Nation joined them at the end. 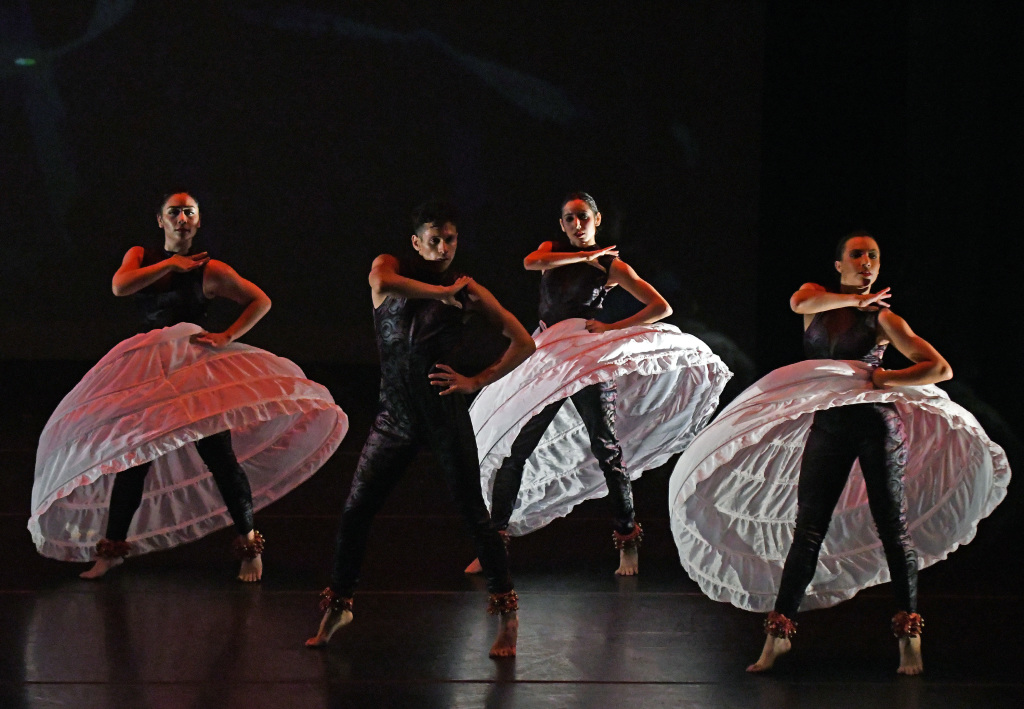 The dancers of Blue13 Dance Company were all excellent. But on the night I saw them, one of the males was behind the beat by a nano-second so much of the night that it drove me a bit batty. I never mind staggered moves, which are actually quite lovely, but this was not that. At first, I got a kick out of his efforts to catch-up, and found his attempts to save the shaky positions endearing, but it became a tad distracting after awhile.

All of it made me realize just how much I’m craving to see some classical ballet right about now, which there is quite the dearth of in this town. (And on TV!) So, please Wallis, bring us that next!

Still, I love that Indian dance is being brought to the masses. It’s so different from what most of us Angelenos are used to. 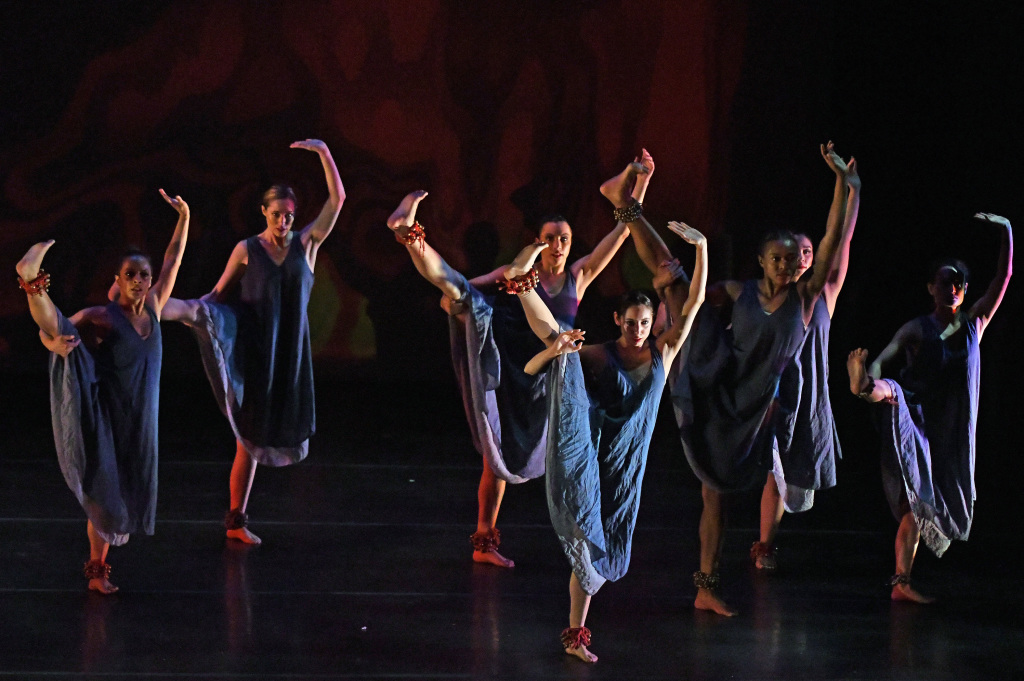 Lest you think that basic Indian culture is something that is far from our Los Angeles consciousness, let me tell you this one little personal story. When I was running hip-hop dance clubs almost two decades ago, my group of peeps was comprised of a wonderful mix of ethnicities. We were a microcosm of the way the world should always be. There was one gorgeous Indian girl, Pria, who showed-up a lot, and I only ever saw her with just one or two girlfriends. She asked me to throw her a birthday party at one of my clubs, and I asked her how many people she thought she’d have, expecting her to say something like fifty to eighty, as everyone else did. She answered, without even being triumphant about it, “About a thousand.” She told me they were all her Indian friends. I was shocked to hear that because in her age group, which would be between twenty-one and thirty tops, (because all my clubbers were in that age range,) I had seen only those three people from India in all those few years. But you know what? That’s how many people showed-up! Everyone was gorgeous and well-dressed and well-behaved, (a lot better than my club regulars!) It just goes to show how many Indian people in Los Angeles we could each know, if we just knew where to look! (The same can be said for so many different population groups; this one episode opened my eyes to all of it!)

Okay, now here’s one dance program note that came up that night, when several of my surrounding audience members asked me what was happening. There is a difference between “intermission” and “pause,” the latter of which occurs often in dance presentations. Between numbers in each half, there is often a pause, during which the lights come up. But do not get up because there’s not enough time to run to the restroom, (unless you really have to go—then there’s always time,) or get a drink, or anything else. The purpose of that pause is for the dancers to change, or just take a breath. (I would need to be on oxygen for that period, if I had just performed like they had!) Theaters bring-up the house lights then, so people don’t have to sit there in the dark. If the program contains an explanation of the numbers in the show, you can take this time to read it, so it will be fresh in your mind. So stay seated and chat or read. This is also the only time in a theatre presentation where it’s acceptable to check your phone. But do that at no other time, please!

But do check them right now, just to be in the know about all the happenings at the Wallis. You can do that right here: www.thewallis.org.