Even though we’re now in the middle of March, this year has been so juicy with events to tell you about that I never even got to let you in on February’s top Celebrity Sightings! Shame on me. So, here they are now, with, as always, the most recent one being on top: 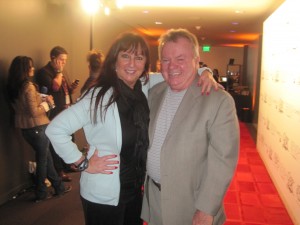 2/26/11 Jack McGee and I were so happy to bump into each other at the GBK Oscars Suite at the W Hollywood. He and Mr. X go way back, and since my mysterious bf doesn’t go out to these Hollywood-type events, Jack was happy to accept me as the next best thing. He’s a lovely man.

2/25/11 Joan Rivers in the side lobby of the Four Seasons Hotel during the humongous QVC Oscars party. You know I hate to say anything really mean about anyone, but I have to give you guys the honest scoop–she’s even worse-looking in person, if that’s even possible. She looks like a bitter little old lady with a disfigured face who’s all hunched-over. Made me glad I hadn’t eaten anything at the party or I would have lost it! 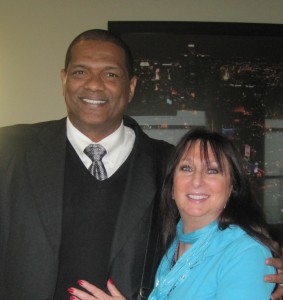 2/15/11 Julianne Hough arriving with her future film director and choreographer, (on the upcoming movie of this show,) Adam Shankman, for the opening of Rock Of Ages at the Pantages.

2/11/11 Sally Kellerman driving up Sunset Blvd. in the most mouth-watering sky blue car.
2/9/11 Peter Fonda and Anjelica Huston at opening night of 33 Variations at the Ahmanson Theatre. Peter was there to support his big sis, Jane, who was starring in the play, and he sat right near me. Anjelica walked by me at the valet, post-show.
Share. Twitter Facebook Google+ Pinterest LinkedIn Tumblr Email