Well, this was certainly a varied group of celebrities! We have a few adorable guys, (especially the one on July 12!,) some movie stars, and a duo who are famous in life, rather than in show biz.

So, let’s get started already!: 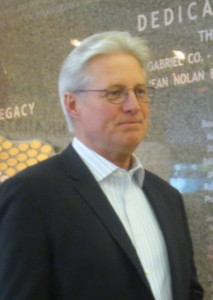 6/3/15 I know he’s not really a celeb anymore, but Bruce Boxleitner, who must be the handsomest older man ever, at the Shirley Temple memorabilia exhibit in Santa Monica. I can’t tell you one thing he’s ever acted in, but I remember that he was married to Melissa Gilbert, a fact that always left me scratching my head. (To see my review of the exhibit, click here: itsnotaboutme.tv/news/artevent-love-shirley-temple-exhibit-opening.)

6/11/15  Doris Roberts (whose photo, by Bill Dow, is over the title,) speaking at the opening of the Reel to Real exhibit at the Hollywood Museum.  She asked the mainly gay male crowd if one of them could just marry her already! (For my review of the whole shebang, click here: itsnotaboutme.tv/news/artparty-reel-to-real-exhibit-opening-party.) 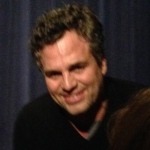 6/15/15 Lovely Mark Ruffalo and full-of herself Zoe Saldana, speaking after an industry screening of Infinitely Polar Bear in Hollywood. They both stayed for a long while after the Q-and-A to take pictures with everyone who asked! Wow.

6/20/15  One of my former Jimmy Stewart Marathon Celebrity Team-mates, Wolfgang Puck, at Hollywood and Highland.  He was catering the banquet at the Ray Dolby Ballroom, (where the Governor’s Ball for the Oscars takes place,) for a big Ethiopian Airlines event. He did better with the catering than he did on our running team, where he basically lost the race for us! 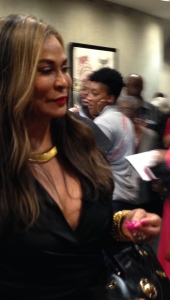 6/20/15  Beyonce’s mom, Tina Knowles and her new hubby, Richard Lawson, at opening night of The Gospel at Colonus at the Nate Holden Performing Arts Center in Los Angeles. At the end of the after-party, she was kind enough to stand outside and take pix with every guest who asked her for one!  Like mother, like daughter!  (If you missed my glowing review of the show, just click here: itsnotaboutme.tv/news/theatre-the-gospel-at-colonus.)

7/5/15  Comedian Johnny Dark in the parking lot behind Bookstar in Sherman Oaks.  I recognized his face right away, but someone else had to tell me his name. His last name fits the comic expression on his visage. 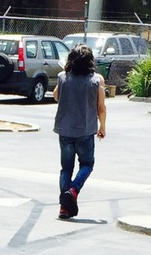 7/7/15 KISS guitarist Paul Stanley walking to his car from OSH hardware store in Van Nuys. But he was leaving empty-handed, so I guess he’s not as handy as Mr. X is! (Maybe he just enjoys frequenting a joint whose name is written all in caps, ala the moniker of his band!)

7/12/15  Sitcom favorite, Ray Buktenica, (of Rhoda and House Calls fame,) filming a car commercial in the Nob Hill section of…San Francisco!!!  I was in the Bay area for the week-end, so that Hollywood action was really fun to witness up there.  Now I’ll have to watch TV commercials for awhile to see if I can spot that ad! 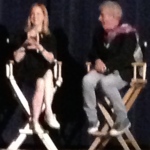 7/16/15 Sir Ian McKellen and Laura Linney doing the Q-and-A after the Screen Actors Guild screening of their new indie film, Mr. Holmes. Sir Ian plays Sherlock Holmes as a ninety-three-year-old man, but, when he was introduced, he came bounding out onto the stage, rocking jeans, sneaks, and, of course, a flowing scarf!