My Grammys review was supposed to be in this spot today, but my heart is just not into writing it right now. All I can think about is those poor families who lost so many loved ones in that tragic helicopter crash yesterday. It’s not just the loss of Kobe Bryant—hardly anyone is talking about the other four families involved. I didn’t even learn the names of three of the deceased until this morning! (I pay tribute to all of them by name at the end of this column.)

So I feel shallow discussing music business awards right now. But then again, tragedies occur every day. So I will try to buck-up tomorrow (or the next day) and review the 2020 Grammys in my next column. (But if you just can’t wait for my thoughts until then, you can always read my still-up-there tweets, @MajorCelebrity. I did cover a lot of the proceedings live, once I was able to control my emotions about the crash, and get rolling.) 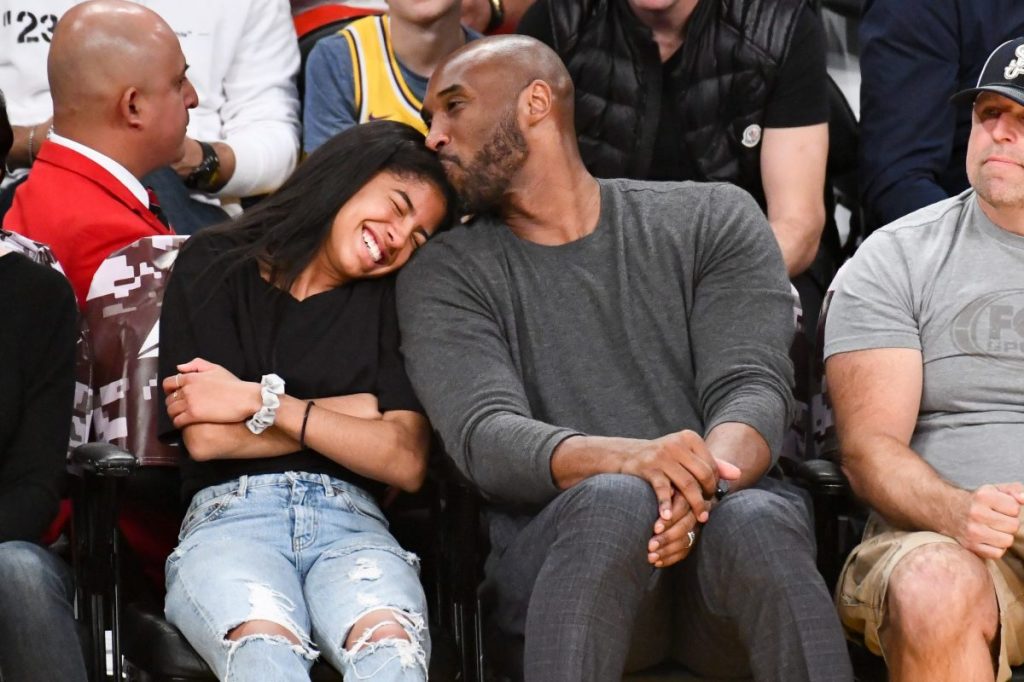 There is one thought on the Grammys, in general, that I’m going to share right now, though. It seems like something heartbreaking always happens around that awards show, doesn’t it? In 2009, in the wee hours of the morning prior to the Grammy Awards that evening, Chris Brown beat-up his then-girlfriend, Rihanna, on the way home from producer Clive Davis’ renowned pre-Grammys soiree. Chris was due to perform on the show that night, so the producers had to quickly, (and I do mean quickly—in a matter of a couple of hours!,) come up with another number to use in his slot. (Because God forbid the show would miss one act and come in on time!)

And then in 2012, just the day before the Grammys, (and the afternoon of Clive Davis’ party,) Whitney Houston shockingly drowned in the bathtub of her room at the very hotel the fete was being thrown in!

And now comes yesterday’s extreme tragedy, on the very morning of the show. Even though none of the deceased were anywhere close to being involved in the music business, many of the attendees were actual friends of Kobe Bryant, and absolutely every single person there knew who he was, of course, with probably at least half being fans of his mega-talent. [Note: For those of you who are wondering, this is not the time nor place for me to discuss anything negative about him.]

This Grammys-day catastrophe is especially devastating because it involves so many incredibly sad stories, and one sports superstar. There was a somber pall over the entire show.

Yes, I have met Kobe a couple of times, (mainly at the clubs I ran back in the day,) but that is far from being foremost in my mind right now. All I can think about is the many mothers, fathers, wives, husbands, brothers, sisters, offspring, parents, friends, and other family members who have lost one to three loved ones in this beyond-tragic way. It’s almost unfathomable. 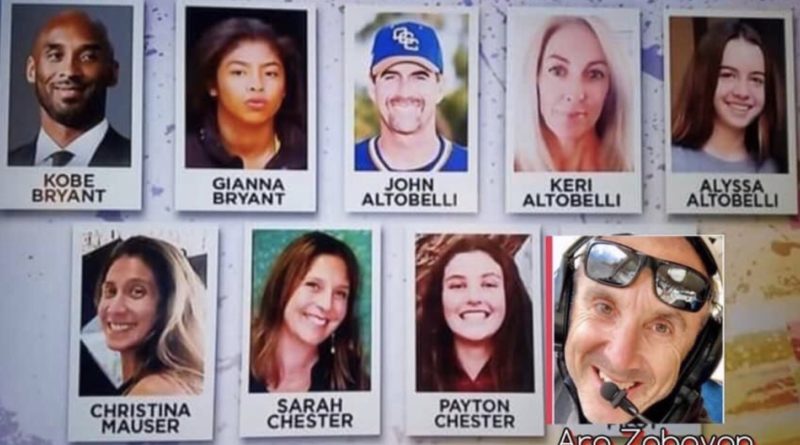 The nine people who perished in that horrific helicopter crash.

So I hope that we can spare a thought, or many, for all the families involved, who are most certainly left with holes the size of a universe in their worlds today. The deceased are: Orange Coast College baseball coach, John Altobelli, his wife Keri, and their teen-age daughter, Alyssa—they leave behind two other children, the girl of whom I fear is still a teenager; Christina Mauser, who was a girls’ basketball coach at a local elementary school, and more importantly, a wife and mother of three small children; Sarah Chester and her teen-age daughter, Payton; the pilot (whose fault it is said to not be,) Ara Zobayan; and, of course, Kobe and his thirteen-year-old basketball-playing daughter, Gianna Bryant. (I’m sick just writing this!)

Please remember to not leave your homes without telling your loved ones how you feel about them. It’s important.

And try to always be as safe as you possibly can. There’s a house with a helipad right in my neighborhood, and I hear that helicopter all the time. I have a feeling that for the foreseeable future it will frighten me even more than usual. And make me sad.

R.I.P., to the poor unfortunate souls who were just trying to live their basic lives. I pray that these now-angels can help the ones left behind to find peace at some time down the road.