I love when things work out fairly in the world, and last night’s Miss Universe competition did just that! I called Miss South Africa, Zozibini Tunzi, as one of the stand-outs when we saw the original ninety contestants!!! And championed her as the three hours went along.

And, almost to my shock—she won! Yay! 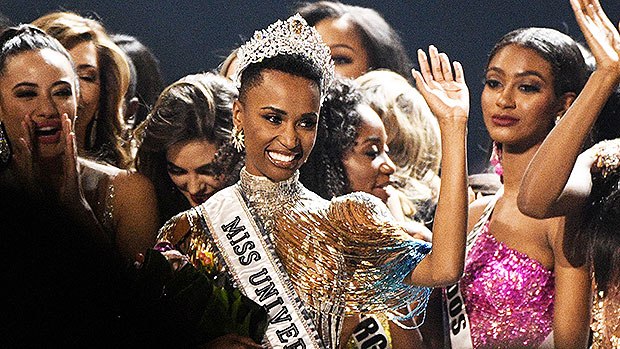 Zozibini totally deserves the win. She’s lovely and speaks beautifully. I could listen to her say anything. And I love that she’s so different from everyone else. Her hair is beyond short, she has no boobs, and she’s uber-skinny, not in a sexy way. And her gown was the furthest thing from sexy, too, but I love that she said it’s gold and blue to represent her country’s sand and sea. And her stance is so not pageant-y. She stood out all night as never trying too hard; she seemed so serene at all times. And, of course, I’m thrilled that she’s a black South African!

Also a bonus to the telecast was having gorgeous, natural, well-spoken Olivia Culpo, (the last American to win this competition, in 2012, and she’s from one of my two adopted states—Rhode Island–so I’ve always been in her corner,) being one of the commentators. She even made usually full-of-beans Vanessa Lachey seem good. (But I did detest both of Olivia’s puffy dresses. Very weird choices. Unless she’s preggers, which I’m just about positive she is not.) 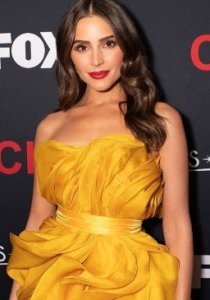 But, of course, there’s so much more to dish about the show! (Have you met me?!) So here goes:

There’s absolutely no reason to drag this show out to three hours! Two would definitely suffice.

And Steve Harvey does not need to be the host again. His “humor” is way too slow and self-aggrandizing, and a comedian is the wrong choice, anyway. The show just needs a charming, supportive host with no extra chatter. His monolog at the top was brutal this time. No one’s paying attention—the on-site audience is there for the ladies, not a comedian. It’s the wrong venue for him. 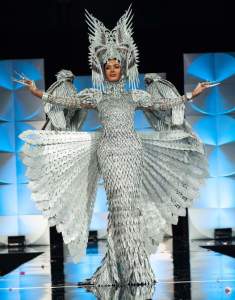 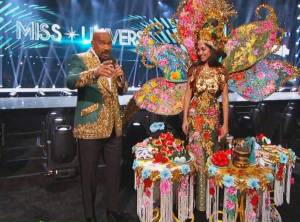 …and the one Steve Harvey erroneously announced.

And he has another major snafu this year. It wasn’t as bad as him announcing the wrong winner in 2015, but it’s still bad, even though this one was not his fault, either. This go-round, he announced the winner of the National Costume portion to be Miss Philippines, and they showed a picture of her in her beautiful silver outfit. But then he talked to a different girl on the lower level of the stage, in a costume with a food buffet on it! I was wondering how Miss Philippines got dressed so quickly because she had just been onstage a minute ago as part of the Top 10! But the girl corrected Steve, telling him she was Miss Malaysia, not Philippines. So he made a big fuss about how the teleprompter said Philippines and he was sorry about that and then he interviewed Miss Malaysia. But it turns out, Philippines really is the winner, but since she couldn’t put her costume on in just one minute, they were showing someone else in a different costume just to use up the time allotted to that segment. So Philippines didn’t get the fun of talking about it, and Malaysia got the embarrassment of thinking she had won when she had not. The even sadder part is that they never corrected it while they were on the air—you had to read various news items today, or even better, this article, to find out the truth of that situation. The producers really need to do much, much better next year. (By the way—I, personally, thought the winner should have been Miss Laos, who came in disguised…inside a pink elephant!) 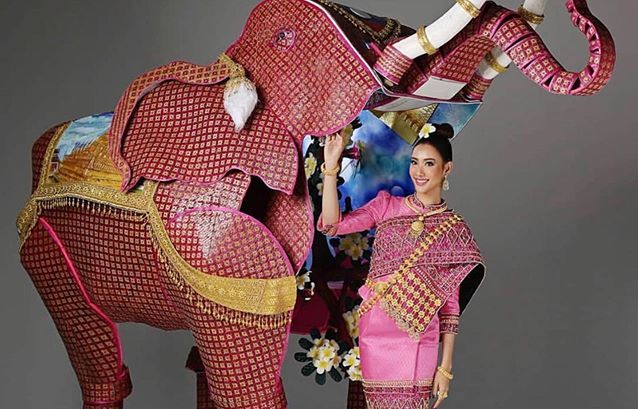 And the National Costume I thought should have won. This girl walked-out on stage INSIDE the elephant, and then emerged from it!

Here’s more stupidity. When it gets down to five girls, each one is asked her own question. They call the segment “The Final Question.” But it is definitely not the final question because when it gets down to three girls, there is one more question! They called that portion “The Final Word,” which is so stupid. And guess what? That is also incorrect because it is not the final word. Each of the trio gets to walk out on stage by herself and make one more statement. So that part is actually the final word. I think they call that one something like “The Final Look.” But it’s not just a look, it’s also a listen. So maybe they should call that segment “The Final Look and Listen.” I find it hard to believe that with so many producers and other people working on Miss Universe, not one of them can come up better names for these portions of the competition. That is just mind-boggling. (I guess they need to hire yours truly next year, to straighten it all out for them.) 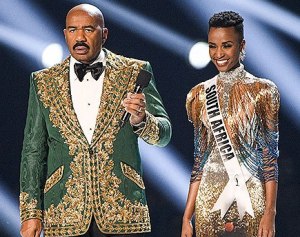 And they never once said any one of the competitors’ names! Not even the winner! That is shameful.

It’s sort-of weird that this is called “Miss Universe 2019” because she’s really serving for most of 2020! I think they just keep having the pagaent later and later, but if they label it correctly, as “2020,” then it will look like they skipped a year.

There were way too many non-indigenous-to-the-countries-they’re-representing contestants. They won the titles in other countries because of their heritages. I don’t know how many exactly, but I could tell right away by the way they spoke. One example is Miss Albania, who is from Chicago!!! And Miss Indonesia is Australian and Miss Thailand grew up in Canada! Ridiculous.

The only music guest of the night was girl-bander Ally Brooke, who was a waste of time. She seems like a nice girl (from what I saw of her on this season’s recent Dancing With The Stars,) but she’s not a good singer and she added nothing to these proceedings. Her version of a Selena song, I Could Fall In Love, was brutal. And why were they featuring a tribute to Selena anyway? That was very odd. But at least Ally was the only one on there who rocked a black gown! All the contestants’ gold choices were annoying. 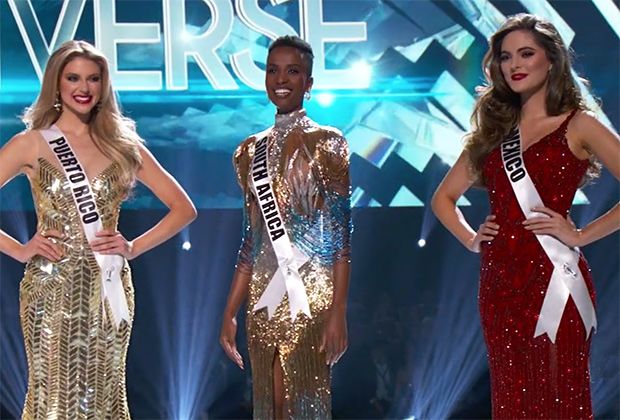 The second best news of the night, after Miss South Africa’s win, was that that creepy full-of-herself woman who usually does the (very biased) commentating, Lu Sierra, was nowhere to be found. That was a pleasure.

And here’s one last surprise—I started writing this article only to say how happy I am that the correct girl won! But I guess I just can’t help myself from sharing my views on all of it with you guys! (If you like, you can weigh-in, as well, in the Comments section below.)