Trending
You are at:Home»MUSIC»UPCOMING/MUSIC/THEATRE: THE 2021 FOUNDATION FOR NEW AMERICAN MUSICALS ALL-STAR BENEFIT AND FUNDRAISER PREVIEW
By Karen Salkin on October 20, 2021 · MUSIC, THEATRE, UPCOMING

As you may have realized by now, there are very few events that could get me out of the house these days because I’ve gotten used to lying low for the past year and a half. But when I saw the line-up for the upcoming The Foundation for New American Musicals (FNAM) All-Star Benefit and Fundraiser, I knew I had to be there. 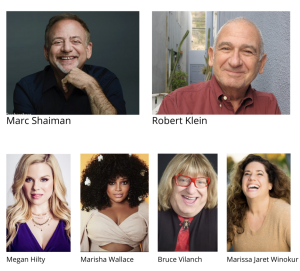 And guess what? You can, too! It’s this Sunday, October 24, 2021, at 4PM at a private residence in Pacific Palisades. (And bonus–it’s all outdoors, with everyone having to show proof of vaccination, so we’ll all be super-safe.) So if you’ll be anywhere near SoCal this coming week-end, this is the event for all lovers of musical theatre talent.

The afternoon will feature a reception, special performances by a plethora of Broadway talents, (including some favorites of mine,) and a silent auction, with all proceeds benefitting FNAM and its programs, the keystone of which is to provide opportunities for talented newcomers to create and showcase their art. So you’ll be thoroughly entertained while being philanthropic at the same time. It’s a major win-win.

Before I tell you more about this important organization, let me whet your whistle with some of the star-studded line-up for the fundraiser. Most of the performers are Broadway veterans, so you can just imagine how wonderful the music will be.

First and foremost to me is my old pal, the uber-entertaining Bruce Vilanch. When we met waaaay back in the day, he was simply one of the top writers in Hollywood. But since then, he’s become a sought-after performer, whose ditties never disappoint. He’s one of those people who audiences are always happy to see. I can never wait to see what he comes up with. 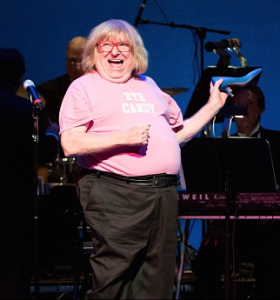 Bruce Vilanch entertaining us at a previous event in 2015. Photo by Earl Gibson.

We had a recent phone convo, and I discovered that he’s not only performing at this benefit, (ahead of his early November appearance at Palm Springs Pride,) but he’ll be on Emcee duty, as well, which should be quite the treat.

I asked how he had gotten involved with FNAM, and he said that honoree Marc Shaiman is one of his good friends for a long time, even way before Bruce starred on Broadway in Hairspray, for which Marc won a Tony as the composer and co-writer of the lyrics.

At this event, Marc will be presented with FNAM’s first Inspire Award, which he richly deserves. Last year, he had been a guest on the Broadway Babies podcast, which is hosted by a friend of mine, Noelle Hannibal, and she could not stop singing his praises to me. I had no idea of half of what Marc has accomplished in life! In addition to the Tony, he’s also won a Grammy and an Emmy, and has been nominated for seven Oscars. And he’s worked with a Who’s Who of the music world, after starting-out with Bette Midler when he was still a teen! Bruce told me that “musicologist” Marc is the person who had brought Bette her iconic song, Wind Beneath My Wings! How’s that for inspiring?! 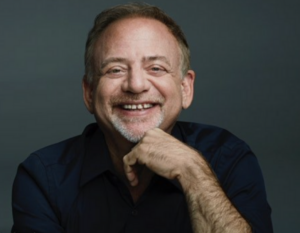 Marc Shaiman has done all that, but to Mr. X and me, he’ll forever be the Sweeney Sisters’ accompanist on Saturday Night Live. That’s good since he’ll be accompanying some or all of the talent at the FNAM fundraiser. We can’t wait to hear him in person.

Bruce also divulged that at Sunday’s benefit, he and his Hairspray co-star, Jim J. Bullock, (who’s another personal fave of mine,) will be doing their duet from the show, Timeless To Me. (Yes, for those of you who are familiar with him–he did used to spell his first name as “Jm.” He told Mr. X and me why once, but I’ve forgotten the exact reason. Maybe you can ask him yourself on Sunday.) If you’ve never heard Jim sing, you are in for a treat at the FNAM benefit! That man has such a beautiful voice. He sang at a private party at a friend’s house years ago, and Mr. X and my jaws were on the floor. Even though he’s been on Broadway, we had no idea of the extent of his vocal talent at the time.

Some other scheduled performers at the FNAM afternoon fundraiser are Smash‘s Megan Hilty, Hairspray‘s Marissa Jaret Winokur, and Hadestown‘s Yvette Gonzalez-Nacer, whom we saw in a different presentation three years ago, where she even accompanied herself on the violin! Very impressive. Along with all that there will be a few singers I’m looking forward to discovering, such as Marisha Wallace, Ryan McCartan, Terron Brooks, and Fatima El-Bashir. 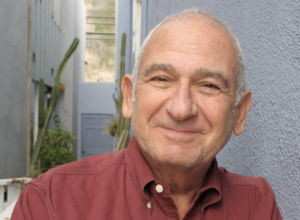 The afternoon will also be honoring one of the organization’s founders, Bob Klein, who will receive their first Founders’ Award in recognition of “his considerable support for emerging writers of musical theatre.”

On a personal note, as a former teacher, and a native New Yorker who had all the opportunities in the world to enjoy all forms of theatrical entertainment growing-up, I fully support organizations such as this one. The Foundation for New American Musicals is “dedicated to educating, mentoring, and showcasing emerging creators of original musicals for stage, screen, and new platforms.” And all those opportunities are given to high school and college students, which I feel is the best time for them to benefit from those lessons and be able to take all they’ve learned to the next level. Even though I’m far from musical myself, (except for dancing,) I wish I had had support like that in any direction in any of my four colleges!

And now you can help those budding creators, as well, by joining me in attending this Sunday’s FNAM All-Star Benefit and Fundraiser. It will be not only one of the most entertaining events of the past few years, but also sooooo worthwhile on so many levels. I hope to see you all there. (As soon as I decide what to wear!)

For tickets and more information, please go to www.FNAM.us.