Trending
You are at:Home»MUSIC»UPCOMING/MUSIC: BEN VEREEN AT THE CATALINA JAZZ CLUB
By Karen Salkin on July 9, 2019 · MUSIC, UPCOMING

I am so excited for all of us lucky Southern Californians to be able to see the uber-talented Ben Vereen perform in person at the intimate Catalina Jazz Club in Hollywood on July 19 and 20. 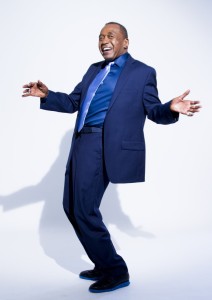 I cannot wait to hear that glorious voice live, which I have done just once before.  And it was only a song or two back then, which is far from enough, so I’m thankful for this upcoming opportunity. I’ve been a fan of Ben’s since I can remember. When I first came to LA as a teen-ager, I actually met him at a dance studio in Westwood, and he was lovely even then.

To find-out more about what he plans for his Catalina show, and about the man himself, I had the pleasure of speaking with him recently, a conversation I could not be more grateful for!  And here’s a newsflash—Ben Vereen is actually a riot!  I had no idea he’s so funny!  And he’s charming, down-to-earth, personable, and intelligent.  How can one person be all that and as wonderful a singer-dancer-actor as he is?

I adore people who speak and think on a higher level than most of us, so I was pleasantly surprised by Ben in that area, as well.  It made me realize that I have hardly ever heard him speak as himself, allowing his talent to do the talking for him.

I can’t tell you everything we chatted about, but here are the highlights of that super-fun convo; I really felt like I was talking to an old friend, rather than the show business icon that Ben Vereen is:

We spoke of both being from Brooklyn, and then coming to LA.  But while I gave up being bi-coastal a few years ago, Ben still is.  So I asked him, “What do you feel is your home—Brooklyn, New York, or LA?” Without skipping a beat, Ben answered, “My suitcase,” which made me burst out laughing because it caught me completely off-guard. I knew right away I was in for a lively, smart, thoughtful chat. 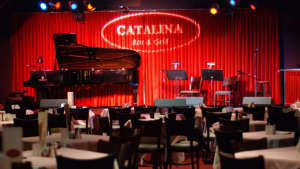 I asked about this show we’re about to see at the Catalina Jazz Club, and he told me he’s always excited to perform it. He said, “It’s called Steppin’ Out With Ben Vereen Again.” (Emphasis on “again,” because it’s a revamp of a show he’s done all over the world for years now.) He explained, “I put some changes into the show; I just feel that it’s time to put in some new songs about aging. When I was younger, we sang all those songs, and now that I’m older, I am those songs!”

When I asked, “Out of Broadway and concerts and TV and movies–you’ve done it all!–is there anything that’s your favorite?” Without skipping a beat, he answered, “Employment.” (Man, does this guy have the fabulous answers or what?!)

When I expressed how amusing I found him to be, especially when I had expected him to be so serious, Ben said, “No, we have enough seriousness in the world; my show is about celebration of life.” And I can’t wait to celebrate right along with him! 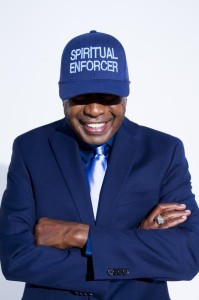 I asked about what other artists he admires today, and Ben came back with a sincere, “Everyone.” He added, “I love to learn from people, from the good and the bad, ’cause life is a lesson, isn’t it? So therefore, as you go along, you learn what to do and what not to do, and that makes your journey even better.”

I was happy to hear his answer to my query, “Is there anyone in life who gave you particular encouragement, who you think about, who did so much for you?” He replied, “Yes, Sammy Davis, Jr. We do a tribute in the show to Sammy because we want to keep his name alive.” And there’s no one who can perform Sammy’s songs, and dances, better than Ben Vereen, so that might just be my favorite part of his upcoming show.

I told Ben that I had seen him play the Genie in a Panto version of Aladdin a few years ago at the Pasadena Playhouse. Of doing that very different kind of comic holiday show, he remarked, “It was very interesting. I loved it! I had a good time; I found things in it.” And that show led to him doing the movie Time Out of Mind with Richard Gere. (I’m adding that it was quite the coup for the Panto producers to have gotten Ben Vereen to do that show to begin with!) 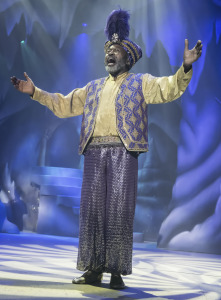 Ben Vereen as the Genie in Aladdin and His Winter Wish. Photo by Clarence Alford.

We talked a bit about his days at the High School of Performing Arts in Manhattan. (Being from Brooklyn, he thought he needed a passport to go to the city, a concept I totally connected with.) He told me that, in those days, he hung around with Halston, Martha Graham, and Liza Minnelli. I was impressed that he knew the legendary dancer and choreographer Martha Graham, and very unprofessionally asked, “Was she weird?” Ben took a beat and responded thoughtfully, “She was an artist.” Perfect.

Outside of his extreme talent and high mind, I really appreciate how full of pride Ben is for his many children.  He told me about two of his local daughters, body builder Kabara, and artist Karon Davis, who owns the Underground Museum in Arlington Heights (at Washington and Crenshaw. A new installation will begin there next week, as a matter of fact.)  She co-founded it with her late husband, artist Noah Davis, who Ben very proudly told me was considered to be the contemporary artist of the century!

Before we were done with our conversation, (which he kindly did not rush me through,) I shared this personal story with him: Mr. X told me that waaay back in the day, before he had ever heard of Ben Vereen, he saw Ben on a late night talk show, where he sang Corner of the Sky from his Broadway show, Pippin, which was not even his song in that show.  Mr. X said it was the absolute most thrilling first-time exposure to someone, to this day, that he’s ever experienced; he actually got out of his seat at home by himself, and stood there in front of the TV with his mouth open. 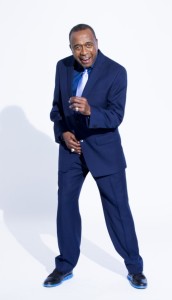 Well, I can tell you this truth—I can’t wait to see Ben’s light shine on stage at the Catalina Jazz Club next week.  Mr. X will be there, as well, especially since Ben confided in me that he’s planning to sing Corner of the Sky, (of which he charmingly told me, “I’ll be doing it just for him.”)

I hope you’ll join us there, too.

For more info on this engagement, and all of Ben Vereen’s many endeavors and charity work, (which, sadly, we ran out of time to discuss that day,) please go to www.benvereen.info.

And for tickets to this show, go to www.ticketweb.com/search?q=Ben+Vereen&loc=hollywood-ca.