For you magic and/or little theatre fans, I have an event for you this coming week-end. (December 2,3, and 4, 2011, in case you’re too crazed this season to even know what date we’re up to!) My favorite magician, Jeanine Anderson, is producing, and hosting, an evening of magic at Theatre West, a theatre company near Universal where she’s a longtime member. 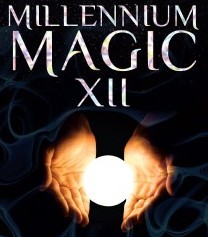 Those of you who’ve been lucky enough to visit the Magic Castle over the years should recognize her from her long tenure as an official hostess at the private magic club. She’s also an actress, (with a recurring gig on Glee, a fact that I’m most impressed with,) playwright, self-taught magician, and has her own children’s party-performer company. Whew! (No wonder I never get to see her anymore!)

In Theatre West’s Millennium Magic XII, which is an annual event, Jeanine will be joined onstage by some of her Magic Castle colleagues, many of them award-winning performers.  The line-up of magicians will vary at each of the three performances, so, if you’re a real magic (or Theatre West) fan, you can attend all three shows and be treated to new acts each time!

The list of each show’s performers is on their website, along with all the other pertinent info. I hope I’m still in town for it, because, especially having been in a circus, I really love illusions. Hope to see you all there!