Trending
You are at:Home»CHARITY»UPCOMING EVENT/CHARITY: ONE STARRY NIGHT 2016 PREVIEW
By Karen Salkin on August 10, 2016 · CHARITY, UPCOMING

One of my favorite events of 2015 is finally back again for one night only, on Monday, August 15, at The Pasadena Playhouse, and this time it’s being co-chaired by none other than Miley Cyrus! Not only is One Starry Night an uber-entertaining music-and-comedy show, with a pre-show cocktail party, and a post-show dessert reception with the cast, but its purpose is to raise funds for the Golden West Chapter of the ALS Association, which is such a worthwhile cause.

In case you’re somehow not familiar with the cruel disease ALS, (which I can’t imagine, because it became “famous” due to last year’s Ice Bucket Challenge craze, which, according to new information from the medical world, has actually yielded recent promising results, thank goodness,) you might know it better as “Lou Gehrig’s disease.”  It’s an insidious affliction, and sort-of hard to even diagnose. So, proceeds from a fabulous evening such as One Starry Night are very important.

To whet your appetite for this third annual rendition, (where I hope to see all my Angeleno readers,) you can check-out my review of how it went last year here: itsnotaboutme.tv/news/theatrecharityevent-one-starry-night-from-broadway-to-hollywood. I expect this year’s to be equally special. 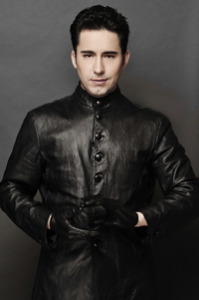 Just some of the talented performers/presenters you’ll get to enjoy at the Pasadena Playhouse on August 15 are: Miley Cyrus (whose good buddy, Pilates guru, Mari Winsor, sadly has been recently diagnosed with ALS, so they’re honorary co-chairs of this event,) Seinfeld’s Jason Alexander, Hal Linden (aka Barney Miller,) wonderful Broadway star Valarie Pettiford (whom you may know these days from The Blacklist,) old school comedian Jo Anne Worley (of Laugh-In fame,) Jersey Boys Tony winner John Lloyd Young, and one of my own personal pals, the prolific Academy Award-winning Disney songwriter, Richard Sherman, who, with his late brother Robert, wrote so many of the songs from early Disney classics (like Mary Poppins, Chitty Chitty Bang Bang, and The Jungle Book,) and is one of the nicest men I know! I hope we’ll get to hear him say, “And then I wrote…,” while sitting at the piano.

There are actually many more performers and presenters than this, including a couple of comedians, (whom you may recognize from televised talent competitions,) and there will also be several surprise guests, which makes it even more fun. 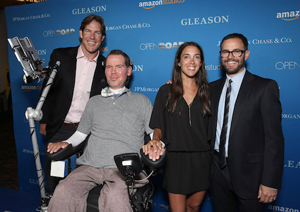 And let’s not forget the very important emotional portions of the program. This year, the filmmakers of Gleason, the recently-released documentary, will be honored with the Golden West Chapter’s 2016 Spotlight Award, which is presented “to those who help to raise ALS awareness by educating the public about the experience of living with ALS and the impact the disease has on loved ones and caregivers.” Everyone needs to see this film about the plight of former NFL player Steve Gleason, who was diagnosed with ALS in 2011 at only thirty-four. His is a fascinating, (albeit, of course, beyond sad,) story, but is also uplifting. I haven’t seen the documentary yet, but I know it can’t be anything but wonderful. And important! I look the most forward to meeting the film’s director, Clay Tweel, more than anybody that night. 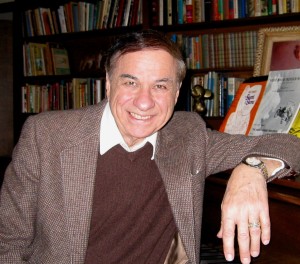 There are three different ways that you can participate in this three-part evening, (in addition to just donating, even if you can’t attend, of course.) You can choose to just see the stage show itself, or also attend one or both of the surrounding receptions. The first is a pre-show cocktail party and silent auction at the adjacent fun eatery, redwhite+bluezz, and then the festivities conclude at the same location with a dessert meet-and-greet with the cast.  Each section sounds wonderful on its own, and I’m really looking forward to the entire event, especially to support the cause.

So, I really hope that you’ll join me in having a fabulous time this Monday night, August 15, while contributing to a wonderful organization whose mission is “critical priorities in care services, public policy, and cutting-edge global research toward treatments and cure for ALS.”

I hope to see every caring, entertainment-loving Angeleno there!