I was more than shocked to read that Wayne Rogers had passed away on New Year’s Eve. And quite sad about it. 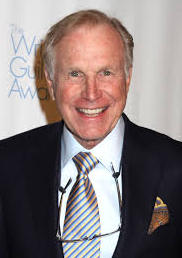 I had worked with Wayne on my very first professional acting job. And I knew him a lot before and after that. We weren’t pals, but he was invariably very pleasant to me. He could have acted like a jerk to me, or not even spoken to me at all, since he was the star of the show and I was just a very young starting-out actress, but he didn’t even come close to pulling rank. All my scenes were with Wayne, and the other three stars of the show, but they all embraced me, which you can well imagine I totally appreciated. All “starlets” should be lucky enough to have such a good first on-camera experience!

And it helped that Wayne consistently had a smile on his face. I can always distinctly remember his still-Alabama-tinged (which he was very proud of) voice.

But he wasn’t just a sitcom actor. He was a money manager and an investment genius. He told Mr. X and me that he could invest for us, too, but only money we were willing to lose. (So, of course we didn’t do it, which I now sort-of regret.)

I didn’t see Wayne much after those first few show business years, but I never thought that I wouldn’t have that chance again. He was always so vibrant; I expected him to live to be one hundred! I’m disappointed that we’ll never have the opportunity to re-live my early days in the biz, which he was a big part of.