Even with his history of health abuses, George Michael’s Christmas Day demise came as a shock to everyone. Just the day before, when Mr. X and I heard his iconic song, Last Christmas, for about the gagillionth time, I found myself thinking about how good his voice is, and wondering just what his life is like now. My thoughts had never been that in-depth about him before. And the next day, he was gone. 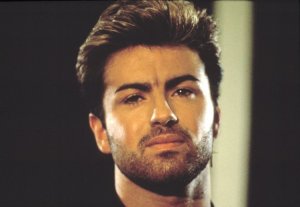 I met George Michael only a couple of times, back in the day, at Carlos & Charlie’s, the hot club on Sunset, but they were both memorable. Because of my TV show at the time, Karen’s Restaurant Revue, I was a regular in their VIP lounge, and the hostess, the beloved Bernice Altshul, was consistently very good to me. She made sure I always had the best seat in the house.

One night, fresh from attending a concert, (so we were already in music biz mode,) Mr. X and I were seated right between George Michael and Morris Day! The latter was beyond disappointing, but George was fascinating. It was before he had come out as gay, and he was with a girl I believe was his girlfriend at the time. They kept making-out, literally right next to me! They almost fell right over on to me, actually. There was another couple with them, and, even though I don’t usually spy on people, I could not keep my eyes and ears to myself that night. George and company were so interesting! 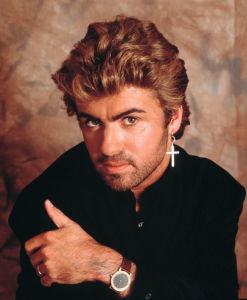 And this. Good-looking guy.

The next time, my friend Lisa and I were on the dance floor at Carlos & Charlie’s, dancing with George. We didn’t even talk (it was way too loud in there for that); we literally just danced.

Since George Michael and I were both in that late night party scene back then, it didn’t even hit me at the time that this guy was already an icon of the industry. But now I’m happy to have had those brief moments with him.

I hope that the poor guy is finally at peace now. At the very least, I’m glad to see that everyone is finally saying positive things about him, even if it is posthumously. I hope that gives some comfort to the people in his life who loved him.