I met the late Bobby Zarin only a few times, but he did something for me that no one else ever did, for which I’m eternally grateful.  So, here’s my story about that, as my little tribute to him.

As I think you all know, I don’t ever watch any so-called “reality” TV, so I have no idea who any of those people are. Didn’t when I met Bobby, still don’t today. 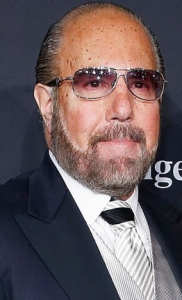 In the summer of 2009, I was in the Hamptons with my friend Lauren, who took me to a party one night, which I believe was thrown by Bobby Zarin.  I have no idea what it was for, but the Hamptons has more summer soirees than LA and NY combined!  So, this was just another one of those.  Lauren introduced me to Bobby, and told him that I was visiting from LA, to which he mentioned that his wife would be going out there soon. Of course, me being the Cruise Director that Mr. X has dubbed me, I told him to have her call me and I’ll show her around.  (For those of you who know as little as I do about the many “Housewives” franchises out there, his wife is on the New York version, which I didn’t know and wouldn’t have cared a whit about if I had.  I was just being my usual kind self.  No lie.)

When he asked me when I would be going back to LA, (to see if my dates coincided with those of his wife,) I explained that since it was the last summer of old Yankee Stadium, a place I had never been to and was desperate to see, I wasn’t going home until I achieved my dream of seeing a Yankees game there.

Without skipping a beat, Bobby asked, “Oh, you want to see a Yankees game?” And before I could even answer, he called over his friend Howard, who was catering the party, and said, “Howard, this young lady wants to go to a Yankees game.“ And Howard didn’t skip a beat either! He asked me right away which night would be good for me the following week! I knew that “Derek Jeter Uno Card Day” was coming up, so I chose that one, and he said no problem, he’ll pick me up and we’ll go. He didn’t even know where I lived at that point! I was staying in Brooklyn with my mother, and I met them in the Hamptons so I assumed he lived there, and I had no idea what was going on, but of course I said yes!

Howard was the best Yankees date imaginable—he took me to an iconic eatery across the street from the stadium beforehand, bought me an official team cap, brought me to the VIP room pre-game, our seats were amazing, and he even got me down on the field!!! Everyone there seemed to love him, and to this day, I have no idea who he is to them. But it was a magical experience, from top to bottom. 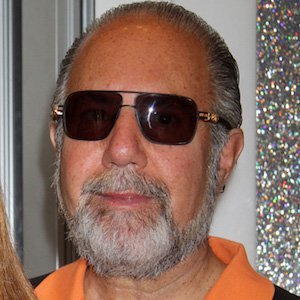 And all of that was due to Bobby Zarin! Most people are not kind enough to even listen to what a stranger is saying, let alone act on it right away. And get it done!!! What a nice man he was. Whenever I saw him in the Hamptons after that, and thanked him profusely, he thought I was a tad nutty to think what he did for me was a big deal. But it definitely was.

A funny postscript is that, a couple of days after he put the deal together for me in the Hamptons, I was driving in Manhattan with my mother, and as I was turning an obscure corner I had never been on before, there was Bobby crossing the street! I called out to him, and he was as surprised to see me as I him! Just two days earlier we were strangers, and now he was someone who had done the most special thing for me in years! We had a brief laugh, and continued on our ways.

I hope the way that he’s continuing on now will be a peaceful one. With much gratitude, I say Rest In Peace, Bobby Zarin.