I was recently crushed to learn the very sad news that my old pal, caterer extraordinaire, Randy Fuhrman, has died earlier this month. Even though I had not seen him in a couple of years, he’s someone I always thought I’d run into at any moment. (And I actually thought I had seen him a few times, but it was always just wishful thinking.) 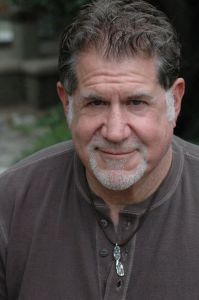 I first met Randy almost two decades ago, when I was doing my former TV show, Karen’s Restaurant Revue. It was on a Sunday, when I was at a friend’s screening room in Beverly Hills. Before the movie began, a woman there invited me to go across the street to the Beverly Wilshire Hotel with her, to see a children’s party that was being set-up in the ballroom, for later that afternoon, by her cousin, Randy Fuhrman. It was a double boy-and-girl soiree for the Princess of Jakarta’s children who wanted two totally different celebrations. The daughter’s part was an absolutely incredible Alice In Wonderland-themed fete while her brother wanted The Lost World. (I didn’t dwell on the boy side because I had eyes for only the Alice décor. I still remember it in detail!) And Randy made it just perfect for both the young siblings. I wanted to marry into that family on the spot so I could attend the Tea Party! As we entered the most stunning event I’d ever laid eyes on, even before his cousin introduced us, Randy ran over to tell me he loved my show! I was thrilled that such a creative person appreciated what I do! And we were bonded ever since.

An overhead view of the double party!

I noticed just Randy’s artistic side that day, and didn’t even realize that he was the caterer, as well! But as soon as I tasted his delectable brownies a few days into our new friendship, I knew that I had to feature them on my show.  Needless to say, as soon as the pre-taping word got out about Randy’s treats, more audience members showed-up that day than ever before. Everyone wanted to be Randy’s New Best Friend, (but he was already mine!) 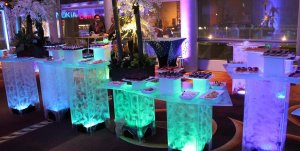 Another one of Randy’s catered events.

As the years went on, we stayed friendly. He began inviting me to several of his professional functions, and, whenever appropriate, I “reviewed” them on my show. I still applaud Randy for being one of the few caterers who was smart enough to put signs on the dishes at these events. I always appreciated that. But, sadly for me, I had to miss-out on his home parties because he had a cat, and I’m highly allergic. I was actually on my way to one of them when it hit me to call ahead and ask if he had cats, and I was sooo disappointed when he answered in the affirmative. I can only imagine how fabulous his personal soirees were! 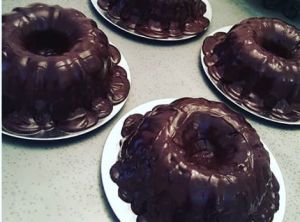 But luckily for all of us, Randy was able to make it out to my fetes.  He actually made the birthday cakes for one of them! I’ve always regretted not telling him I was having double the number of attendees so I would have had a whole cake to myself! It was that delish—his chocolate cake is my favorite of all time!

A few years ago, I was very disappointed that someone I had been practically a family member of for most of his life did not invite Mr. X and me to his wedding. It was odd to be left-out like that. But when I found-out that it had been a Randy Fuhrman production, I was beyond disappointed; I’ve always felt bad to have missed the nuptials in general, but to miss seeing the beauty that Randy created has made me feel much, much, much worse. 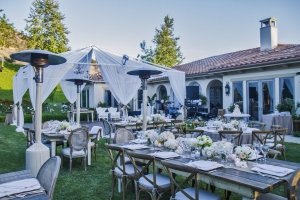 The Randy Fuhrman-designed wedding I missed out on!

I bumped into Randy at an event a couple of years ago, and we had lunch that day. I was so happy to catch-up with him that I had to keep shooing others away from us—it was my time with Randy, and I didn’t want anyone intruding on it. He told me that he was doing great and was very happy, which made my heart sing. We made plans to get together again, but our free dates just never worked for the other. I figured it was no biggie—we’d always see each other again. 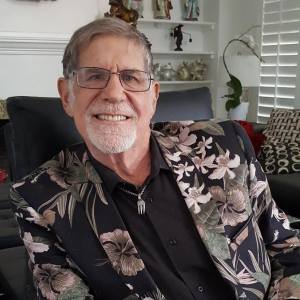 And then came this incredibly sad news almost two weeks ago. I had not even known that Randy was sick. Now I just keep staring at the plates he had brought my birthday cakes on, which he told me to keep. I’ve actually been using them every day since, so Randy has always been in my mind. And heart. And now that heart goes out to his entire family and friends at this difficult time. I hope that the happy memories we all have of Randy will carry us through. R.I.P. Randy Fuhrman.