PRINCE PHILIP, R.I.P. (ALONG WITH A FEW OTHER THOUGHTS ON THE ROYAL FAMILY AT THIS VERY SAD TIME)

Even though I’ve never even heard Prince Philip speak, and he had lived to be two months shy of his centennial birthday, I felt awful when I read of his death last week. I actually gave out an audible gasp. 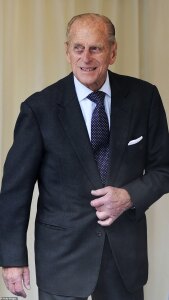 I’m sure we were all expecting his demise to come sooner rather than later, due to his recent hospitalization and age, but he seemed sort-of indestructible to me; I felt like he’d be around for another hundred years!

While I pay silent tribute to his very interesting life of love and service, so many thoughts of the Queen and Royal Family have been swirling through my mind; I can’t possibly share them all. I have a feeling many of my feelings and sentiments are ones that all of us are having at this time. So here are just a few of what I think are my more uncommon observations:

~ I know some people may think I shouldn’t be so busted-up for the Queen because she and the Prince were lucky enough to have so much time together; those seventy-three years of marriage make them luckier than most. But here’s a little story that happened to me to show you the flip-side of losing someone after such a long time together: 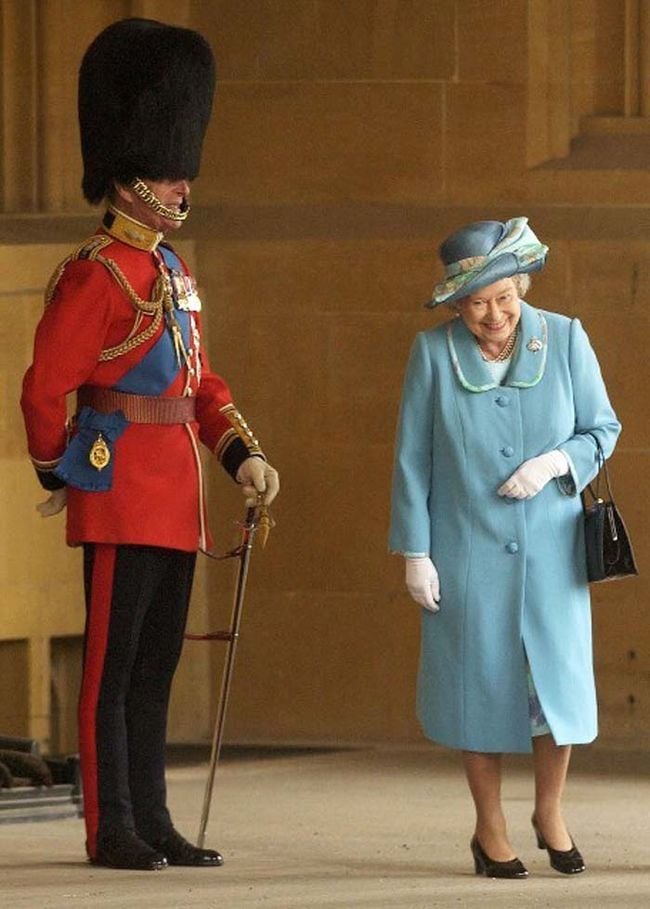 Mr. X’s favorite picture of Prince Philip and the Queen. We think the Prince must have surprised her in it.

One of my best friends in New York, Lauren, had been through the last years of my mother’s life with me, every step of the way. Then, even though my mother died at a good old age, I was a mess over it. Lauren had lost her own mother when she was a very young child. So one day, I apologized profusely to her about my constant lamenting that I had lost my mother, when poor Lauren had barely ever gotten to know her own! I felt so insensitive. But she told me that she herself felt so much worse over my mother’s death because she knew her so much longer than she had known her own mother! She made me realize that it was okay to not feel selfish about missing someone profusely even if you were fortunate enough to have them in your life for so long. And I have a feeling that’s what Queen Elizabeth is going through, mourning her Prince, despite her totally-British stiff upper lip.

~ In reading reams and reams of stories about their love story this week, I discovered that the Queen and I have three interesting things in common: 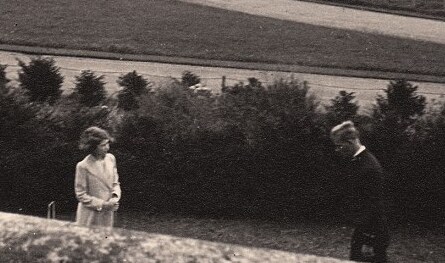 I love this picture! Very young future-Queen Elizabeth and future-Prince Philip meeting for the first time!

We both got our man after first spying him at a young age! Elizabeth was only thirteen-years-old when she first laid eyes on Philip, who was six years her senior. And that was it for her. Obviously, they didn’t get together until many years later, which is close to what happened with Mr. X and me. Just three nights after I got to LA as a teen-ager, (although older than thirteen,) I saw him on stage, and that was it for me. And, just like Elizabeth, we didn’t get together until many years after that. And I don’t know many other Hollywood couples who have been together as long as we have. (I only wish for us to have the monarchs’ seventy-three years together! Knock on wood.) 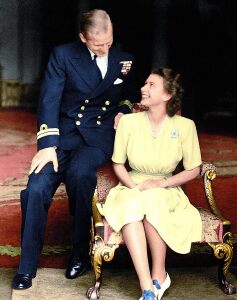 One of my favorite images of the loving couple. And I adore her footwear!

Also, I just discovered that the Queen had lived in Malta for a time, as I did! And both before life-altering events for us, to boot. That tidbit was kind-of shocking to me. She and the Prince were there for two of the early years of their marriage, until they had to go back to England when her father died and she had to ascend the throne. I lived in the interesting country for six months, right before I started seeing Mr. X. The very weird thing is that in all my time there, not even one person mentioned that the Queen had ever lived on the island! I heard about their Luqa Airport on a daily basis, and was constantly told what the one word that’s hard to pronounce in Maltese is, but nary a word about the Royals! Shame.

This last commonality between us I can only assume, but I have a feeling the Queen shares my intense dislike for all the discord and pain the Markle woman has caused for the Royal Family for this past especially-stressful-on-so-many-levels year!

~ In looking through tons of archival articles on Prince Philip, this one comment on one of them caught my eye. It’s from 2011, but is still relevant today. And was obviously written with admiration: “I like Prince Philip. He can say anything he likes and get away with it. 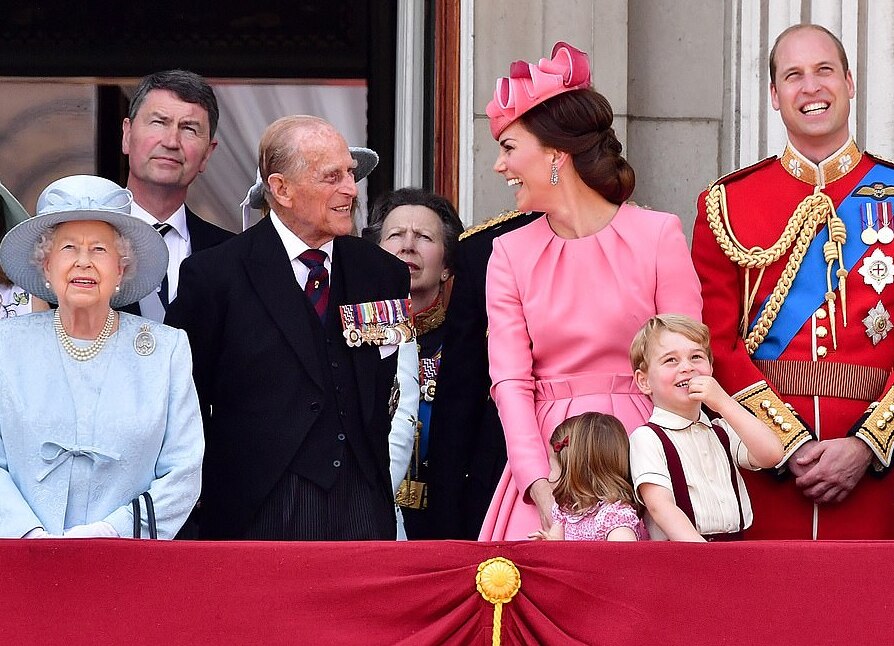 I love that Prince Philip is making Kate laugh so hard!

~ How awful that this last year of Prince Philip’s uber-long life had to be marred by such selfishness from his beloved grandson Prince Harry and his horrible wife. First of all, knowing the advanced ages of both his grandparents, Harry and Markle could have waited to “defect,” and if they felt they just had to do it now, then just do it and be done with it. And keep your vitriol to yourselves!!! There is absolutely no excuse for that airing of their family’s dirty laundry, (which have been proven to be mainly lies and exaggerations,) on national television! The word is that they would have postponed the airing of it if the Prince had died, but how was him being in the hospital fighting to make it to one hundred in a couple of months, not enough for them??? I will never understand evil like that, (thank goodness.) 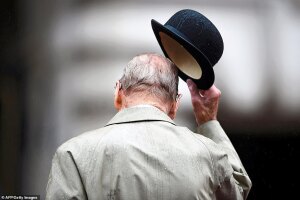 ~ And lastly, reading about the fascinating life of Prince Philip, especially his lonely childhood, has been eye-opening. Because of his death, a plethora of articles and images have been turning-up everywhere. If you get a moment to do some reading in the near, and even distant, future, I really recommend taking a peek at some of them. I hope to view his funeral on TV this coming Saturday; even if it’s overnight here in LA, I feel the need to pay my respects to this fine man.

RIP now, Prince Philip. You’ve done so much for so many.