Trending
You are at:Home»THEATRE»THEATRE: RENOVATIONS FOR SIX
By Karen Salkin on July 22, 2019 · THEATRE

And this is the easiest theatre in town. My friend and I decided to go to the opening night only a few hours beforehand, and luckily for us, we were able to get tickets. We just jumped up and went, with no fuss. There’s tons of free, convenient parking just a few steps below the entrance, and no seat in the auditorium is bad. What’s not to love?

And once inside, we spent the next two hours laughing our butts off. I love an evening like that! 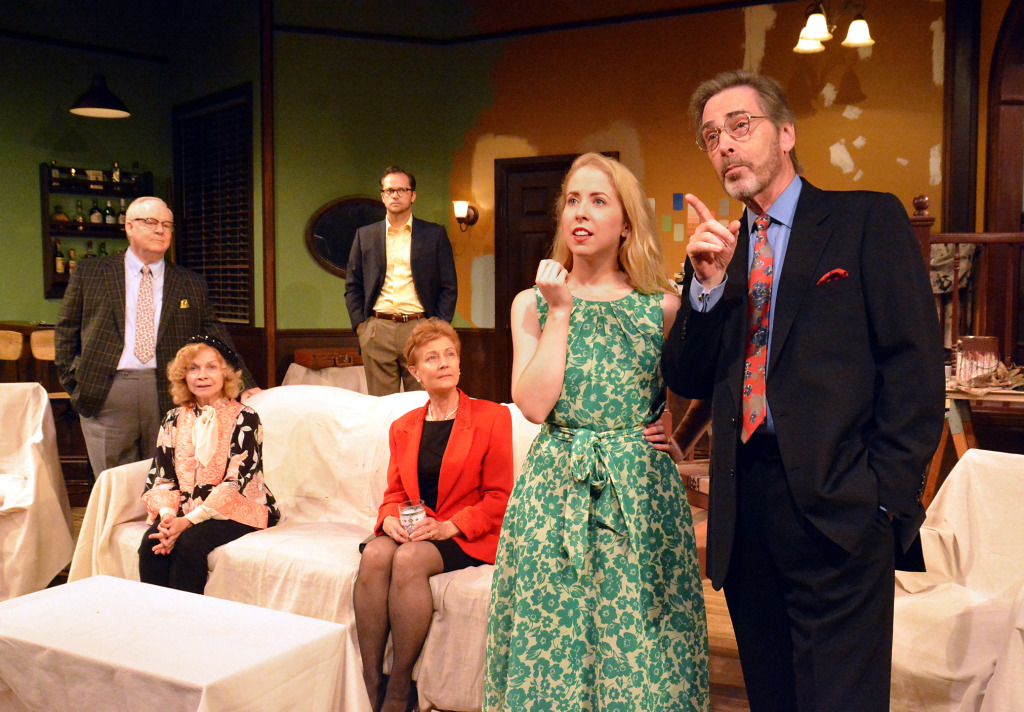 All you really need to know about Renovations For Six is that it’s a comedy involving three couples, all at different stages of their lives, who are all coincidentally renovating their homes. That last part is just the theme that runs throughout, but is not really crucial to the plot. The youngest pair invites the other two to a party at their new house. Anyone who has ever thrown a soiree, or even attended one, should really appreciate that scenario. So, that means everybody!

It’s written by prolific Canadian playwright Norm Foster. The whole play is very clever. And modern. You can tell pretty quickly that this one was written very recently.

The very first comment from my friend when the play was over is that when you, as an audience member, can anticipate a line or catchphrase that is about to be repeated, before the character says it again, that’s good writing! I concur.

One really fabulous surprise element of Renovations For Six is that from time to time, the three couples, (or parts of them,) are on stage at the same time, walking right past each other, though in their own homes. That’s very creative of either the author, the director, or both. 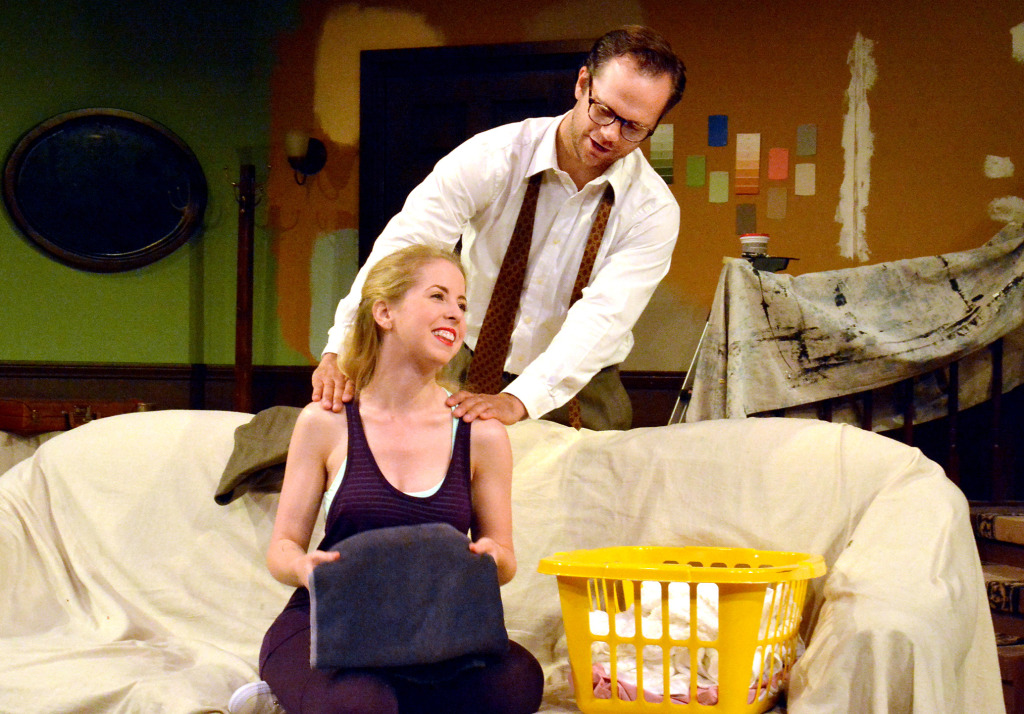 There’s something positive to be said about all six cast members, which is always a pleasure for me. (It’s so much easier to write a glowing review than a negative or middle of the road one!) Besides that each actor is excellent in his or her role, their bios in the program are revealing.

From her dearth of credits, I have a feeling that this is the first professional gig for Rebecca Driscoll, (who plays the wife of the young couple.) Though she started off a little shaky in the beginning on opening night, (which is totally understandable,) she certainly held her own throughout the rest of the play, and hit many of the best lines just right.

On the other end of the spectrum, career-wise, Gail Johnston (of the senior-most duo) reveals in her bio that she’s worked with some of the greats in the business, which is very impressive. That means that she’s been in the biz for a really long time, so no wonder she has such excellent comic timing. She reminded me a bit of one of my favorite actresses, Ruth Gordon, and made me laugh every time she spoke. 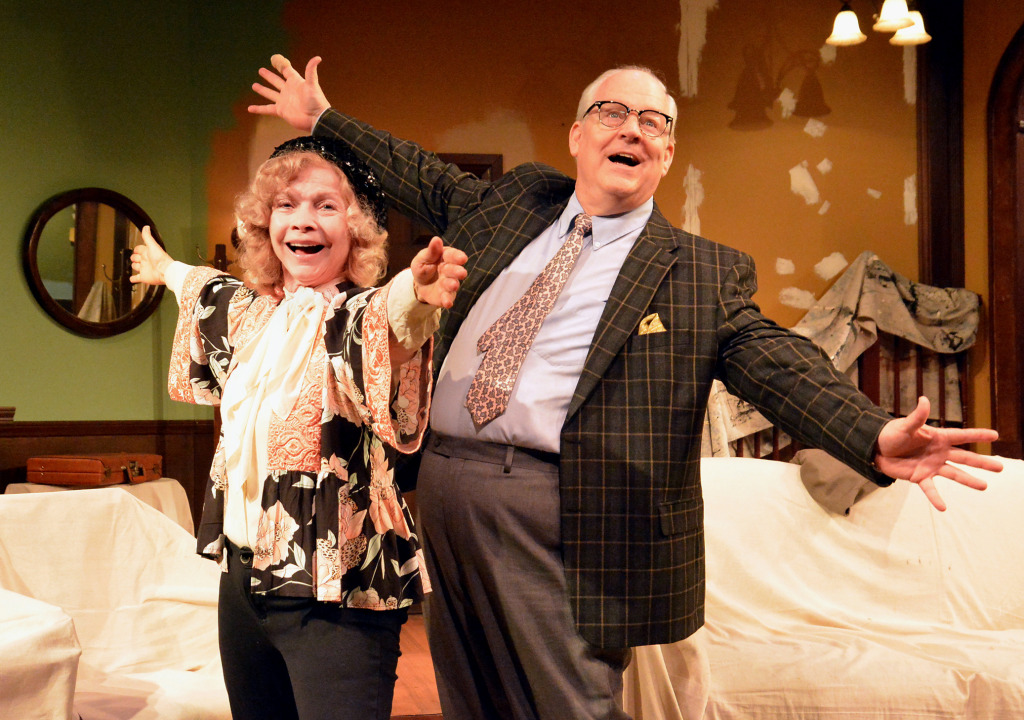 And I always love seeing the lovely Mona Lee Wylde. That woman is the consummate professional, right up to her perfect posture! I have confidence in a scene just seeing her enter. (And she and her character’s husband, played by Martin Thompson, matched each other the most.)

David Hunt Stafford, who has performed at this theater probably more than anyone else, (and is also the Artistic and Managing Director of Theatre 40,) outdid himself this time. Who knew he was that funny?

And I appreciate that the attractive young husband, Lane Compton, adds so much to look at. It’s a good move by Theatre 40 to cast such a cute guy in multiple productions!

But the winner of the program writing, (of all time, actually,) is Martin Thompson. It is mandatory that you read his bio–it’s perhaps the best one I’ve ever seen, displacing Dame Edna from having that honor. (You know how good his bio is if I’m bumping my favorite performer in the world for him!) 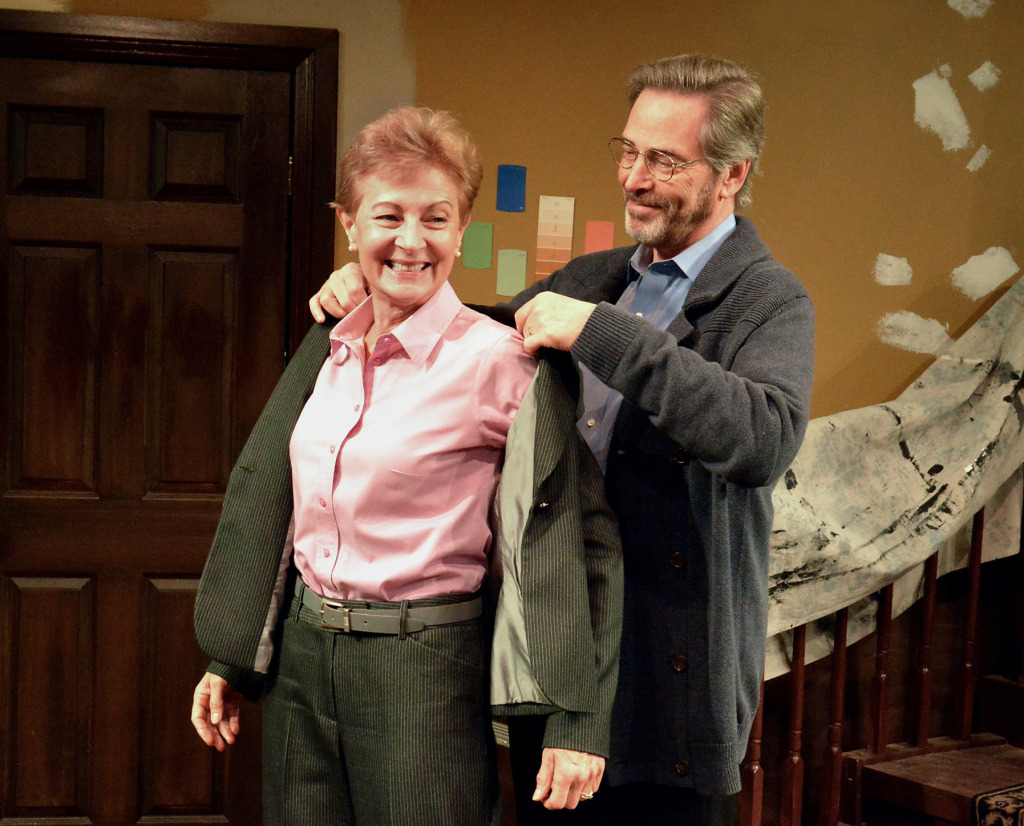 The script really gives each cast member his or her moment to shine, especially Mona. That’s much appreciated in an ensemble piece.

This show is very well-directed by Howard Storm; the challenging blocking, especially with everyone on set at once in Act II, could have been very confusing, but it is not.

Just don’t be misled by the sort-off slow start. The humor really ramps up from there. And remember–it’s not how you start, it’s how you finish. And this one finishes perfectly! I love an adorable ending, and this one has just that!

I always adore Jeff G. Rack’s sets, and this one, though the furniture was covered with paint drop clothes the entire time, featured some items on the walls that I love more than anything in life—paint cards!!! Yes, the ones you get at hardware stores that show the paint color samples. No worries—I know it’s nutty of me, but they make my mouth water! My mother gave me some when I was about five, knowing how crazy I am about colors, and I still consider them to be my favorite gift ever! (Well, outside of the credit card Mr. X gave me for Christmas when we had been together for just over a year, with my name on it but his number!!! What a guy, eh?) 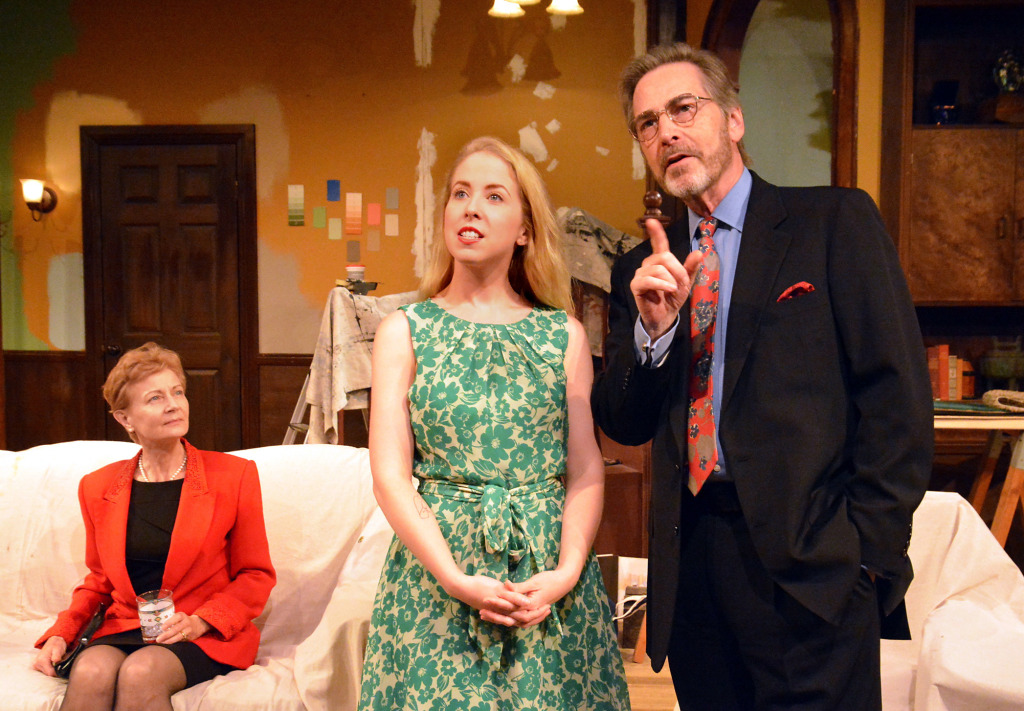 (L-R) Mona Lee Wylde, Rebecca Driscoll, and Martin Thompson. But I have eyes for only those paint cards on the back wall! Photo by Ed Krieger.

So, for every reason, I really recommend that you see Renovations For Six at Theatre 40 in the next few weeks. You might even come away with some paint color tips!