Trending
You are at:Home»TELEVISION»TELEVISION: DANCING WITH THE STARS, FIRST RESULTS SHOW
By Karen Salkin on March 30, 2011 · TELEVISION

I could not be more disappointed with last night’s results. Mr. X and I never heard of Mike Catherwood before, (as I’m sure is the case with at least 90% of the viewers,) and expected to really dislike him. But he’s charming and funny and self-deprecating, (not to mention extremely handsome, especially when he smiles and lights up his whole face,) and brings so much to the show–they really need him. I have feeling that they’ll find a way to use in the future, as they did for Kenny Mayne and Adam Corolla. Fingers crossed.

On the other hand, it doesn’t need the trampy Kendra Wilkinson, the full-of-himself though dancing-better-the-second-week Chris Jericho, and, especially, the annoying Wendy Williams. In the middle of the night, I was reading what Ken Levine, a funny guy journalist, wrote about the current crop of contestants, and he listed them with a little blurb about each one, the way that I do. (He’s not copying me–a bunch of us do it. Great minds think alike. Only I wish mine was as great as his is most of the time.)

When he got to Wendy, he simply said, “Let’s just skip Wendy Williams because the second I see her on the screen or hear her voice I hit fast forward.” I couldn’t have said it better myself–and didn’t! But I second that emotion. Except that I force myself to watch her on this show so that I can relate my true feelings to you. But I guarantee I would never watch her elsewhere. I told Mr. X last night that I seriously get nauseated watching her or listening to her. (And think of what poor Tony, her partner whose name she didn’t know in the beginning, is going through! Oysh.) Mr. X agreed and said she’s really revolting. Perfect adjective for her. 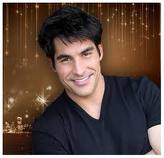 Now back to unfairly eliminated Mike Catherwood. It was really brave of him to even go on the show in the first place knowing that he can’t dance and has a miniscule fan base, if any at all. But he deserved higher marks, and if the judges had given them to him, he might be around for at least another week. There’s no one else in this year’s group who can make us laugh. And he’s the only handsome guy! The whole thing is very sad, as far as mindless television goes, not the world, of course.

He should have shown his abs! I kept saying he should take his shirt off because I had a feeling he has a good bod. And guess what? He does! We saw him walking his cute tiny dogs on the beach, in a snippet of some show last nigh, and he was wearing just shorts, and I was proved to be correct. Maybe the make-up department didn’t want to have to hide all his tats. Oh well.

So, let’s hope that the next four weeks bring us the eliminations, in this order, of Wendy (vomit), Kendra, Chris, and Sugar Ray Leonard, and then we’ll see what we’ve got. I hope that the deserving Ralph Maccio wins it all, with Chelsea being in the mix. And, only because I think she’s one of the nicest, sweetest people in the world, I want Petra to go very far, but I’ll understand if she doesn’t. As long as she doesn’t leave before those four others.