Trending
You are at:Home»TELEVISION»TELEVISION: AMERICA’S GOT TALENT FINALES
By Karen Salkin on September 16, 2010 · TELEVISION

First of all, I’m thrilled that Michael Grimm won this season. He sings great, he’s cute-looking, and he seems like a really nice down-to-earth not-full-of-himself guy. What more could one ask for in their champion? 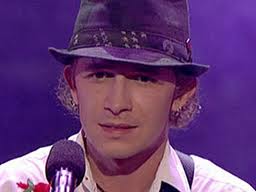 I really liked all four final acts (the others were 10-year-old opera singer Jackie Evancho, campy opera singer Prince Poppycock, and inventive variety act Fighting Gravity,) and many of the ones who didn’t make it all the way through, which is so different from three out of the other four seasons. Except for the mainly-useless judges, I actually did kind-of enjoy America’s Got Talent this summer.

All that being said, of course I have a few bones to pick! Did you think there was any way I didn’t???

Since when did this show become about “finding a Vegas act?’ I noticed that David Hasslehoff started spouting that nonsense last year, maybe because the show seemed to need a raison d’etre. Now Nick Cannon always announces that the winner will have the title “America’s Best New Act.” So, which is it? Can’t they just say “the winner of America’s Got Talent?” If we’re looking to find the best Vegas act, that’s a whole different animal. Maybe next season, we can search for America’s Best Circus Act. And on and on. It’s all so ridiculous.

At the same time, I think it’s wonderful that so many talented people have the opportunity to be seen, most who otherwise wouldn’t. But, in addition to the stupidity of trying to make it vaguely about Vegas, I do have some other complaints, first and foremost of which is, if it’s America who’s “got” the talent, why are there no American judges? It’s two brits and a Canadian! Enough already! And they’re all so righteous and holier-than-thou about their opinions. Let’s examine just who they are.

Piers Morgan is some tabloid journalist who doesn’t even seem to be respected in his native England. I’m too bored by him and his bad teeth and speech impediment to even do research on him for this column, which I do just about 100% of the time. How he’s getting a talk show on CNN is beyond me. He puts me to sleep.

Sharon Osbourne is the pudgy, plastic-surgeried-out wife of an unintelligible former rock star who wasn’t very talented to begin with, in my opinion, whose family got famous because someone filmed them just living their dysfunctional lives. Then she had a much-parodied failed talk show. So who is she to judge talent? I definitely don’t get that one at all.

And here’s a story about Howie Mandel that I really do hesitate to tell. He actually does amuse me sometimes nowadays, but it was a long time in coming. I never understood his attraction. When I was a skinny little girl starting out in show business, and had just a couple of credits to my name, I wound-up in Vegas as a guest of a celebrity week-end event. I don’t want to name names, but Howie was opening for someone big there. I met the stars’ “people” a few times at parties for the event I was at. On about the fourth day, two of her reps came to me and said she miserable with Howie as her opener, which, having seen the show, I 100% agreed with, and they asked ME to take over for him! With no act! All they knew was that I funny from talking to me, and that I was an actress. I had no stand-up experience at all! And this was Vegas! So, how unhappy with Howie Mandel were they?!

I, of course, declined, but totally expected to never hear of him again. And now, somehow, he’s judging talent. I know it’s been a long journey for him, and he’s gotten better, and he’s actually amusing upon occasion, but I just don’t get what his credentials are, either. And, as much as we all can’t stand Piers and his pompous attitude, Howie has been kind-of a male unit to some of the contestants, as well.

Okay, so here are my last few annoyances with the final shows. Piers stated, in absolute earnestness, “We need to find a big, big star,” to which I answered the TV, “No, we need to find a cure for cancer!” How can anyone take shows like this seriously??? I’m really happy that it gave opportunities to people who wouldn’t have them otherwise, but there’s nothing necessary about it.

There was a recent clip of one of the two pretty, but not great singers, sisters exclaiming, “This shows you can achieve whatever you set your mind to.” So not true!!! No matter how hard I may try, I’ll never be a tennis champion. Or a singer. Or a rocket scientist, though that one’s actually more achievable for me than the previous two!

All the contestants say that they’re “near” their dreams, which means that they’re missing the journey, the most important part.

Back to the idiot judges. The producers need to re-define their jobs for them. I don’t think that they’re really supposed to be telling the audience who they think should win; rather, they should just guide the viewers along. At one point during the final competition show, when Piers was being especially bombastic, Mr. X admonished, “Don’t take it so seriously, pal! It’s a goony TV show!”

The worst thing ever done on this season’s AGT is that Piers Morgan buzzed Prince Poppycock with about three seconds to go in his rendition of Nessun Dorma! Just when he was gearing-up for his final high note! They should disable those obnoxious things for the last show, don’t you think? How cruel to ruin this guy’s final moments on the show, and the tape that he might like to have for posterity. (Mr. X finds it amusing that I, maybe because I have  more tape on myself than possibly even Ryan Seacrest, always worries about everyone’s recordings.) That was beyond a self-indulgent move; it borders on evil.

The opposite of Piers is Nick Cannon, who’s the kindest host ever. He’s always looking-out for the contestants, especially the ones who need it most. And he’s funny and adorable, too. Mariah Carey is so lucky to have found him. The best part of the whole season was when he brought out that chubby female singer who had been rejected by all the judges right off the bat (her name was something like Spongetta, for reals,) and not only dueted on what I think is her original song, Studio, but surprised her with T-Pain joining in! Mr. X and I were screaming with delight for her! And, of course, I was verklempt. (I predict it will become a hit and make her at least a temporary music biz celeb. You read it here first! I hope.)

Last rant–the most inane thing ever was Howie almost yelling at the audience, telling them they have to vote, like it’s donations on a telethon they were asking for. What a travesty. He said you “must vote if you want to keep your favorites here.” Where??? It was the finale, so everyone was going home the next night!!! Did he want the public to decide which act had to be held captive at the studio and become the Phantom Of America’s Got Talent? Is that what he meant? Or is that just a hint of yet another asinine reality show–to see who has to live at the place forever? I swear, that may be coming next.