LOVE AND OTHER DRUGS

I haven’t reviewed any of this year’s crop of films, only because there have been none that I loved, hated, or that inspired me to even discuss. They’ve all been just mediocre for me so far. That is, until I saw this dud the other night. My mouth waters to warn you about it.

I needed to take some drugs to get through this snooze-fest! I don’t read reviews of movies or plays before I see them, so I really don’t know what other people thought of Love And Other Drugs, but if anyone says they liked it, I have a feeling they’re either easy to please or fudging a bit. 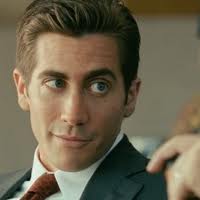 I didn’t laugh even once and was bored to tears. The opening montage of Jake Gyllenhaal being charming was fun, but the movie went downhill from there, especially when the super-self-indulgent Ann Hathaway came on. I honestly didn’t get at all what she trying to portray in her first scene at a doctor’s office, and thought that she was going to turn out to be a scam artist to rival the character played by Jake Gyllenhaal, not a girl who was really ill.

I’m so not a fan of Ann Hathaway, so I would assume that it would be her way-too-full-of-herself am-I-not-adorable acting that would ruin the film for me. Her acting is always so obvious; you’re aware that she’s Ann Hathaway at all times. I just couldn’t get into her character in Love And Other Drugs at all. I really can’t figure out how she got this far in the biz. There just have to be better actresses for her roles.

But actually, her acting was only part of the problem. Mainly, I don’t know what the story was trying to be; was it an indictment of the prescription drug business, a sad story of a sick girl, a love story of a former player, or a brother comedy? Judging by how many times Ann Hathaway was naked, I’m assuming it was supposed the third, but it was just too diffused. And the relationship storyline was so pat. (And, no matter how many times she and the director, Ed Zwick, say the nudity was essential to the story, it definitely was not.)

On top of the muddled genre, the writers and director never follow-up on several of the themes: what happened to the homeless man who got better-looking just once from taking the anti-depression samples? He should have shown-up as working in a doctor’s office, at the very least, some time after the scene saying he had a job interview.

And what happened with the brother’s marriage? He said, near the end, that sex with a stranger made him realize how much he misses his wife and that’s the life he wants, but he was already a mess because she kicked him out, so how does this “revelation” manifest itself in his life?

And what about the superb actors, including the rarely-seen-anymore George Segal and the late Jill Clayburgh, as Jake’s parents? They have one scene and are never to be heard from again! What a waste of an excellent supporting case. I kept praying for them to come back. (Or for me to get to go home.)

Even the ever-talented Jake Gyllenhaal couldn’t save this mess. I feel like he took the gig because he just wanted to lighten-up a taste, from his usual heavy roles. (Afterwards, he said his two favorites are Brokeback Mountain and Jarhead, not exactly light fare.) He definitely seemed to be friends with Ann at the Q-and-A, (which he must have flown in to be at, fresh off his coffeehouse tour of the South with Taylor Swift,) but on camera, he had so much more chemistry with Heath Ledger!

The post-screening Q-and-A was only a tad more entertaining than the movie itself. For once, we had a good, try-to-move-it-along moderator, whose name I didn’t catch, but I believe he said he wrote the article on the movie for Entertainment Weekly. (I tried googling him, but gave-up after a half hour with no luck.)

Jake was darling, charming, natural, and brief. Ann could not stop rambling, thinking she was giving cute, clever asides, and interrupting the moderator to weigh in on every topic, making them all about her. (Maybe she should take a tip from the name of this site and remember “it’s not about me.”) I’ve never seen so many audience members get antsy and start to leave during one of these sessions, especially with a very well-thought-of actor such as Jake participating. Ann made it seem as long as the tedious movie felt. (I was shocked when I found-out later the film wasn’t even two hours long!)

When we finally left, my guest, who said she liked Ann on the way there, said she now didn’t like her, either, after seeing her in person. She said, “Now I know what you mean,” when I imitate her phoniness.

It’s funny–I’m sitting here needing an ending to this review, and then thought that maybe everything doesn’t need an ending, per se. But then I realized that at the screening, I was grateful for Jake’s character’s last line, which explained why he liked her, since it was far from obvious from the story. So, that’s my ending, too–we, the audience, needed his attraction to her explained.

[Here’s a better ending to this column, although it’s a sidebar about another screening I just attended last night. I’m putting this story in my last Celebrity Sightings column of the year, that’ll be posted towards the end of the month, but it was so exciting to me that I have to tell you now.

Justin Timberlake was one of the speakers at the end of the Social Network screening, {and, here’s a sidebar to my sidebar: he was on crutches from an accident he had on a set the previous night,} and was talking about how great the film’s use of music was. He was describing how intense it was at one point and said that it made the scene so exciting, “like the bank robbery scene in Heat.” And, sitting right next to me, was Ray Buktenica, the actor who played the bank manager who got punched-out by Robert DeNiro in that very scene!

I looked right over at him, and he had a bemused smile on his face. I asked if he was going to go over and thank Justin after, and, being the classy, non-self-promotional guy he is, of course he wasn’t. But it was a fun experience for me to witness the lauding by Timberlake. I can’t even imagine what that must have felt like for Mr. Buktenica. If it had been me, I’m sure I would have screamed. Loudly.]