Because of the upcoming SAG Awards this week-end, which lead up to the Oscars, I’m reviewing several movies this week and next, beginning with this one, which is one of the few with nominations that I actually enjoyed.

Basically, Flight was painful but riveting. Spoiler alert for this paragraph of the review, but I have a feeling everyone else in the world already knows what this film is about. I think I’m the only one who didn’t go in knowing that the main character, an airline pilot played by Denzel Washington, is an alcoholic!!! Okay, I have to fess up and admit that I didn’t even realize it until the end! I guess I should have had a V-8 before I saw it! 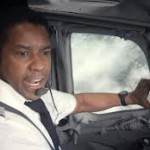 I have only three points to make on the subject. One is that I think this is the best work Denzel’s ever done. Granted, I haven’t seen tons of his films, but I know that I kept seeing the pilot as a man, rather than as the movie star who plays him, which is rare for me.

And since I really didn’t know what the story was going in, I got to just follow along and see where it lead. I always think it’s better that way. Films are a journey, so why does everyone want to know exactly what’s ahead all the time?! Just sit back and let it unfold. (Unless it’s in the horror genre; then I have to be warned to stay away.)

Outside of Denzel’s performance, there were two powerful things that stood out for me. The first is the brief appearance by James Badge Dale, sort-of early on, as a cancer patient the pilot meets in the hospital. As his one scene went on, I thought to myself, “If this was an on-stage performance, he would get thunderous applause when he exits.” And guess what? The capacity-filled industry audience I saw it with did just that! We were compelled to! I hope someone let him know. 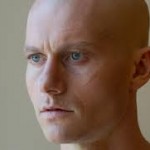 And do you know that I had to search the internet to find-out who that actor was? So many sites had the wrong guy! Shame on them. But James had played Chase, Kim’s love interest, in an early season of 24, so I had seen him a lot, and I could not recognize him for the life of me. It was like when Donnie Wahlberg was that crazy mental patient (hmm…“crazy mental patient”—sort of redundant, Karen) in the beginning of The Sixth Sense—I still can’t reconcile the on-screen face with the actor himself.

The second stand-out moment for me was just one shot of a little booze bottle near the end, that was held for just a few seconds. But it felt like an eternity. It was actually one of the most frightening moments of film I’ve ever seen. I kept praying for it to be over. It was almost Hitchcock-ian to me, except without the Psycho shower scene musical strains. I laud the person or persons who came up with this one. When I was a student of Cinema in my first college, this is the sort-of thing I’d center a term paper around! 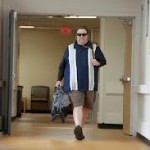 And that’s basically all the info on Flight you need. I’m sure every other reviewer went nuts over John Goodman’s performance, and he is excellent. I just get uncomfortable watching him because his breathing always sounds like he’s going to keel over at any minute and I worry whenever I see him in anything. At the screening, when the writer, John Gatins, spoke after it, he told us that there weren’t tons of ad libs in the film, but said that when Goodman’s character, a drug dealer, calls someone “Ceelo,” he had just thrown that in, and they all loved it. So did the audience.

Gatins was actually very informative in his Q-and-A, and mentioned he had been working on the script for a dozen years before he got a buyer! I love stories like that; they show us that nothing really is over until we are!

So, Flight is one I recommend, (and not just because I’m grateful that it’s the easiest title I’ve ever had to type!,) which is hardly the case with most in-contention films nowadays. And, for any of you addicts of any kind out there, let this also serve as a cautionary tale.