Trending
You are at:Home»MAGIC»MAGIC/THEATRE: MAGIC MONDAY 2019
By Karen Salkin on April 24, 2019 · MAGIC, THEATRE

Sort-of sadly for social-minded Angelenos, activities in our town are notoriously nonexistent on Monday nights. Theatres are dark, clubs are closed, restaurants are slow, and those of us who are still yearning for a night out are pretty much out of luck. But not in Santa Monica at this time of year, where Magic Monday is once again being presented for our entertainment pleasure. 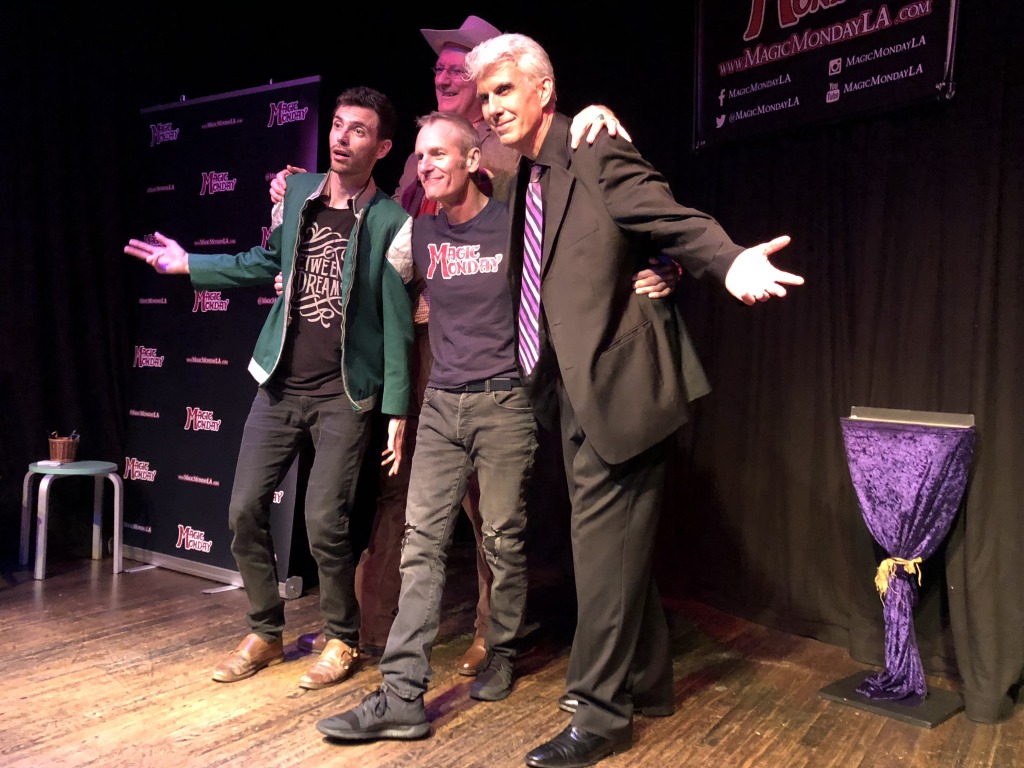 Magic Monday is a perfect-length show of magicians and variety acts at the intimate Santa Monica Playhouse every Monday night (duh) through September, and is tons of fun. At least it was on the night I saw it; there’s a different line-up each week. (Check their website below if you want to know before you go. But I have a feeling it’s all excellent. And you can see it every week and witness a different show each time, which is an added attraction of the five-month-long production.) 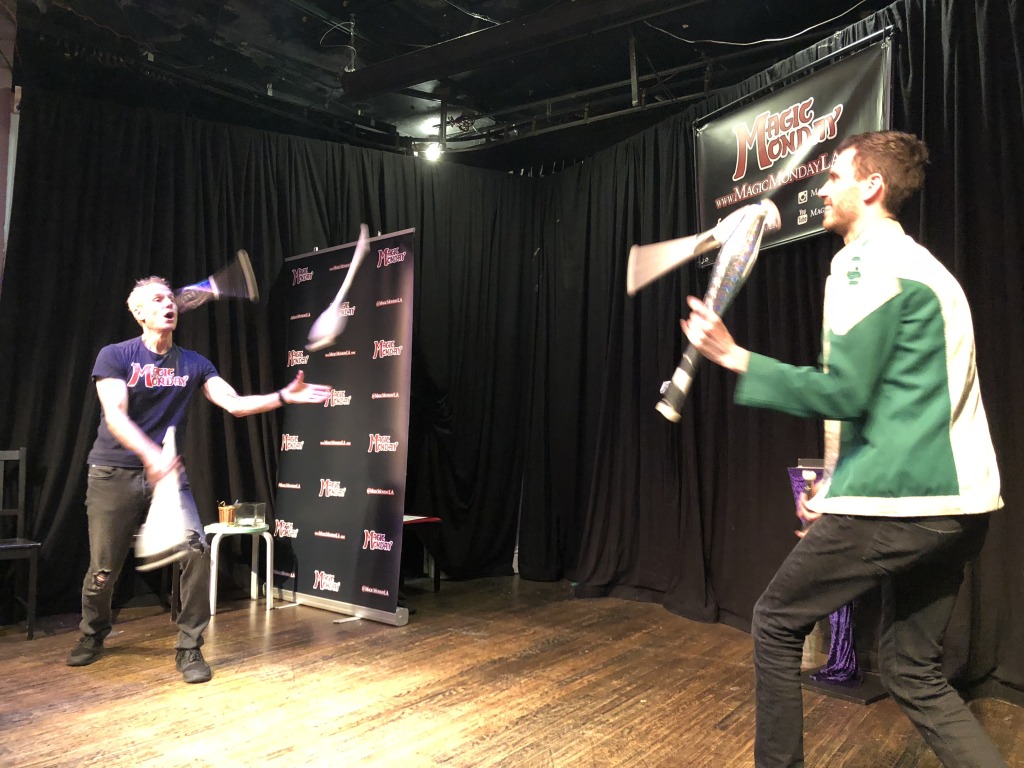 The host, (who’s also the show’s producer,) is always the same, though. It’s Albie Selznick, who is a well-known magician himself, so he knows how to choose just the right cast each week. And he keeps the whole show moving right along, doing little bits himself when warranted. I was very impressed that he even juggled a bit when I saw it! Who knew? (And it was not a magic trick—the guy can actually juggle!) 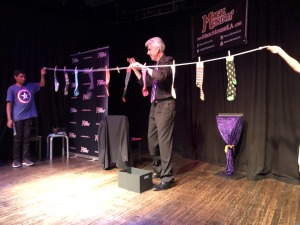 Christopher Hart and his young assistants. Photo by Karen Salkin.

So this is the group of performers I saw:

Seasoned veteran magician Christopher Hart ably stepped-in at the last second for someone who had to cancel, and he was a delight. Not only did he do a bunch of eclectic illusions, but he showed-us some of the hand exercises he does to keep his famous phalanges in shape. No kidding—his hands played Thing in The Addams Family films! So we saw a movie star that night! 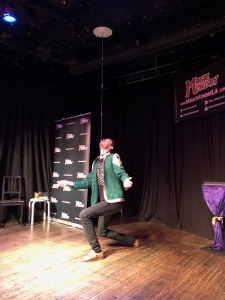 Then came cute, crazy, charming juggler, Chris Ruggiero. As many of you know, I was once in a circus myself, so I saw all the acts pretty close-up back then, but never in such a small space as this theatre, nor so up-close, so Chris was an especial revelation! My friend Marc and I even grabbed each other, and moved our bodies back as far as they went in our seats, when Chris jumped on an exercise ball and juggled…giant knives!!! It was all very impressive.

I did not have a clue what to expect when super-tall, cowboy-hatted Phil Van Tee (aka El Ropo) got introduced. But that man is a riot!  He basically does close-up rope tricks. Like ones with knots, not lassos. (The latter would have been crazy in that petite space.) As impressive as those tricks are, it’s his patter that’s so entertaining. He had us in constant hysterics. I didn’t want him to stop. 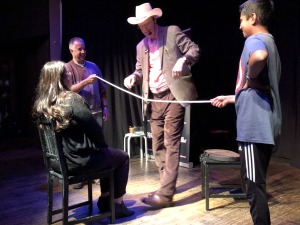 The entire show was so enjoyable. Marc had been a bit leery of just what it would be, and at the end, he was so happy that he had trusted me once again, (as all of you should do, too!) Since I had seen Magic Monday once before, I knew we could not go wrong with it.

One of my favorite aspects of the evening is the pre-show. A magician does close-up magic for everybody in the courtyard before the audience moves into the Playhouse for the actual stage show. Seeing magic right in front of your own eyes is, well, magical! This time it was Stephen Bailey, who goes by the moniker “Outstanding Steve.” He did more of an act for the entire assemblage, rather than going over to each group individually, as the man I saw last time did. There were a lot of people there, so it was probably better this way. Having someone perform out there early on like that really sets the mood for the evening.  It’s such a fun, summery feel. 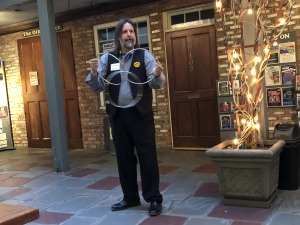 Outstanding Steve, working in the courtyard. Photo by Karen Salkin.

A staple of the production is a free raffle for passes to the exclusive Magic Castle. (The prize is just complimentary admission; the winners still have to pay for their very pricey dinner. But since it’s the only way most people will ever get to visit that iconic private entertainment club, where I once worked, by the way, it’s still worth it.)

So now you all know how to un-bore your Mondays! And trust me—that really is magic!