Trending
You are at:Home»LISTS»LIST: PEOPLE I NEVER HEARD OF BEFORE DANCING WITH THE STARS
By Karen Salkin on December 20, 2011 · LISTS, TELEVISION

PEOPLE I NEVER HEARD OF BEFORE DANCING WITH THE STARS

I really have no idea what made me think of this list to begin with, but once I started musing about the many supposed “stars” who’ve appeared on this show in that guise, my mind kept running with it. I actually then researched every season to make sure I didn’t leave anyone out. (And because, even with my crazy-good memory, I had forgotten most of them! Even seeing some of their names again, I still don’t remember them being on the show.)

The interesting discovery I made is that the commonly-held belief that once you appear on this show, your show biz star will permanently rise, is quite incorrect. While the exposure has certainly worked out for several, (Brooke Burke more than anyone!,) there are many competitors most of us had never heard of then, and actually have never heard of again! I even had to check on their name spellings multiple times!

Of course, I’m not counting the pro dancers on the show; none of us had heard of any of them (save for the ones who first appeared on So You Think You Can Dance,) since dancers rarely get famous, shamefully so. And now, they’re the real stars of the show!!! You can be talking with anyone about anything, and if the names “Derek” or “Maks,” for example, come up, most everyone will know who we mean. I seriously don’t think the dancers get enough credit. Or pay, probably!

And as to the co-hosts over the years, Mr. X and I hadn’t heard of all three of these women before this show, and kind-of hope we never do again once it’s run its course.

So, here are the contestants I never heard of before their appearances, in, as the show always states, no particular order: 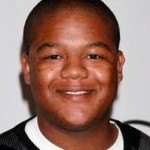 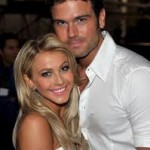 Chuck Wicks (who???) and his pro partner, and then-girlfriend, Julianne Hough.

Willa Ford (and never have since!)

Wendy Williams (who I still think is a man) 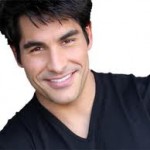 Funny man Mike Catherwood, who I hope will replace Regis and then get rid of the very unfunny Kelly Ripa! 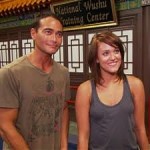 Mark Dacascos and his partner, a still-brunette Lacey Schwimmer.

Audrina Patridge (I’m still not sure what her name is) 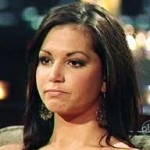 Rejected Bachelor winner Melissa Rycroft, who got a show business career from the rejection!

Giselle Fernandez (still don’t know who she is, and the show never even mentions her)

That’s it! Tomorrow, I’ll list the ones I had heard of slightly, but was basically unfamiliar with.